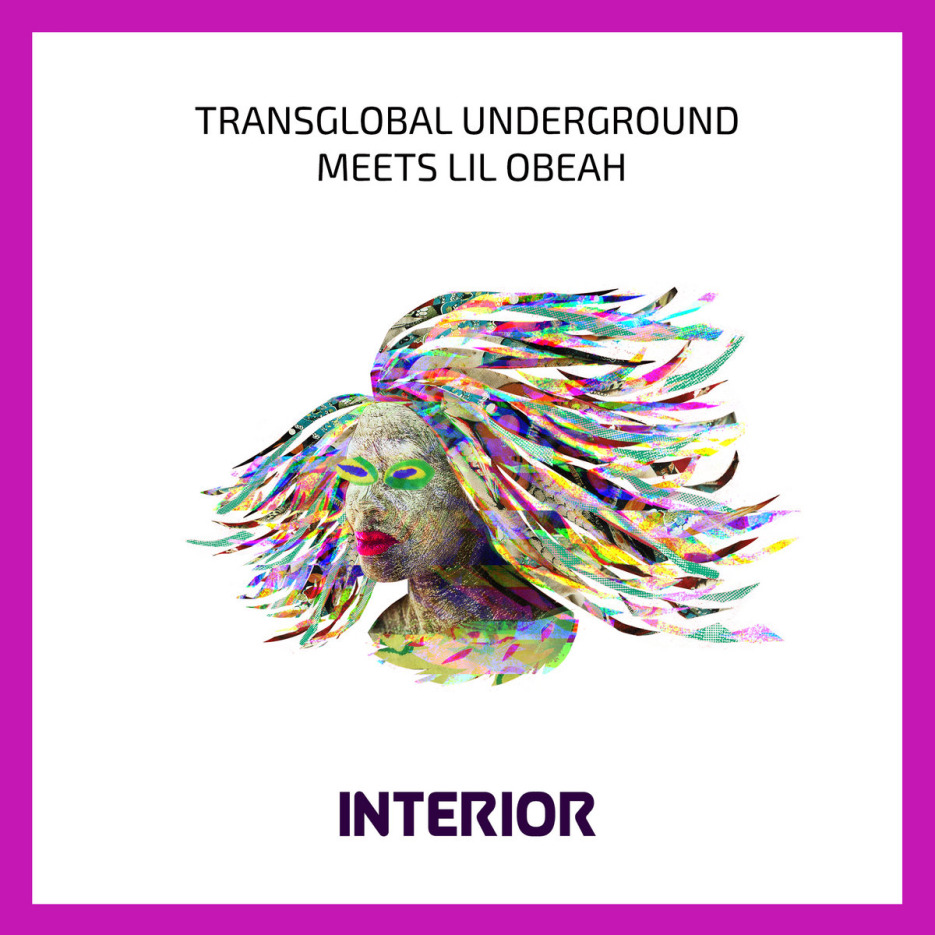 The notorious global fusion electronica anarchy London-based collective, Transglobal Underground, have teamed up with Transylvania’s Lil Obeah of the Sound of Art to Come label. Sometimes written as Trans-Global Underground or simply as TGU, the musical collective is specialized in a fusion of western, Asian and African music styles. Since 1991 they have been releasing a glorious selection of beats, dub, dancehall, acid house, drum ‘n’ bass, oriental fusion, bhangra, funk and hip-hop.

Their first four albums featured Natacha Atlas as lead singer and their debut single ‘Temple Head,’ championed by John Peel, is still a 90s anthem. In 2008 they won the BBC Radio 3 Award for World Music, after the release of their seventh album, Moonshout. Formed by Hamid Mantu, Count Dubulah and Tim Whelan in 1990, the band expanded into a collective of musical collaborators creating eclectic journeys with each album released: Dream of 100 Nations, International Times, Psychic Karaoke,  Impossible Broadcasting and even collaborations with the Albanian folklore group Fanfara Tirana Meets Transglobal Underground – Kabatronics. Their current release, “A Gathering of Strangers 2021” is a pan-European project recorded in London, Prague, Budapest and Sofia.

Both hailing from West London, Tim Whelan and Hamid Mantu were also previously members of British 80’s band Furniture and had played with the experimental psychedelic art-punk group the Transmitters. While with Furniture, both musicians began bringing in more culturally diverse instrumentation to the conventional rock band format. Their connection with Romania and Transylvania was forged in the Ceaucescu era, as they toured the communist country in 1988 and performed in major cities such as Cluj, Brașov, Sibiu, Bucharest and Constanța.

Inspired by their last album, out last year on Mule Satellite, the Walls Have Ears LP, to which the Transylvanian musician has contributed to the crowdfunding campaign, the two entities have formed an alliance to produce one side of the forthcoming Lil Obeah from Transylvania LP, coming out this winter.

Right here you can subscribe and get a new TGU release each month for the whole of 2021: https://transglobalunderground.bandcamp.com/subscribe

After ten years of making eclectic music, the dub ghost musician from Romania has tuned in to another frequency creating Lil Obeah from Transylvania. When it comes to his sound, he defines it as duppy dub from a parallel universe – The Shape of Dub to Come dimension.

Because we need more women in art and music the Interior dub is privileged to welcome the superb voices of Cristiana Bucureci and regular TGU contributor Raphaëlle Von Glitz. These creative, courageous ladies take the sensually creepy concept and take it into another Universe, into pure lyricism inspired by Les Fleurs du mal.

Lil Obeah’s roots are a very eclectic batch of bands and artists, including his past projects Crowd Control, The Shape of Moombhaton and Tunesinnaourheads. He is inspired by the strangest and most special Romanian sounds, ranging from weird experimental authentic local dub to traditional reggae-dub with ska and rock influences, from 1986 to present days.

All Cristiana Bucureci vocals recorded by Marius Costache at Studio148