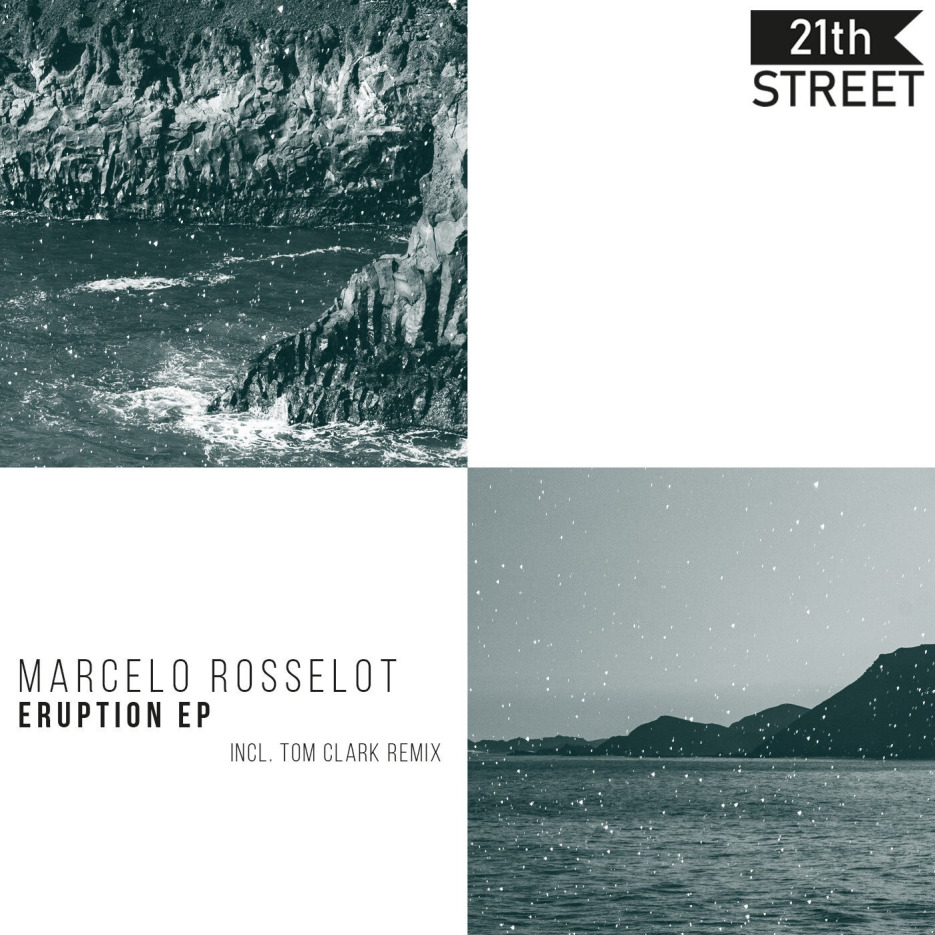 Italian label 21th Street Records returns with a steaming release titled “Eruption EP” signed by Chilean artist Marcelo Rosselot alongside Berlin-based DJ and producer Tom Clark of Highgrade Records on remix duties. The imprint was founded last year by Entoniu & Agape in order to serve as a playground for their own releases yet it steadily grew and now welcomes emerging and established artists from all over the world to showcase their productions skills and vision. Among those who so far contributed to the catalogue we find CL-ljud, Fabrizio Siano, Dragosh, 2Acid, Radu Mirica, Simone Tagliabue, Alex Fuente and Danilo Schneider.

Marcelo Rosselot is well-known for his activity in the international electronic music scene for quite some time now, having started his career as a DJ and producer more than 20 years ago. In 2007 he co-founded Andes Music, the first vinyl label in Chile, which has a remarkable discography that includes works from artists like Alejandro Vivanco, Felipe Valenzuela, Francisco Allendes, Alexi Delano, Martin Vannoni and himself. His style can be described as a fusion of minimal techno, dub and acid with all that special “Chilean” spice. Among the labels he collaborated with we find Little Helpers, Weave Music, Sound Architecture, Gastspiel Recordings, Musique Unique, Cadenza, Kling Klong and Wok Records, to name only a few.

Inspired by the Colbuco volcano “Eruption” in Chile back in 2015, the title track reveals an uplifting sound infused with warping basslines, constant background tremours and driving percussive variations. The telluric movements are perfectly captured by the intense frequencies rumbling on the soundsystem. Following, “El Viaje” goes for a rather different groove, one where funky and electric layers elegantly blend with stripped-down drumming patterns, intense synth work and twisted breakdowns. Tom Clark‘s remix takes the original into a wobbling dimension set at 123 bpm while adding cosmic elements and inspiring vocal samples. The rhythm undergoes several transformations as well, providing a smooth progression throughout the whole journey.

Listen to the snippets and grab your copy of Eruption EP from Beatport.