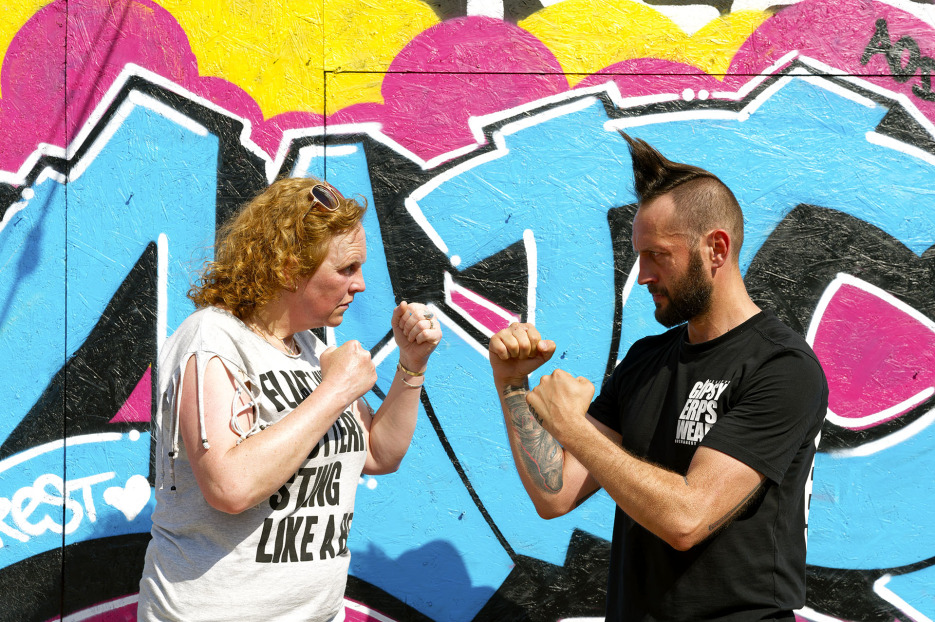 MICK LA ROCK visited Bucharest for a few days, and we were super lucky to meet her & ERPS at Galeria Neagră, where she painted a quick piece.

Mick La Rock is doing graffiti and murals since 1983 and is considered by many artists in the graffiti scene a living legend. On many occasions, she painted alongside NYC’s graffiti king Blade.

In Bucharest, Mick La Rock met with one of the first graffiti writers in Romania, Erps, at Galeria Neagră, that was hosting his solo exhibition. In only a few minutes, she did a nice and colourful burner using an old school type for the letters. Despite the super hot weather that melted everything, the artwork made by Mick La Rock is super clean and fresh.

Watch the video and discover the writing style of Mick La Rock.

In 2020, alongside Falk Schacht, Mick La Rock presented the exhibition “Martha Cooper: Taking Pictures“, hosted by Urban Nation. The tour through the museum gives special insights into Martha Cooper‘s documenting process of the graffiti movement, right at the beginning.

Working as an urban art consultant, Mick La Rock was involved in 2018 in preserving the mural made by Keith Haring in Amsterdam back in 1986. Follow Mick La Rock on Instagram and discover her many works and her new and minimalistic style.