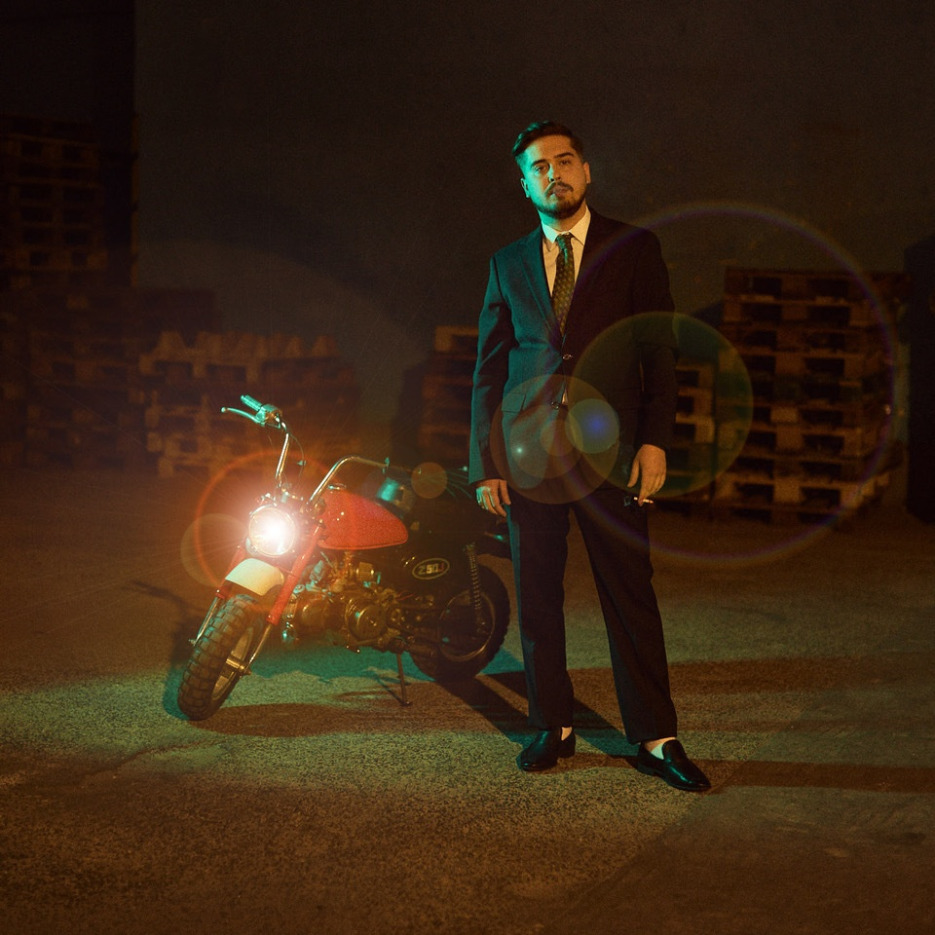 Perrin’s debut album: mix of cultures and sounds of his hometown

Soma Palotai aka Perrin is one of the most distinct voices coming out of the constantly changing amalgamation of styles that is current day Budapest. His debut LP, High On Glitter, mirrors the exciting mix of cultures and sounds of his hometown. Set to be released at the end of June, the record ushers in those summer night good vibes we’ve all been waiting for, while still keeping things interesting for the discerning ear. The LP follows closely in the footsteps of the three previous singles, which garnered press mentions and radio airplay in Germany, France, Italy, Austria, the UK, Romania, Slovenia and Serbia, as well as his native Hungary, and led to working with the likes of Casio and hip outdoors brand Ykra.

Previous releases have been featured on Apple Music’s Breaking Alternative playlist (1st place), Spotify editorial playlists New Music Friday and their local indie-pop playlist Nemazapop, as well as the Hungarian Indie and New Music playlists on Deezer. Perrin has been selected as artist of the month for MTV brand:new, has been featured on index.hu, the most visited Hungarian news site, as well as on Electronic Beats and szeretlekmagyarorszag.hu, one of the most popular lifestyle pages on Facebook. Previously released singles have been on rotation on Germany’s DLF Nova radio, Radio Fragola in Triest, Italy, Fréquence K in France on the Côte d’Azur, and on Radio Opus 3 based in Vilnius, Lithuania.

After being picked as one of their competition winners, Perrin has been featured on the global social accounts of CASIO. This led to the brand providing funding for the artist’s next music video, which was then premiered on the brand’s own Youtube channel. Another video project, this time for ‘The Hills’ was shot in the picturesque Káli-basin, sometimes referred to as the Toscana of Hungary. The nature & hiking themed video led the artist to release a limited collection of merchandise in collaboration with Ykra. Fans could win the exclusive pieces through a competition run on the artist’s socials.

“A few years ago, when my first EP came out, I wouldn’t have thought that one day I’ll be working with such a pro crew as this. We switched from my bedroom to a professional studio, using real instruments instead of samples, with some of the best musicians I know playing in the sessions. Working with these guys has been a real honour for me personally, just as having the chance to record at Record Low studios. Szabi Puha, the recording engineer there really helped us a lot with the process. In addition to giving us technical support, he was there all the way for us, from the very beginning, which really meant a lot and made it possible to bring out the best versions of these songs.

“Some of the tracks on the record we already had more or less ready even before COVID hit, but they then all came together in their final form during the pandemic. Having said that, these are not sad, melancholic pieces – on the contrary. I really felt that people need some positive vibes in their lives right about now. If we can make them smile and have some fun with our music while all this bad shit is going down in the world, then I say it’s already been worth it. My friend and bandmate, Soma Harmath, says my lyrics are ’simply smart’ – if that’s what others think that’s totally fine with me. For years now I’ve been trying to make pop music that doesn’t want to carry the deepest possible meaning in its lyrics, but isn’t lame or stupid either. I hope I have found the right balance with these songs.

“The sound of the record is a mix of how my first demos sounded and the instrumental parts we recorded in the studio. The mixing process was exciting, we used a different approach than before, a different flow, a new working structure. We wanted things to be tighter, cleaner, simpler. When opting to go with a vintage drum machine, Moog and guitar, we were hoping to take listeners on a journey into the past, but also into the future and outer space, all at the same time. Hope you like it, kisses, Perrin.“