“A love letter to the film noir aesthetic.” – Realma 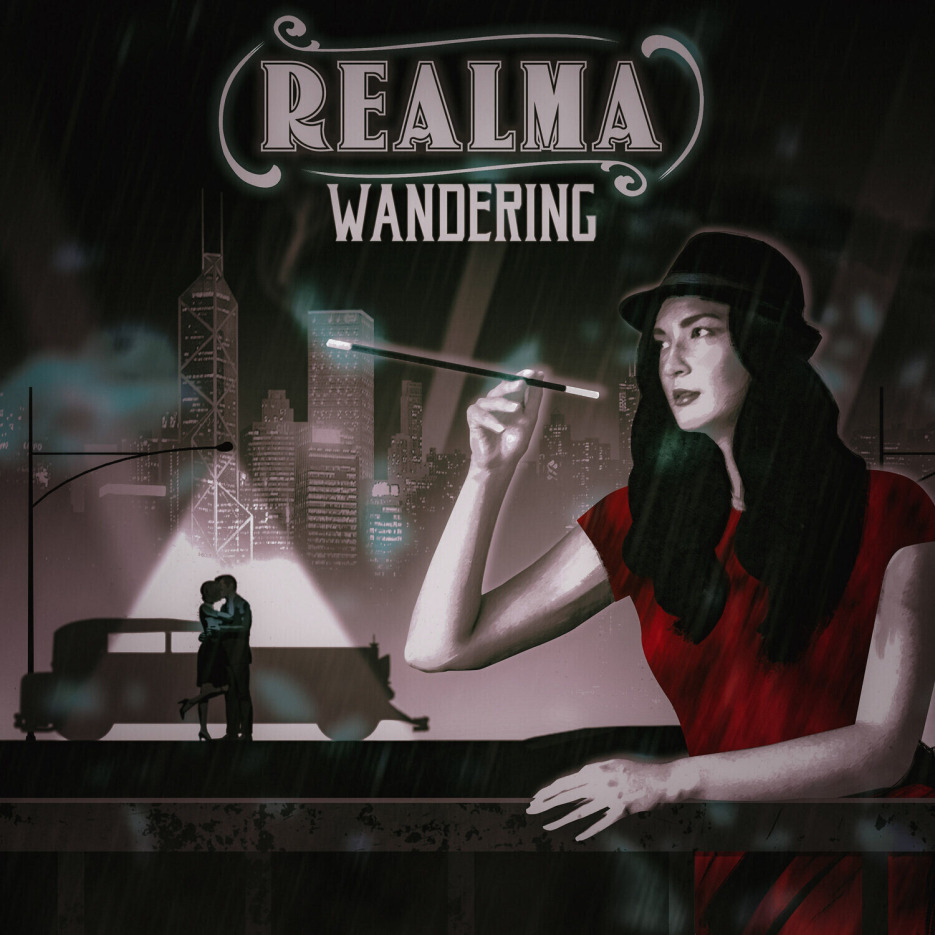 “A love letter to the film noir aesthetic.” – Realma

Realma is ready to unveil her brand new orchestral single ‘Wandering’ and invite thrill-seekers everywhere to experience its compelling sonic narrative. A microcosm of a bygone era in cinema, Realma’s jazzy single ‘Wandering’ perfectly encapsulates the style and drama of the film noir genre. Nonetheless, the song is a tribute to both old and new, incorporating modern whimsy and charm whilst maintaining classicism at its core. To reach this point, the music followed an unusual creative journey:

“Two years ago, I had this assessment at Pointblank Music School in London for songwriting. Busy with full-time film and drama studies, I just wanted to quickly compose a simple love song. Despite writing lyrics of standard sweet nothings, I found this borderline obsessive tone when I revisited the material. It’s as if the words described abusive relationships, a few of which I’d witnessed with those close to me. With that came the idea to venture into the highly dramatic genre of film noir, which I am a huge fan of, and give it all an orchestral treatment from my classical music background.”

Realma’s new track marks the second instalment of her long-term audiovisual collaboration with a worldwide group of young artists. The main accompaniment to the song is the animated 3D music video by the award-winning animator and 3D artist, Mihajlo Dragaš:

“The starting idea was to implement the recognizable style of classic black and white noir films, with symbolical accents of color similar to graphic novels like ‘Sin City’. The use of dark city environments, atmospheric fog and rain adds even more to the story of passion, revenge and love, including a striking twist at the end. Together with the music, it all came to be a kind of a love letter to the film noir aesthetic”.

Alongside the animation, another highlight is the live performance video with a notable jazz ensemble, and string quartet shot at the Belgrade club ‘Dim’, known for its unique industrial appearance and a sense of underground culture in the city. Further additions will include a Pina Bausch inspired dance theatre video, as well as a comic booklet.

Realma is thrilled to be delving further into the music world with a single that explores a whole new angle of her interests and insights – ‘Wandering’ introduces yet another distinct realm in her musical universe. Keep an eye out for her next two singles later this year, which will further emphasize the unique divisions of her musical persona.