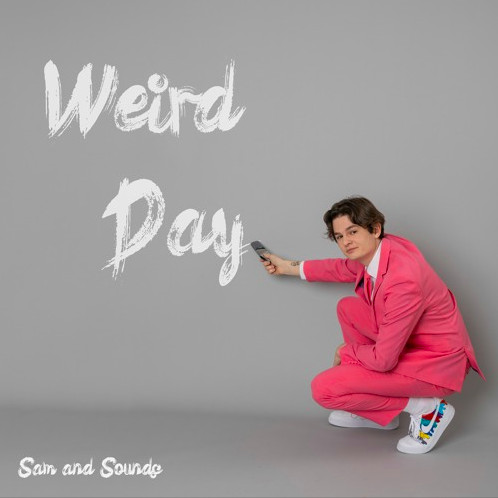 Pairing the warm sounds of a ukulele with Sam’s pitch-perfect vocals, ‘Weird Day’ is an enchanting love song that sees the Surrey-born artist serenade the special girl in his life. It marks his second single release in quick succession, following January’s Silly’, a track that Indie Central Music described as a “stunning feelgood anthem”.

“‘Weird Day’ was, at first, meant to just be a song about liking sleep!” Sam explains. “But it turned into a much deeper concept. The idea that dreams might be the only way of being with someone you love really appealed to me.

He continues: “For me personally, the meaning of the song was driven by not being able to meet up with or hold and hug my girlfriend during the national lockdowns caused by the pandemic. However, I’ve since realised that the lyrics to the song could well represent different situations to so many people.”

After launching his music career in the depths of a worldwide pandemic, his first six singles, ‘Do It All Again’, ‘Addicted To You’, ‘Cloud 9’, ‘In Time, She’s Mine’, ‘Mamma Mia Girl’ and ‘About You Now’ soared to over 1.7 million streams and 54,000 monthly listeners in the space of a few short months. He was also listed by Indie Music Central as one of their top three artists of 2020 and nominated for their ‘Indie Discoveries of 2020’ awards.

Continuing his hot streak with another emotion-drenched single, 2021 is destined to be the breakout year for Sam and Sounds.

To find out more about Sam and Sounds, go to: