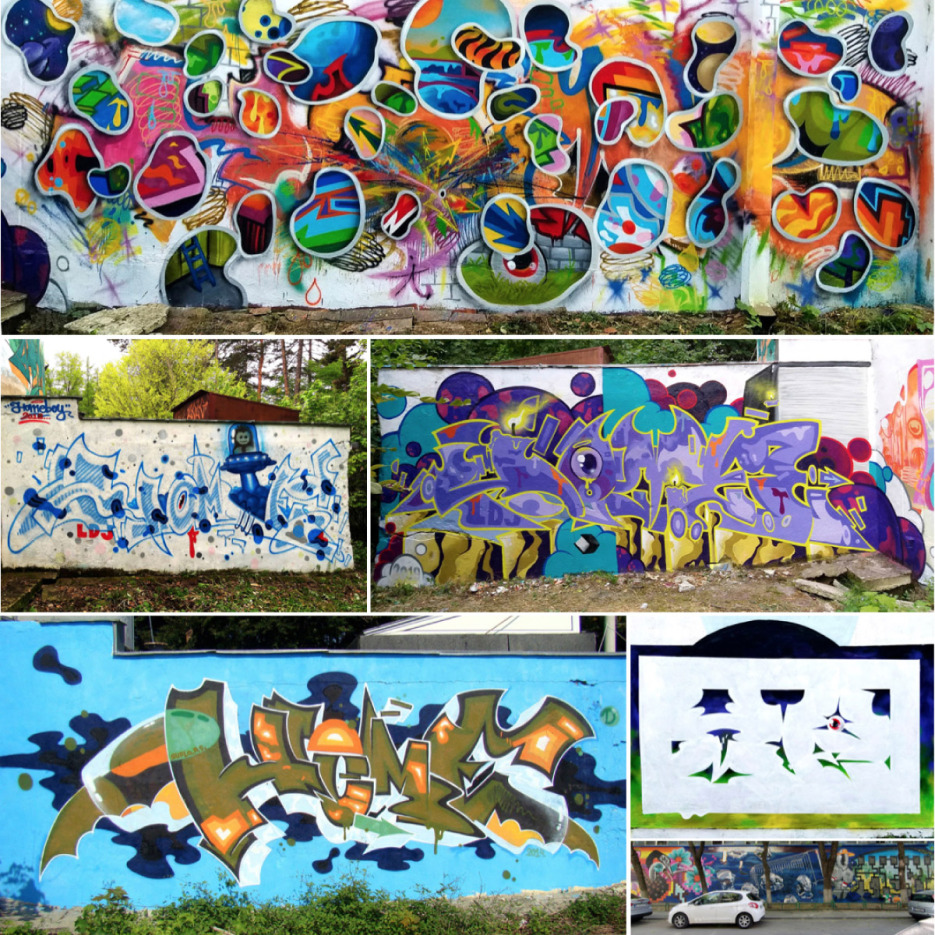 Welcome inside the artistic world of Homeboy LDJ, a Romanian graffiti writer. Although he is one of the first writers on the local scene, having started to paint walls back in 1997, his presence and appearances are super rare and covered in mystery. Homeboy LDJ exhibits his work at some of the most important local art & design events, like SISAF (Sibiu International Street Art Festival), NAG (Noaptea Albă a Galeriilor, RDW (Romanian Design Week), and he painted a series of walls in different countries. But still, you have to go very deep into the graffiti world to know about his new and upcoming projects.

After so many years of explorations, HOMEBOY LDJ is still relentlessly using lettering as a form of art and expression. For him, the letters are a pretext for new experiments. He can compose and decompose any shape and apply many different styles in a single image.

From time to time, HOMEBOY LDJ incorporates quotes, elements and fragments from graffiti godfathers like Dondi and underground cartoonists like Cheech Wizard. One of his main goals is to transform the wall/paper/canvas’s flatness into a 3D universe.

Next time you visit Brașov, check out Strada Sforii, a historical landmark, and one of the narrowest streets in Romania, freshly painted by HOMEBOY LDJ.

Using a super wild and elaborated style, HOMEBOY LDJ perfected his skills and documented his evolution in a wide series of sketchbooks. A few pages can be seen on his Flickr account.

If you are an urban explorer and want to see some of the works made by Homeboy LDJ, you can visit the Un-hidden Romania map to find the addresses. This form of art is mainly ephemeral, and only a few pieces survive. That‘s why street art and graffiti books are a good way to keep this movement alive by preserving the disappeared works. Grab your copy of the Un-hidden Romania book, and you will receive a large collection of images with street art and graffiti made by local and international artists during the past years.