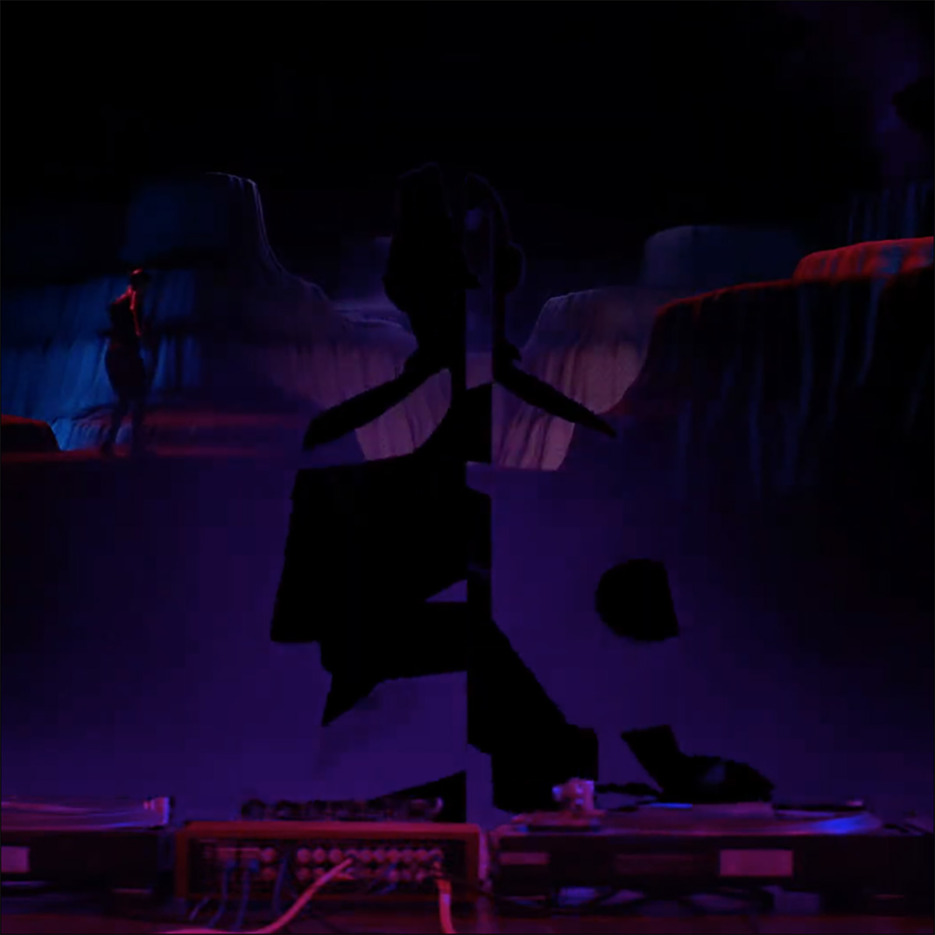 Listen to the 3 hours set recorded by Priku last night at Sunrise Hub, in Bucharest. The journey starts with positive vibes and uplifting rhythms. Throughout the set, Priku dropped various genres of the electronic music spectrum, including microhouse, minimal, techno & dub techno mixed with his own productions and array of unreleased tracks. Using both cd players and turntables, Priku manages to create multiple and different tensions and contrasts between the transitions, keeping the listener in a captivating mood. Although it was a live transmission for people to watch from home, Priku presented a dynamic and energetic set suitable for any dancefloor.

Press play and get ready for an intense and emotional trip guided by Priku through his musical collection.

Noetic visually animates the entire live stream with intricate and fluid patterns that emphasise the sounds and vibrations.

To learn more about Priku, you can read many articles and reviews we‘ve been publishing recently. As he is one of the most active artists in the underground electronic scene, his music is constantly released by many interesting record labels such as Introspections, Berg Audio, Octophonic, BPLR Records, Eastenderz 014 / 024, & Savor Music.

He also works as a publisher, having founded two record labels, Motif Records and Atipic, where he released two EPs under his real name Adrian Niculae 1 / 10 and a series of emergent artists like Jorge Savoretti, Ardb, Romar, Alexis Cabrera, Vlad Arapasu & Andu Simion.

As the main curator at the sub-label Atipic Lab, Priku has gathered an interesting group of artists around him, Cosmjn 004 / 012, Livio & Roby, Aparte, Dan Blatov, VincentIulian, Vlad Arapasu, Floog, Arapu, and together they released a short but consistent discography.

Since many of you asked about the track in the video we published on instagram, here is the answer: Alci – Ukiyo (original mix), soon to be released by RTC series.

The feeder sound II project is organised by Save or Cancel team, composed of Cristina Popa (random) and Andrei Racovițan (ubic), through feeder.ro.