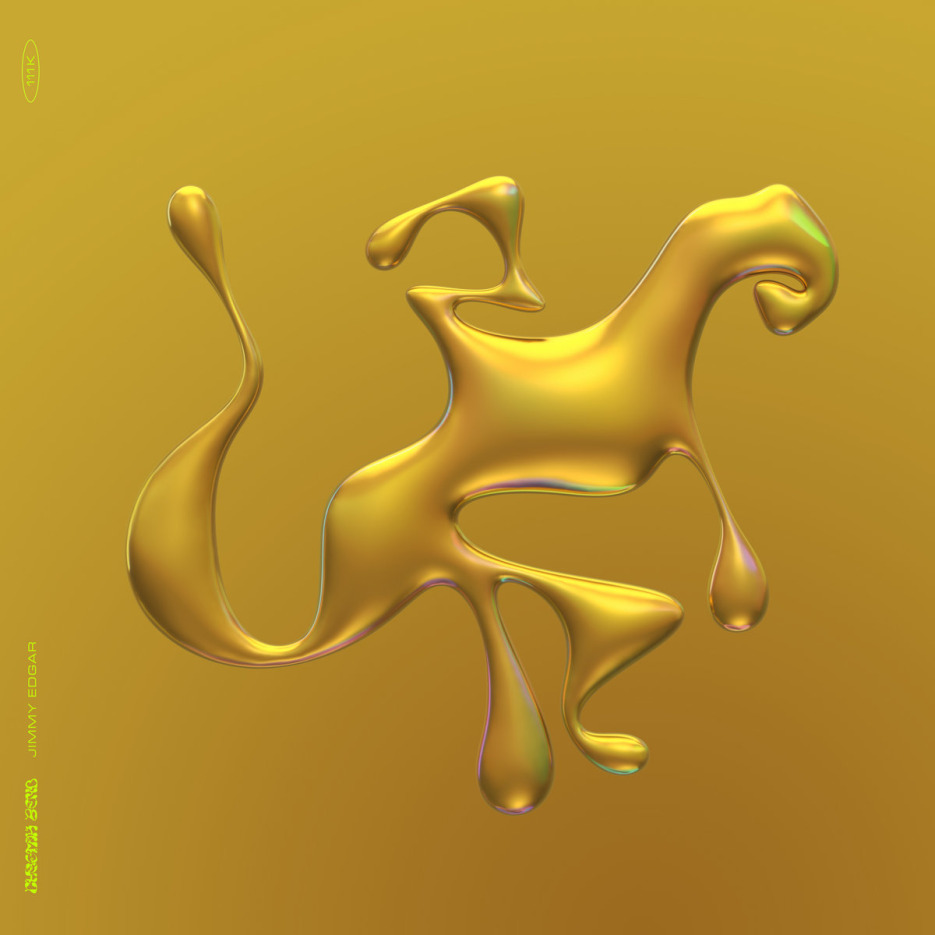 Looking back, Jimmy Edgar has a lot to be proud of. Over the course of the last decade-and-a- half, the Detroit native has proven both a celebrated favorite and consistent fixture of dance music in its multitudinous forms. Looking over the arc of his lengthy and diverse discography, both under his own name as well as pseudonymously, it’s hard not to see him as one of the most innovative producers and skilled sound designers to emerge this millennium, an artist whose legacy has touched untold numbers of home listeners and dance floor revelers alike.

Since first emerging onto the scene as a prodigious teen via early pseudonymous offerings for respected electronic labels like Merck, he broke out properly under his own name in 2004 as a Warp Records act. Jimmy Edgar swiftly proved a savvy figure in the IDM world by employing the homegrown sounds of electro and ghetto-tech as part of his glitchy compositions. A restless innovator, he honed his skills in the ensuing years, eventually moving to the storied German city and developing a newfound affinity for techno there.

Location often sparks inspiration. Sometimes, all it takes is a change of scenery to introduce something new in one’s creative process. For Jimmy, the move from the dance music mecca of Berlin to the sunnier climes of Los Angeles proved a turning point in an already formidable career of artistic exploration. “Berlin was a self aware bubble where I was able to be immersed into music and rhythms simplicity,” he says. Relocating stateside in altered his perspective once again, exposing him to a wider musical universe, including modern mainstream hip-hop and R&B that had been shadowed out while living overseas.

“The more you open the doors to sounds and ideas, the more exploration you find fresh. Moving around and opening myself up to other sounds allowed me to find my sound.”

He refers to the period as one of research and development. Before long, he was producing for everyone from former Danity Kane singer DAWN to erstwhile Odd Future associate Vince Staples.

Continuing on his spirited journey through the multifaceted realm of electronic music, Jimmy makes a grand return to the solo album fat with ‘Cheetah Bend’ for Innovative Leisure, the same label behind his most recent J-E-T-S output with Machinedrum. Recorded over the past few years in multiple cities including Atlanta, Detroit, and, of course, L.A., it draws upon his vibrant discography as much as it does the contemporary ubiquity of rap music. Coming some eight years after ‘Majenta’, his oft-explicit set of pop-wise booty anthems, the album improbably synthesizes what might seem like disparate styles together, resulting in something as cohesive as it is engrossing. “The value I bring is hybridization,” Jimmy explains of his approach.

“I think about different universes of sound coming together to create an entirely new domain of knowing.”

From the opening whirr of “Crown” onwards, ‘Cheetah Bend’ does precisely that, unspooling fresh perspectives and glistening sound design that flaunts genre rules while respecting genre spirit. “Have A Great Now!” evokes classic West Coast boogie without dropping a beat, while “Zig Zag” gorgeously reconciles deconstructed club with the glitch work of his past. “Curves” seems to capture Berlin and L.A. in one fell swoop, creeping and bleeping towards its close with cinematic gravity.

Building upon his prior collaborative endeavors, not the least of which being the various EPs released on his own Ultramajic imprint throughout the 2010s, ‘Cheetah Bend’ finds Jimmy working in tandem with a veritable vanguard of forward-thinking artists towards his unique vision.

“SOPHIE and I spent time together trading files, sounds and techniques, developing a new kind of version of modal synthesis,”

Jimmy says, having used resonators and delays to emulate sonic environs akin to pipes, tunnels, and vibrating sheets. SOPHIE and TNGHT’s Hudson Mohawke respectively assist on the tenuous bass rattle of “Metal” and “Bent,” adding their inflections to Jimmy’s signatures.

Beyond these production partners, ‘Cheetah Bend’ achieves its ethos with the aid of some well- placed vocal guests. Rapper Danny Brown does irreparable microphone damage to “Get Up,” a tough love motivational set to springy synth flourishes and bass rattling. Toronto singer Rochelle Jordan, a recent J-E-T-S collaborator, imbues the lithe R&B suite “Crank” with her breathy delivery, while Atlanta trapper B La B spits streetwise singsong over a rugged and snappy beat.

“I bring an energy to the room whatever I do I wanna be the best at it – ideas, direction and technique refined,”

By the time ‘Cheetah Bend’ wraps, it’s hard not to see how far Jimmy Edgar has come from his early days. The culmination of a catalog brimming with high points, the album rewards fans who’ve gladly stuck with him over the years, and invites a new batch of listeners to dive into his world. Above all, it remains true to his artistry. “I’m not willing to sacrifice integrity,” he asserts, reflecting on the path that got him here.

“Now we create a new reality.”

Grab your copy of Cheetah Bend album at Bandcamp.