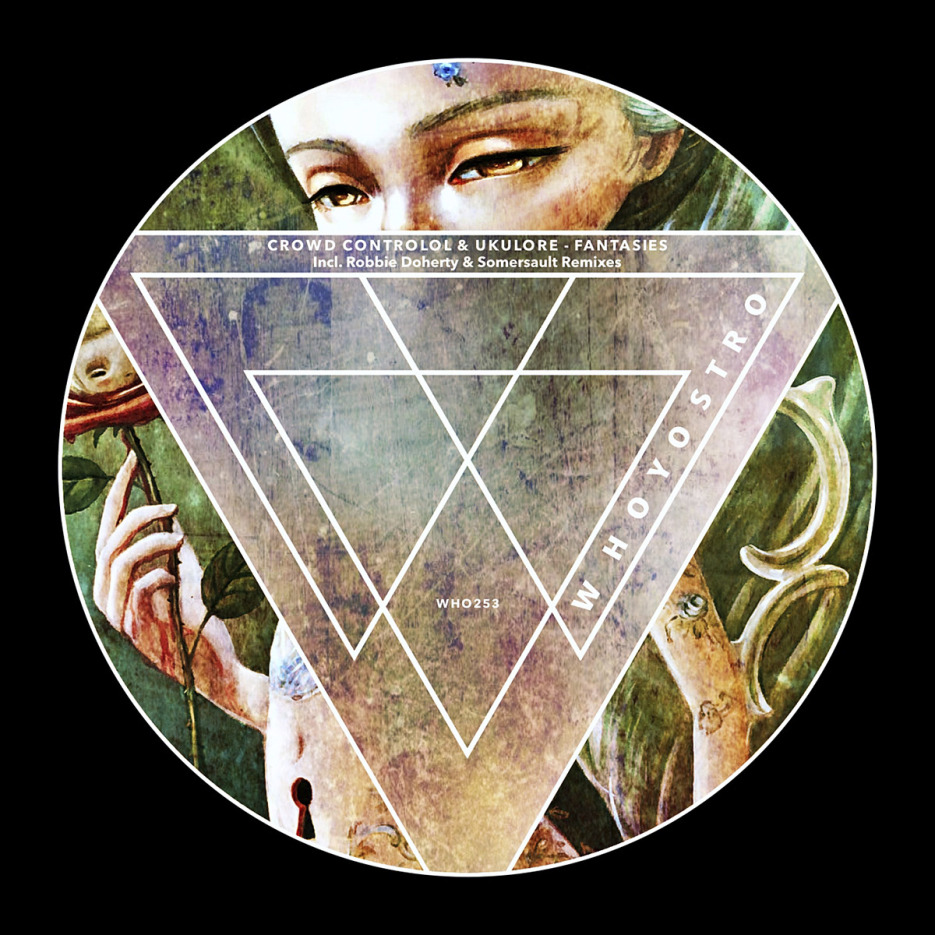 With his fresh take on the minimal house groove and combining this with a vast array of sonical experiences, it doesn’t come as a surprise to us that Crowd Controlol’s presence in the electronic music scene has caught the attention of the world. From sharing some of the largest stages with the biggest names in electronic music to the numerous residencies he has pinned down, it would take some time to note down all of Crowd Controlol’s achievements within such a small time scale. His skills homed in on during his years of classical music studying and his effortless mastery of music technology has lead dance floor enthusiasts and vinyl diggers on a euphoric journey crafted ever so remarkably during his 10 year career so far and this is evident in his forthcoming “Fantasies” EP  to be released on Whoyostro, featuring vocalist, Ukulore. The remix package comes from two fine artists in the prolific Robbie Doherty, and Somersault.

Soft, dreamy vocals amongst a glimmering cloud of alien synth sounds floats over the background of the earthly sounds of mother nature in ‘The White Rabbit’, transporting us listeners through an illusion of bewitchment. This is functional and slick dance floor energy at its finest, leaving a grin on any fan of discerning sounds.

‘The Lost Boy’ follows, keeping to the minimal groove whilst giving us a bit more of a drive with the powerful kick drum laying a solid foundation from start to finish with Ukolore’s sensual vocals providing a concrete bridge between the two tracks. Slinky pads work their way around the belly of this innovative track.

Robbie Doherty sends the first of the remixes into a chunky dance floor frenzy, huge elastic bass taking you for a walk, utilising the fantastic vocals from Ukulore with great success. Teeing things up for the closing track from Somersault, who makes this a solid 4 out of 4 EP, quenching any dance floor thirst you might have at the moment, straight cruising from the Whoyostro camp.

In these two tracks, Crowd Controlol stretches the limits of house music by the dexterous mashing elements of the subgenres, giving the listener something to listen to intently from start to finish with ease.