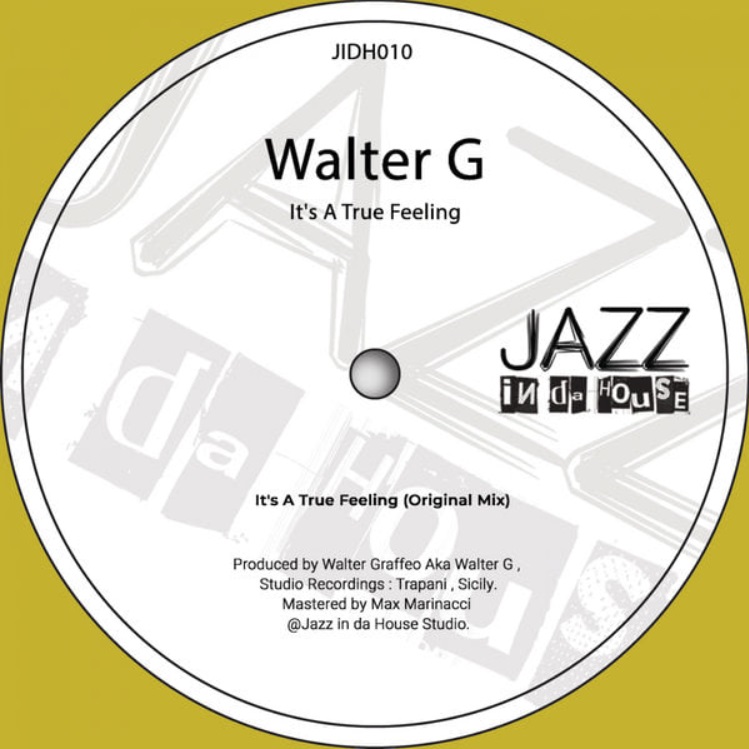 Musician and DJ, Walter G expresses himself in the piano with this song, saxing it up to give it a Jazzy touch. Walter started his career in 2017 with characters like Eric Kupper, Peppe Citarella & Mark di Meo. He is a 20 year old DJ and producer entering in the quality dance music circuit. Born in Palermo, Walter grew up listening to music coming in from all over the planet at his fathers record shop ‘Best Records’ (One of the most sought after record shops in Sicily). Over the years Walter Graffeo aka Walter G has been passionate about all the facets of jazz and joined the world of House Music, playing in local clubs and bars. The ultimate goal for Walter G is to make people understand that good music still exists and has no age. Walter’s DJ style is a fusion of Jazz and electronic flavours.

Available in all music stores: https://jazz-in-da-house.fanlink.to/Walter-G_Its-a-true-feeling