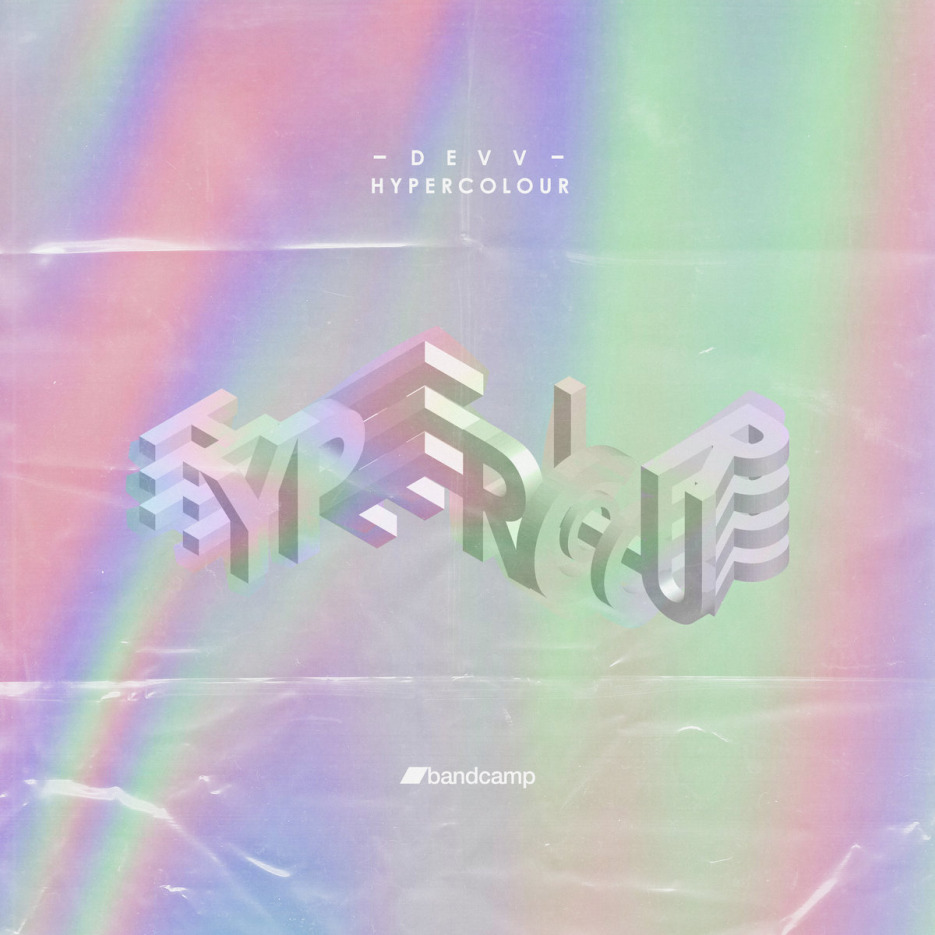 The debut studio album from the blossoming producer is entitled, Hypercolour and will land this October 30th only available on Bandcamp. The extended list of creations spans across a spectrum of sounds and energies, some for the dancefloor, home listening, whilst travelling, but one thing remains, a consistent deep mood and taste of euphoria.

Opener ‘Afterglow’ is very light on its feet, already absorbing the listeners focus with its enlightening pad work, and warm bass, a smooth outing starting as the album means to go on. Next up is ‘Under Control’ with pensive broken drums, swaying back and forth as the spoken word sample melts into the track. Title track ‘Hypercolour’ is a slick and intelligently arranged number, original sounds here from Devv leading you down a magical road of curiosity. Abrupt and ready to roll is the fourth track on the album ‘Use Me’, straight-up club room material but simultaneously maintaining the profound themes, think of a sunshine festival vibe for this one. At the halfway point we reach ‘Limelight’ a funk-laden trip, with shimmering sounds drawing emotion for the listener.

Kicking off the latter half of the album we have ‘Simulation Theory’ a driving force to be reckoned with, a winding hypnotic bassline amalgamated with sounds of pure bliss, which swirl and whirl around the body of the track. Entering with a smoother edge on it is ‘Horizon’ whooshing pads combine with sleek drum work, engaging a new level of depth. ‘Wasting Time’ creates a mysterious yet charming vibe with its elastic bass and flickering elements. Proving his versatility Devv delivers a raw and cutting edge Drum and Bass track with a unique energy, shuffling drums and out of this world movements. Closing track ‘Flow’ draws things to an end perfectly, a downtempo dub vibe which winds down the energy comfortably.

A pure and emotive trip through minimal sounds from an up and coming producer, who is sure to land on your radar over the next while. This is Devv and this is Hypercolour. Released on 30th October, mastered by RV Audio.

Out now on Bandcamp

1 thought on “Toronto based Devv releases Hypercolour album on Bandcamp”