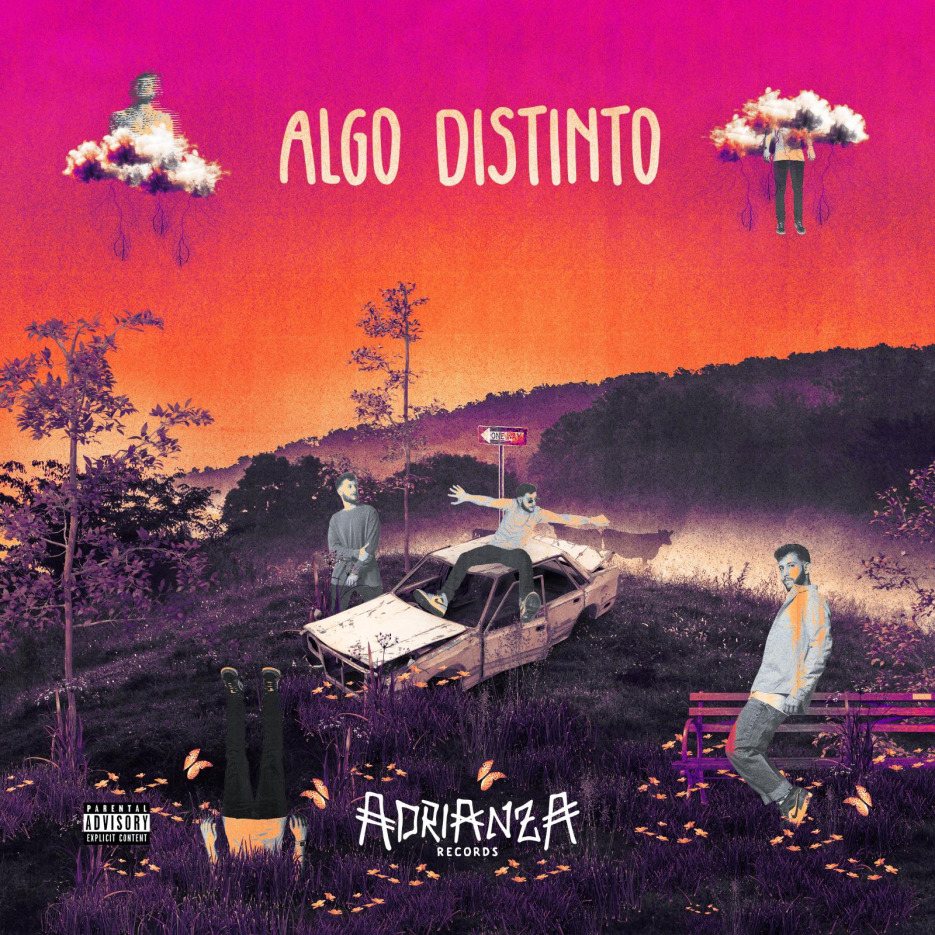 Holding a regular residency in Treehouse Miami, ADRIANZA certainly knows what brings the dance floor alive and he proves this in his extensive debut album, ‘Algo Distinto’ meaning ‘Something Different’ when translated to English. Releasing on his own label, ADRIANZA Records, the work exhibits his craftsmanship as a producer (notably at a very young age) as he experiments with the tech house sound by adding his own unusual twists and elements, spaced out minimal funk, with depth and emotion. A sure nod of approval for what this young producer is set to achieve, with remixers he has on board including, REME, Ray Mono, Daniel Meister, Freddy Bello, Mano Andrei, Azteca. Also joining the positive ride that is ‘Algo Distinto’ are companions Moig & Demenz.

‘No Games No More’ makes a compelling opener with its metallic percussive groove paving the way for dreamy pads, a popping bass and ghost ware vocals. A remix by REME stays very much in this sound world created in the original mix with the drum groove rumbling a bit more whilst sticking solidly to the tech house groove.

‘22 Jams’ follows with an alluring pad introducing the track whilst a drum beat slowly layers underneath, eventually coming to the forefront of the picture. As soon as we are settled into this easy listening track, an array of dissonant synth sounds splutter around wondrously. A remix by Ray Mono gives the listener a more house feel of the track, with it’s strong kick beat and hi-hat groove laying more of the foundations. This remix really mashes up the original whilst keeping to the dreamy world Adrianza gave us.

The album title track takes you through a vivid mindspace with its choppy vocal sample, and lush pads lifting the energy. A remix from Daniel Meister contains a squiggling bassline, embedded with galactic soul. Freddy Bello delivers a moodier affair, stripped back with the vocal taking more of a lead, echoing around a slick acid like line. An after party winner from Mano Andrei as he also remixes the title track, a relaxing, but forward thinking vibe, holding the ability to still make you move.

Taking things to the next level is ‘Espacial’ trippy vocals flash in and out as a direct energy progresses as the track picks up, an early morning vibe from the young talent. Squelchy, acid tones lead the way in ‘Last Jamming Of The Year’ a meandering track of whirring glitches, before being churned back out by the ice cold bass arrangement. Collaborating with Moig & Demenz in ‘Neu Daze’ certainly paid off for ADRIANZA, the sub heavy driven bomb is sure to light up any given dance floor.

‘Vibracion’ leads you down mysterious waters with its curious pads, and laid back structure compared to some of the tracks included, a firm favourite for after party swayers. Complimenting the original with a touch of his own class is Azteca. Accelerating into fifth gear, with powerful and slick drum work, an amazing outing from the man of the moment, exactly as you imagine.

Minimal from the finest hour in ‘Libro De Portada’ an animated rippling bass line guides the track from ADRIANZA, emphatic rolls, and laser like pads keep the continuous atmosphere refreshing. ‘Esencia’ is the outcome of studio time with Freddy Bello, a moody low swung affair, however still compatible with the theme of the album, a revitalising taste from the dynamic duo.

The work closes with the last two tracks delving into a more robotic, angular vibe. In ‘Slow Vibe’, the synth leads twist around in a jittered fashion over a calm house drum beat, experimenting with the calmer, warmer side of the tech house genre. ‘Storm X Lightning’ closes the work and keeps to this vibe whilst working in ethereal spoken word which drifts us further into a subconscious state.

ADRIANZA takes us on an expansive journey onto another world with his ethereal-ridden ‘Algo Distinto’. An essential release from a young label and producer expanding across multiple flavours for different moods, sure to be something here for everyone. A jam packed selection of dance floor heaters from a rising star, accompanied by some household names of modern dance music. A seemingly bright future, set to be a figure of the next generation of club room producers.