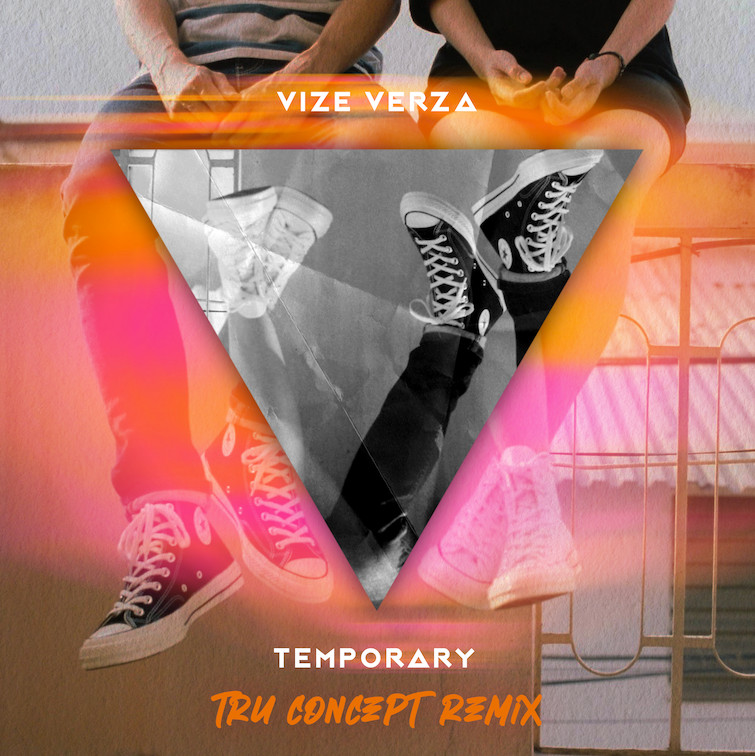 The Tru Concept remix of ‘Temporary’ sees the Birmingham-born artist up the tempo with his high-energy rework, also adding a euphoric drop into the mix while losing none of the infectious dance-pop energy that makes the original so special.

Tru Concept has amassed more than 30 million streams across his back catalogue, remixing A-listers such as Armin Van Buuren, Niall Horan and Wh0 and sharing stages with Disclosure, Hannah Wants, Clean Bandit and more. His original music has also featured on hit MTV show Geordie Shore, with single ‘Save Me’ racking up over 75,000 Shazams and charting around the world.

Vize Verza is made up of three hugely successful producers, with Ben Duncombe, better known as Franklin, landing a UK Dance Charts #1 with his first feature, a collaboration with Nina Nesbitt and John Gibbons. Meanwhile singer, songwriter and professional footballer Chelcee Grimes is straddling a career in both music and sports, having penned songs for the likes of Dua Lipa, Kylie Minogue and Jonas Blue, while Ollie Green has racked up over 1 billion streams across his writing and production credits, working with Tiesto, Becky Hill and Ella Henderson amongst others.