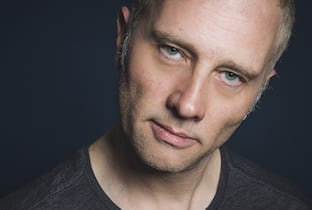 Originally from Spain, although born in Manchester, Paul started playing the guitar in his teens and later turned to the piano. He discovered Techno music in the late ’80s and began mixing vinyl in the bars and clubs of Madrid and Valencia soon after. Paul has been deeply involved in the London music scene for over a decade- first spinning at underground parties. People started noticing him among the city’s dance music world, and his high energy style garnered attention in the scene. This eventually led to residencies at London clubs The EGG and 333 on Old Street.

Since making the move to London, Paul has focused on producing. His love of pure techno has given way to some huge releases, many of which have found their home on Iboga and IbogaTech Records, including a recent collaboration with Allaby. Their track “I Remember” was featured on the first compilation for Iboga Tech.

Paul is currently in the studio working on his upcoming releases and his techno radio show ‘Magna Frequencies’ it’s now on air since July 28th.