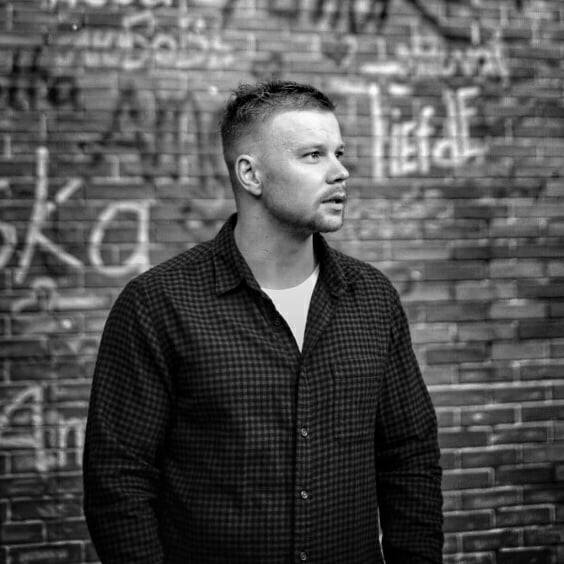 Mr Morek has been making a name for himself as of late. His hypnotic blend of house and techno – something he has coined as ampere house and techno – has caught the attention of established labels such as Disco Halal, who released Genuine towards the end of last year. Having made his debut release on his own label, PLY, at the beginning of this month, we decided to chat with him about his intentions for the label moving forward.

F – How are you, whats good and bad right now in your world?
Mr Morek – Hi! Yes, everything is fine. Opened the label, so far so good.

F – What makes you, you? What music did you grow up with, what inspires you now?
Mr Morek – I always listened to music with a good dance groove, with a house groove. In my sets you will always hear ‘moving music’ – whether it be indie, afro, melodic, I will always choose music that makes you move.

F – Tell us about your new label PLY.
Mr Morek – I created the label with my friend.

The first release was not standard, a symbiosis of electro, techno, house music. I called it Ampere House & Techno. I already want something new. The label will have a focus on other music as well, so expect a lot of good releases!

F – What is ampere house and techno, as you call it, on the first EP?
Mr Morek – This can’t be called an electro house, you can’t call it techno, it’s such a mixture of house grooves, electro synthesis and melody.

F – What has inspired or influenced it?
Mr Morek – I want to create my musical space, surround myself with musicians who share our direction and, more importantly, who will bring their own sound. Slowly we will move forward!

F –What is the sound of the label, the style and vibe? Who is it for?
Mr Morek – As I said, I’m looking for new solutions in music, fresh looks: it doesn’t matter whether you are a star or not, if we like music we will release you.

F – Do you have plans to release music from other artists?
Mr Morek – Of course! The next release will be from my friends, Bragken. I know many famous and not very famous musicians, and I’m sure some of them will definitely send us their tracks, but first we need to have a trajectory.

F – You have played huge parties like the FIFA World Cup – what was that like?!
Mr Morek – Yes, it was grand, it was a party with Solomun. It was cool! This is a big energy, I want to feel it again and again.

F – You’re based in Moscow right? What’s the scene like there?
Mr Morek – Yes, I am in Moscow! We have very popular melodic techno, afro house, indie dance. Large events are also taking place with underground music from Romanian techno to experimental. Everyone has enough to listen to what they like.

F – What else are you working on this year?
Mr Morek – The biggest work of course is the label. But I write a lot and I like different kinds of music, a release is planned for the Needwant, there will be an indie dance, a release with 3 remixes from Raphael Mader, Aldebaran, Indieveed. These will be remixes of my old track, released on the KDB label, I will make an updated version, a lot of time has passed and now the track will sound completely different. For the rest, you will see everything for yourself.