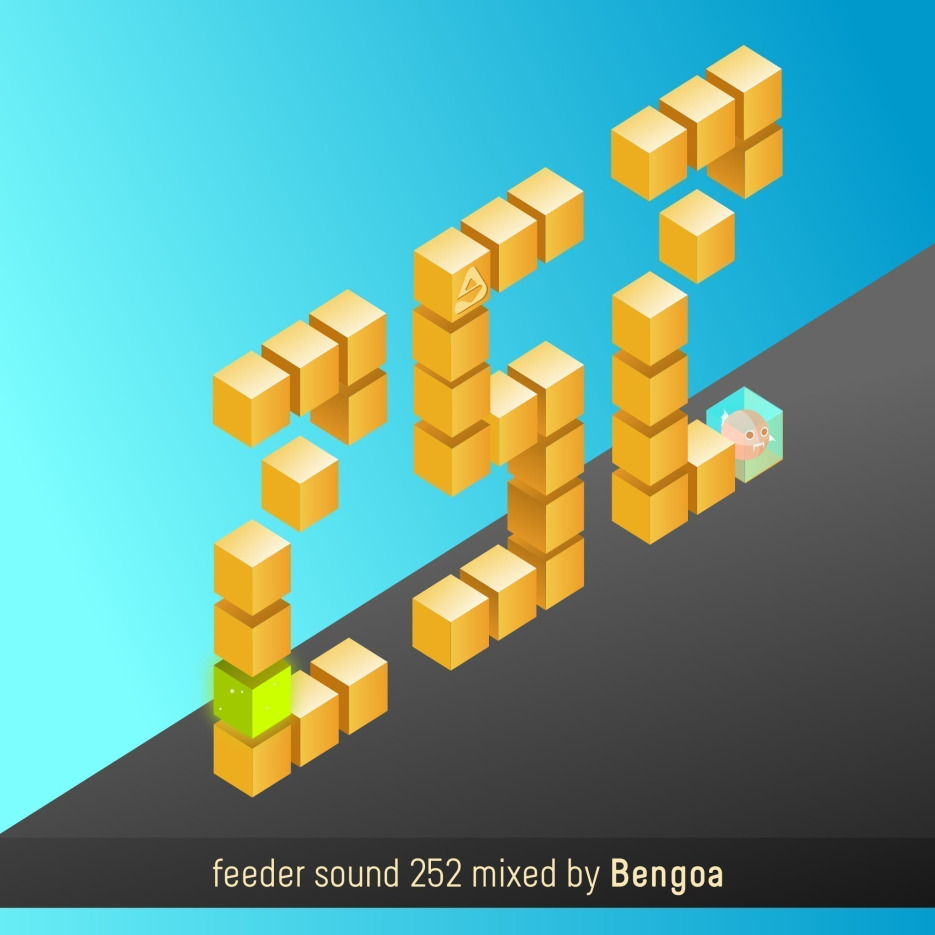 For this week’s episode of the feeder sound podcast series, we invite you to find out more about the Greek artist Bengoa while also enjoying a deep and groovy vinyl-only set recorded for our platform.

Based in Athens, Bengoa is a long time record collector, DJ and skilled producer who’s been active on the Greek electronic music scene for quite some time now. His adventures in the realm of music started when he was very young, collecting vinyl records since the age of 14 and exploring everything from ambient, leftfield, hip-hop, trip-hop, funk, liquid drum ‘n’ bass to house and techno. In time, he managed to establish a multifaceted and unique style, incorporating a lot of influences in his selections and productions, aiming to deliver solid grooves for any kind of dancefloor. He performed in countries like Spain, Italy, USA, Canada, Bulgaria, Croatia, Romania and Turkey, sharing the decks with artists like Larry Heard, Brothers Vibe, Ricardo Villalobos, Charles Webster, Kevin Yost, Delano Smith, Robert Owens, Peggy Gou and many others.

An important breakthrough in his career came in the form of a weekly residency at the Mamaca’s Bar in Athens between 2007 and 2009, bringing his sets and bookings to the next level. At the same time, he started to dedicate more time to production, publishing several EPs and one LP over the next years. Amongst the labels he worked with we find 8bit Records, Ntrop Recordings, Rhythmetic, Moscow Records and his own Blind Stitch Records. In the spring of 2019, he founded a new imprint named B2 Recordings, with its second pressing titled “Forest Law EP” signed by the artist announced to be released in March.

Time to get groovy with feeder sound 252 mixed by Bengoa, a deep and engaging vinyl-only selection, while we invite you to find out more about him and his future plans from the interview below, conducted by Jordan from the Elevate Berlin platform.

Jordan: Hey Bengoa, thanks for delivering your mix for Feeder. Could you tell us a little about the mix, where it was recorded, what the vibe is and some of the artists/labels you’ve included?

Bengoa: Hi there, thanx for the invitation! People who know me know that I’m not that much into making mixtapes, so this is a kinda rare situation. The main thing is that I think I cannot express myself in an hour-long mix, I’ve struggled a few times about “making the perfect mix” but it leads nowhere due to the time limit. I like playing long DJ sets as you can imagine… Anyways, those few times that I sit down and do it, I prefer it to be relaxing, kinda putting music together for a road trip maybe. This thought keeps me going with mixtures and that’s the idea here too. Even though you’ll find names in the mix that are attached to club music, like Mountain People, I tried to feature their deepest aspects. Brawther and Langenberg are in there also, in between some other lesser-known artists. I recorded it last Friday here at home with two Technics 1210 and a Crest Audio CP 6210 Rotary Mixer. It’s an all-vinyl DJ set. 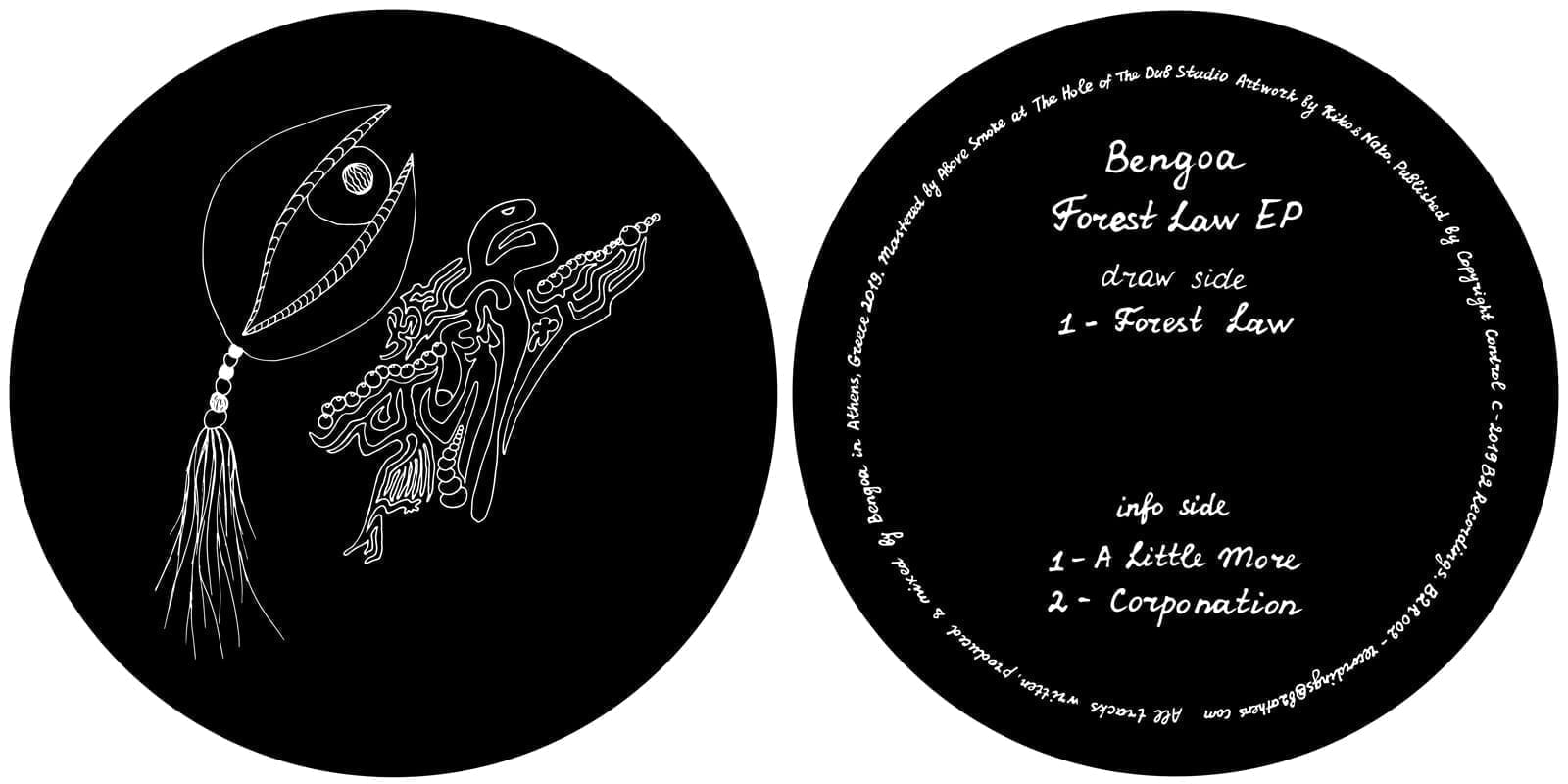 Jordan: Your new record “Forest Law” is out now on your B2 Recordings label. For those who haven’t heard it yet could you tell us a bit about the record and your label’s aesthetic?

Bengoa: B2 Recordings is the natural outcome of things, I have been silent now for many years, my last record was my album in 2014 and before that my last EP was on Archie Hamilton‘s Moscow Records back in 2010! “Forest Law” is a “back in the game” record for me that people seem to like. I am happy about it and listening to it now that it is completed I can tell I have kept my character but evolving also at the same time over time. I’ve been making a LOT of music for the past 2 years and been gathering music also from respected artists around the world, so a new platform was inevitable. The general idea behind B2 Recordings is music that would fit into my DJ sets. So when I get a demo, or I make a track at home I ask myself “would you buy it if you’d listened to it at a record store?” If the answer is yes, then there is potential for the track to be released on the label. It’s that simple really.

Jordan: B2 Recordings is a new venture with this being the labels’ second release. Could you tell us a little about your plans for the imprint as it grows?

Bengoa: One thing I surely do is not to plan that far ahead, maybe like 6 months maximum. I always have a schedule in my head and I’m counting a lot on the stuff I make at home, that means I will be constantly releasing my own stuff on the label. There are 1 or 2 other Greek artists that make music that I love, so they are on board too, and along with my all-time favourite producers that I’m collaborating from time time, we kinda form this first era of B2 Recordings. I have music for another 3 or 4 releases but that’s about it, after that I only have dreams, and dreams come true in art. 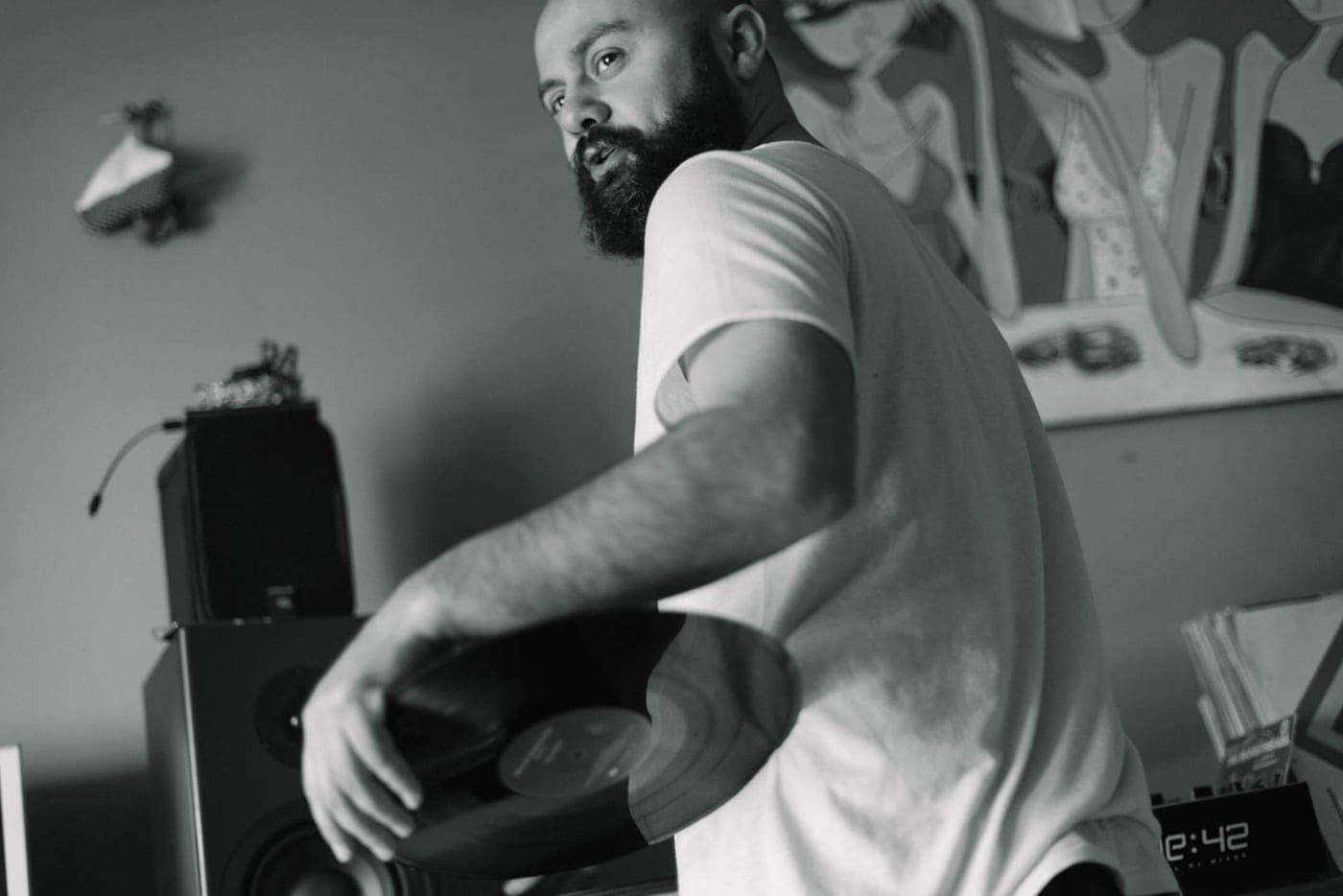 Jordan: You’re based in Athens, Greece. What’s the music scene like there and how did you begin to develop a taste for more underground leaning house and techno whilst growing up there?

Bengoa: Pfff oh my God, I can write a book about it. I don’t know how it happened really, imagine that I grew up not in Athens, but in a small town up in the North East of the country, so it was even more difficult. I wish I would have a story like “my parents had jazz records” or “my dad was a DJ” but I don’t, I did it the hard way. I was born in 1981, so by my 13 or 14 anniversary, I was into Prodigy and Chemical Brothers but also FSOL and The Orb and other ambient kinda things that kept me into a deep and melancholic mood all the time. I didn’t like happy music at all (sometimes I do now), so that’s what made me different from the masses here. I was slightly going into house, I bought Strictly Rhythm and Junior Boys’ own stuff a lot and at the age of 17, I heard the first Kevin Yost album, in which I found the melancholy of my ambient records into house music. That changed all I think. After that I was seeking a more subtle and club sound so I was attached to the Chicago/Detroit sound, then the San Fran movement, then English Tech house and so on. Today I am a mix of all those things. Unfortunately, there is zero ground for this kind of music here in Greece. Either harder or more commercial stuff survive here, that’s why I’m kinda thinking about living abroad for a while, maybe after the summer.

Jordan: Is there anything you would cite as a major influence on you musically, particular people, places, books, movies or anything else that you feel feeds your inspiration to create?

Bengoa: Human stories are what inspire me most. I am into cinema, I’ve studied cinema for 3 years, movies are an
inspiration for sure, places I visit also, but human encounters, achievements and deep feelings are far more powerful. That’s what has been driving me.

Jordan: What’s up next for Bengoa, any notable DJ shows coming up soon and when can we expect to hear more music from you?

Bengoa: My DJ sets these days are 99% national, so I’m playing around Greece a lot, hoping to change that sometime soon. It’s good, but I want to start playing to more educated audiences, I think it will help me get better and go further on my DJ sets artistically. B2 Recordings 003 is coming out in early May and is a record by a fellow Greek dub/house producer and I have a remix in there, so that’s my next track out! Original EPs on other labels are also scheduled after the summer, but I cannot say more about it right now 🙂 Surprise!