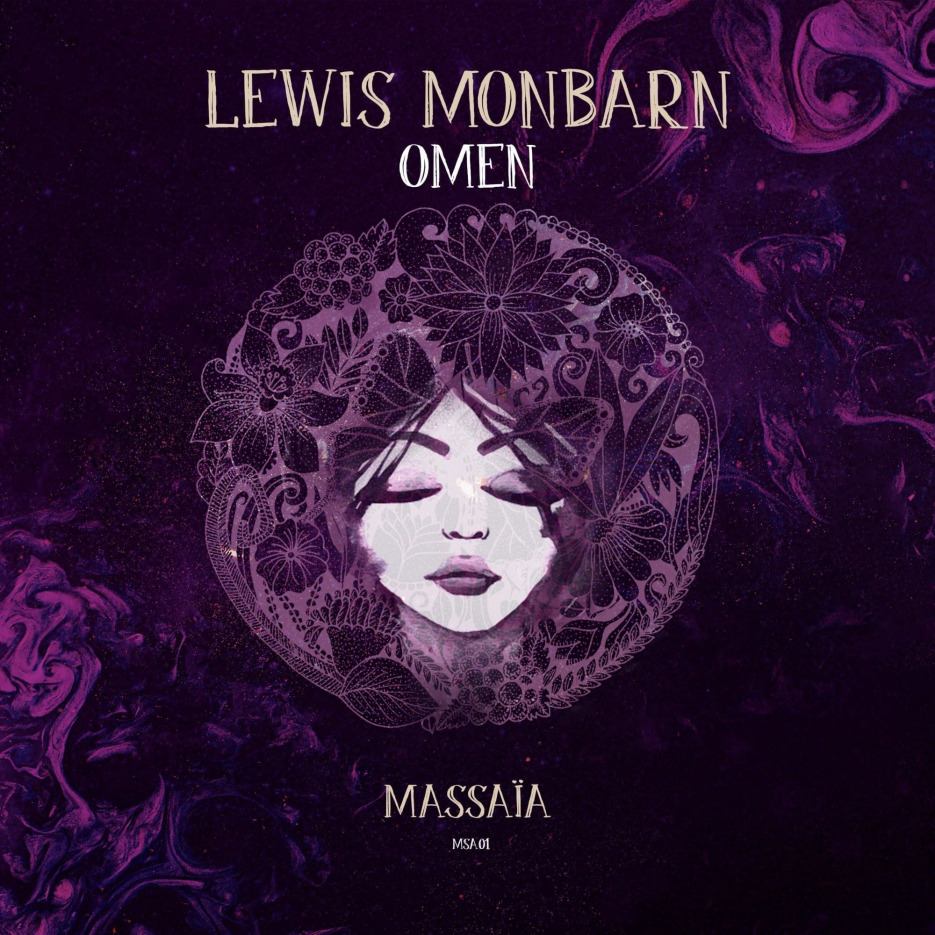 Lewis Monbarn’s musical fervour paints a canvas of sound with the exquisite delights of his debut album titled Omen. As Monbarn’s grooves gift good luck of sleek nostalgia across the genre of house and techno, his audience gets to enjoy this creative process. Based out of Amsterdam, Monbarn’s started creating electronic music at twelve years of age and has established an amazing legacy. Every track that he has released has charted. He has worked with Nervous Records, Datagroove, and his own new label Massaïa.

Omen is a soul-wrenched offering comprised of ten tracks. The album has an outstanding organic vibe that consists of hypnotic rhythms and tribal elements that prove to be nourishment for the body and mind. Omen’s extremely personal edge is very inviting and adds extra appeal to the overall project, even a novice of the genre will find Lewis Monbarn’s presentation exceptional.

Mythical Creatures: Lewis Monbarn open up Omen with a bright gem that puts the listener in the wide outdoors. This upbeat rhythm encompasses many subtle transitions and demonstrates Lewis Monbarn’s attention to detail when it comes to production as evidenced by a variety of drum sounds.

Dholki Jam: Omen’s dreaminess emerges with this exotic world groove. Dholki Jam transcends mundane electronica and allows the listener to enter a festive world vibe. The track makes use of a colorful array of tribal drum sounds, a liquid bassline, chants, and other voice sounds for this sacred journey.

Ancient Wisdom: Omen’s continuity is strengthened by the depth of its drum programming and percussion. Ancient Wisdom is a perfect example of this facet of Lewis Monbarn’s production. Ancient Wisdom’s driving rhythm is brilliantly forged with cinematic overtones for something truly delightful.

Uprising: The tune begins with heart-piercing a jungle rhythm that creates anticipation for what is about to come next. Uprising’s bare rhythm with a touch of keyboard measures maintain a consistent dialogue with the listener.

Emily: The thriving sounds of hand claps, synth, and a nu-disco beat give Emily a distinct urban flavor among Omen’s tropical synergy. The track’s invigorating atmosphere is uplifting before and after the party.

Subculture: Drawing upon elements of industrial and electro, Subculture transitions through various emotional images that appear from the tune’s lead synth.

Pyramid: Toting a more nocturnal appeal, Pyramid is a hot trance groove with a traditional house music structure that will keep the listener on the feet. Measures of synth and background voice add a great deal of depth to the first segment of Pyramid. The composition makes a few interesting transitions, which lead to a harder groove.

Echoes of Amsterdam: A crisp melody that sums up Omen nicely. The track’s exotic drum pattern and unorthodox measure of keyboard give life to an otherworldly symphony.

Lewis Monbarn’s debut album is a masterpiece! Omen captures life in the post-modern world from the heart of the house music enthusiast that is equally contemplative and enjoyable. Monbarn is able to speak to us through Omen’s instrumentation and the practicality of the messages gleamed from the atmosphere that these compositions breed. Omen is an initiation into the craftsmanship of the genre itself.