Getting To Know… Ivan Stairway 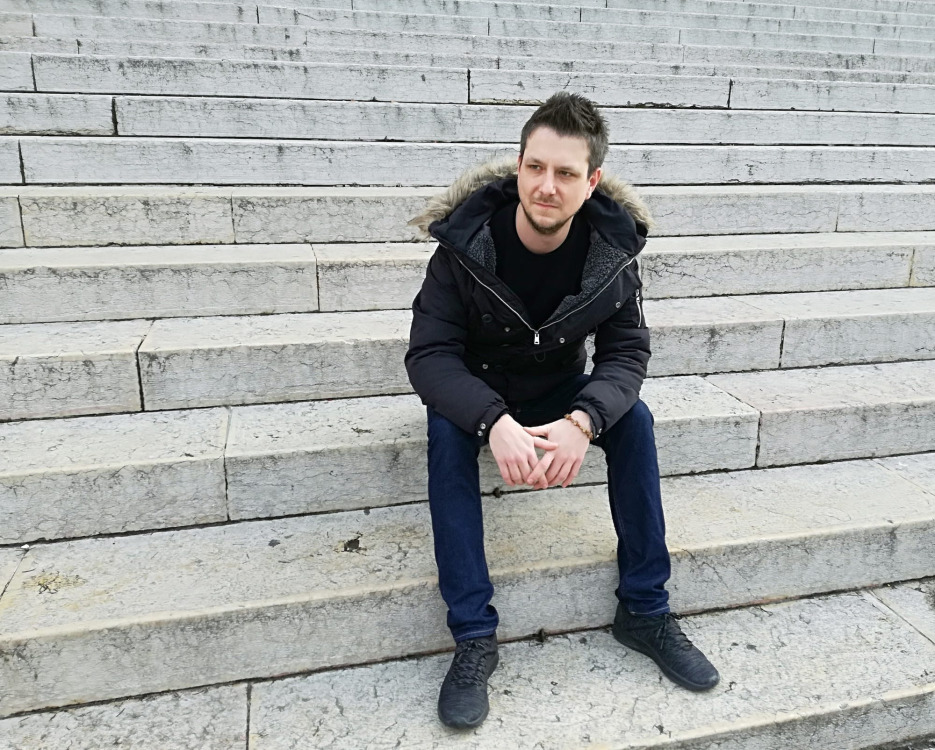 Getting To Know… Ivan Stairway

Hailing the first release of brand new Italian label Major Underground is the upcoming and very talented Ivan Stairway. Feeder checks in for a chat..
Please tell us a little bit about where you’re from and what turned you on to making dance music specifically?

I was born in Padua, Italy and I first fell in love with electronic music in the late 90’s, listening to Prodigy, Chemical Brothers and so on. I was so impressed by all that sound design made by synths and samplers then that I wanted to make my own sounds. That was the era of the first virtual instruments and FXS.

How is the club scene in Padua and Venice, where are the best clubs to hang out?

“Il Muretto” in Venice is one of the main club in Venice area, mainly focused on mainstream events. There is also an event called “Altavoz”, more focused on the underground scene.

It’s influenced for sure by 70s Disco Funk and 90s piano-driven House music. I always try to reach that “real instruments feeling”, using strings, piano, electric bass, mute guitar and of course,e warm Soulful vocals. But as I told you before I also love analog synths too!

Who are your musical influences?

For sure the main reference for my music is The Shapeshifters, Dr. Packer and Kenny Carpenter. But there are a lot of artists that I love, like Michael Jackson, Giorgio Moroder and Daft Punk.

You’ve just released your new single ’Nothing To Lose’, what we can expect to hear?

“Nothing To Lose” reflects a big part of what I love in House music: soulful vocals, catchy Piano chords, Strings, and a nice percussion groove all through the track. I had the honor to get a version by the legend Kenny Carpenter and this makes me crazy if I think about it. The Back To Funk mix is more alternative, with all those 80s analog synths, offering a different perspective on the song.

You used to produce the progressive house and synthwave, what fuelled the jump to making soulful House and Nu Disco and where do you see your sound heading in the future?

I don’t like to be limited to one music style. In this way, you have the chance to play with a lot more sounds, and the most interesting thing is that you can mix styles together. Synthwave is nice because you can play a lot with synth parameters creating your own sounds. House is nice for example because I can sit on my piano keyboard and experiment a new piano chord sequence.

How much of a challenge was it moving from largely making instrumental to working on full songs?

Composing 100% fully instrumental song is maybe more difficult. Working with vocal brings you to more “Pop” arrangement, so maybe you can reference easily to a commercial song structure.

How do you typically go about writing a new track?

I sit in front of the piano keyboard and experiment with chord sequences until I find the most interesting one. Then I work on the bass line and the drum groove. Each detail in the drum groove is important to get an original track. I usually overlay a lot of single drum samples and edit multiple loops to get the drum groove I want. This last process can even take hours. When the idea is solid I go with the arrangement, working on transitions trying to make special each element.

Which piece of studio kit is essential to your sound?

My piano of course!

When In the studio, do you have any rituals or bad studio habits?

Have you any tips or advice for aspiring producers looking to breakthrough?

Listen to a lot of music, try to replicate, and then make it original, look for your own sound. I personally think starting without any reference is the worst mistake you can make when you discover the world of music production.

What goals have you set yourself for this year and what are you most looking forward to?

To produce a lot of House and Synthwave music, working on some remixes and playing some gigs.

Who are your current top 5 producers?

What was the first dance music record you bought?

The Prodigy – Music For Jilted Generation.

And what was the last dance music record you bought?

I have a collaboration with a friend, it’s House music again, with a bit of a French Touch feel, and also a vocal / synth track, stay tuned!