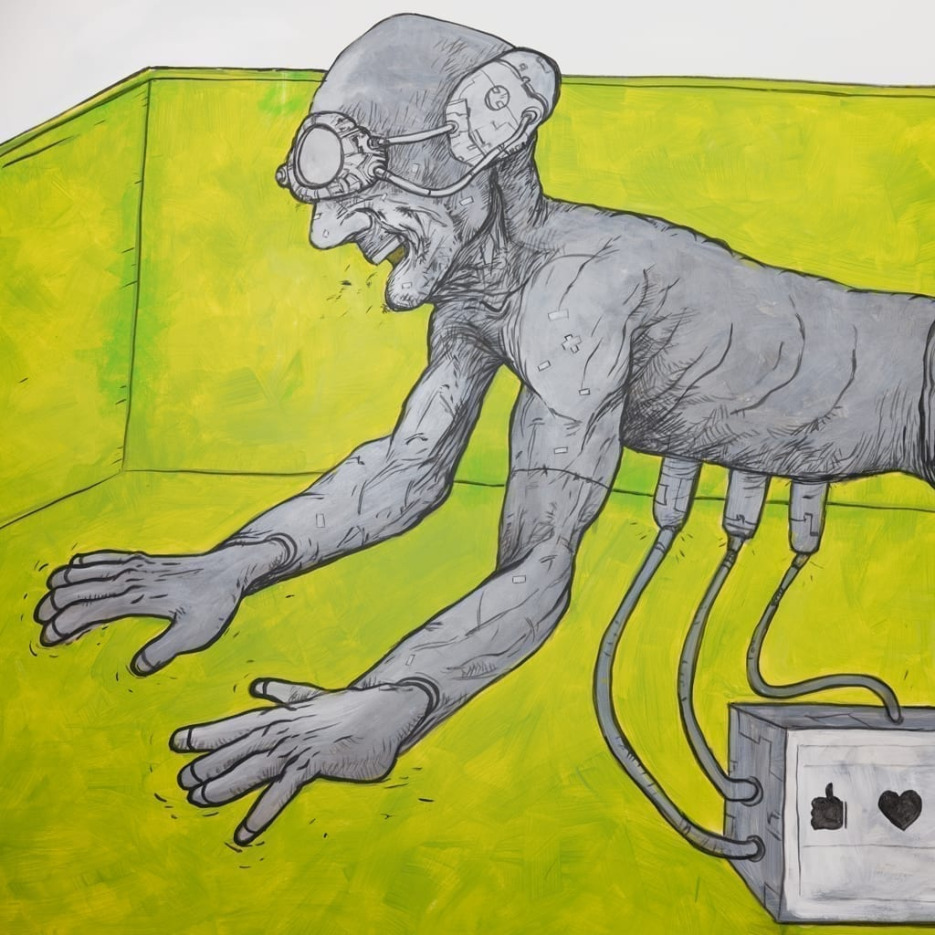 Last year feeder sound went LIVE and hosted a series of events that genuinely combined modern music and art, offering an immersive experience for the people. In this way, Dragutesku, Oana, Ada Kaleh and Piktor provided the sound while ERPS, Livi Po, Kseleqoqynqyshy and Irina Mocanu showcased their live painting abilities. As 2020 slowly sets in, we bring forward yet another episode for a special occasion.

On the 15th of January, we celebrated National Culture Day by inviting the public to actively participate in two events organized simultaneously in Bucharest at Imbold Gallery and in Brasov at Visssual. Through an inspiring mix of cultural activities, participants and visitors discovered the Un-hidden Romanian Culture exhibition, experienced a live-painting session with Robert Obert and attended workshops such as linocut engraving with Maria Balan and stencils with John Dot S. In Brasov, the musical part of the story saw Moduler and Brad as MoBra performing an amazing live act while in Bucharest Dragutesku and Deez joined forces in order to deliver engaging selections.

Robert Obert is a well-known visual artist with an interest in animation, illustration, comic books and street art. His works can be seen on buildings in Bucharest, Ploiesti, Iasi, Piatra Neamt and Sibiu, as well as on paper at various exhibitions and art galleries. Amongst many personal projects, “The Urban Prophecy”, “Fear is a lie” and “Herb and Whiskers” stood out, as he developed a complex universe around them, one that can always be expanded through lore and continuity. For this event, he chose to represent a crawling personage that seems to feed on social media and vice versa, pointing out the dependent relationship modern man developed with technology. While he was painting Dragutesku and Deez were in charge of the music and below you can listen to a 1h excerpt.

feeder sound LIVE with Deez reveals an organic mix of minimal techno and microhouse music, elegantly assembled into an engaging and introspective journey. With several years dedicated to the underground culture, the artist has been performing at numerous parties, sharing the decks with top names in the scene, while also working on his own productions from time to time. Enjoy the set!

Stay tuned for more surprises, as we’ll soon announce the feeder sound LIVE schedule for this year as well as a new Open Call for DJs and producers! ✨