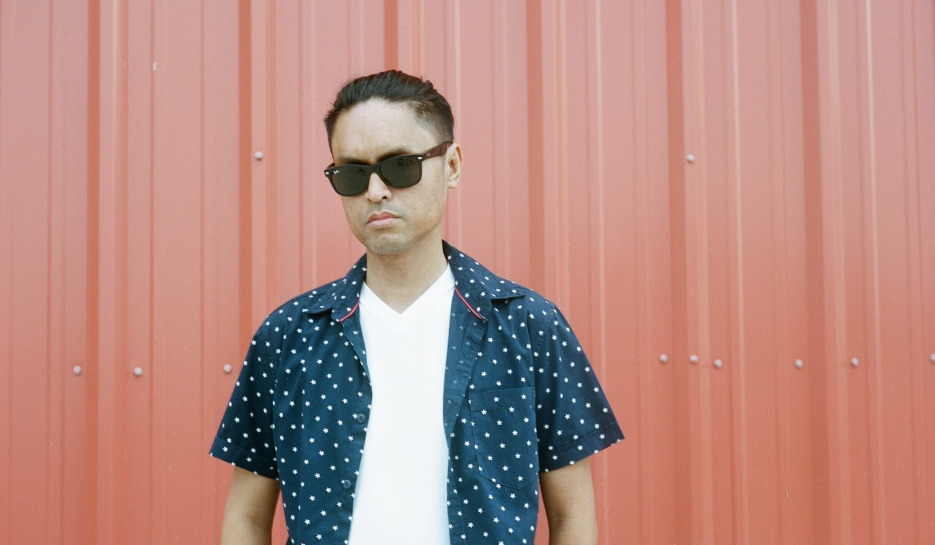 After rapidly rising up the ranks with his exciting style of house music in 2019, Micfreak is definitely hotly tipped as a one to watch in 2020! We grab a chat with him amidst a busy January as he drops his ace new remix of Barbara Tucker’s “Think” (About it) on Unquantize.

f: Please tell us a little bit about where you’re from and what turned you on to making dance music specifically?

Micfreak: I’m an artist and DJ based in Baltimore. I’m pretty active in the local scene more specifically in the Washington DC area. I’m a life long musician and this last 7 years I fell in love with DJing. I got into dance music during the early 2000’s when I heard the Chemical Brothers and the Prodigy being played on rock radio. It was weird at first but I ended up really liking it. A friend took me to a couple of warehouse parties in Manila, where I grew up and discovered techno! When I moved to Baltimore I discovered house music by going to events hosted by Ultra Nate at the Paradox.

f: How is the Baltimore scene and where are the best clubs to hang out?

Micfreak: Baltimore is home to some of the legendary djs and producers in the game. It’s a great breathing ground for creativity and finding inspiration. The Collective Minds festival which is during the Labor Day weekend is some of the biggest house music festival in this side of the world is one of the highlights of the Baltimore scene. Sadly only a few clubs remain like Factory 17 and the legendary ones like the Paradox has shut down. The warehouse parties are doing well and regular events that happen around town in different venues. Several miles down Baltimore is the nations capital Washinton DC. It has a very vibrant club and diverse scene. I’m pretty active in the Washington DC scene and DJ there monthly. DC offers lots of great venues like Flash, U Street Music hall and the 930 club. And there are smaller venues like Backbar and Eltecho which continue that spirit of bringing that DIY underground sound to the people.

Micfreak: I have a million influences tbh! It’s all over the place as far as sounds and genre go. I grew up listening to the Beatles, Stevie Wonder and Michael Jackson. As I was growing up I got into bands like the New Order, Guns n Roses, Depache Mode,The Cure, Queen, Guns n Roses, Metallica and Bon Jovi. I discovered the Chemical Brothers and The Prodigy eventually which led me to seek that underground electronic nusic sound. I discovered techno first through seeing Derrick May at a warehouse party in Manila (where I grew up) and then fell in love with house when I started heading out to events at the Paradox on Ultra Nate’s Deepsugar parties when I moved to Baltimore. I also have this love for guys that write songs and produce like Quincy Jones, Sergio Mendes, Carlos Jobim, Astrud Gilberto, Burt Bacarach, Jimmy Jam and Terry Lewis, James Brown, Elton John, Ben Folds, Pharrell & Chad Hugo. I can go on and talk about those. There are a lot more that I failed to mention, but right now looking back, those are the artists that shaped me.

Micfreak: Each track is a labour of love really! They transport me to a time and space where I was at that moment when I was working on that particular track. Like when I did “Think”, I was just beatboxing the beat pattern and singing it while just staring at the computer thinking of what to write next. Or that track “Let Go” with Eddie Amador. I wrote that in the hospital while I was confined for days!

f: And what has been your biggest release to date?

Micfreak: The “Feelin It” album no doubt!

f: You’ve just released your new remix of Barbara Tucker’s rendition of the classic ’Think (About it)’, what we can expect to hear?

Micfreak: Lots of drums on this one! I’ve always played the DJ Spen and Thommy Davis Summer of Dub edit of Think in my sets the last couple of years. And I kinda wanted to continue that tradition of just groovin’ it, but at the same time add my own take to it. Best thing I can do I just add those pumping drums to it and jack it up a bit.

f: Was it daunting remixing a track from such a vocal legend? How did you approach it?

Micfreak: The most daunting part was presenting it to DJ Spen.

The track came naturally to me. All the elements and ideas I had in mind came in together really quick. I just chopped out my favorite bits of  Ms. Tucker’s vocals on my Pioneer Toraiz sampler and just loaded it into Ableton. I knew I was gonna drop this edit on my sets whether or not it gets signed. I was more scared of being rejected by Spen. Haha

f: You released your debut ‘Feelin’ It’ album last year, how have things progressed for you since its release?

Micfreak: ‘Feelin it’ has been massive! The support I got from it from the superstar DJs, to the enthusiasts and house music lovers has been amazing. It has opened doors for me as an artist and as a DJ!

Micfreak: My writing process is kinda varied. Sometimes I start out by just programming some drums, sometimes I just chop up loops to make a groove, or just play the keys till I end up jamming to a bassline, some chords and build it from there.

My main thing is if it has a hook that I know will work the dancefloor going I’m gonna build it up.

f: What’s your favourite piece of studio kit and why?

Micfreak: I love Roland gear so, I’ve always used the Tr8 to sketch out my drums. And I use the Pioneer SP16 to cut out samples and come up with break loops just to get me going with track creation. At the end of the day though, just give me Ableton and I’ll have something done in a few hours.

f: What’s been your favourite gig so far and where would you most like to play in the future?

Micfreak: I’ve been blessed to play at some top venues in town. I have 2 memorable ones from 2019. The first one was opening for Robert Hood at Flash he gave me props and appreciated what I did as an opener. And the next one was with DJ Spen at U Street Music Hall, I know I’m not worthy even by an inch, but doing a b2b with him to close out the night was just epic!

I have 3 dream places to play at, Cafe Mambo Ibiza, Ministry of Sound London and Womb, Tokyo.

f: Any tips or advice for aspiring producers / DJs looking to break through on the scene?

Hard work trumps talent all day! We all have different journeys as a person/artist. Most often than not, the successful ones are the ones that work their butts off and persevered with what they have and what they are given.

f: What else are you working on at the moment, that you can tell us about?

Micfreak: So this month (January), I have a release on MK837 called Warm Up. It’s doing pretty well in the Beatport charts! I also released 2 remixes on Funktrap for Herb Cabral and another one for Pete Le Freq and Coco Street on Alpaca. It’s been a very busy month for me! I have a forthcoming release with house legend Eddie Amador on Unquantize as a follow up for Think! Stay tuned for that.

Barbara Tucker ‘Think (About It)’ (The Micfreak Fire Drum Dub) will be released on Traxsource on January 24th / Full release February 7th 2020 on Unquantize Recordings.

3 thoughts on “Getting to know… Micfreak”