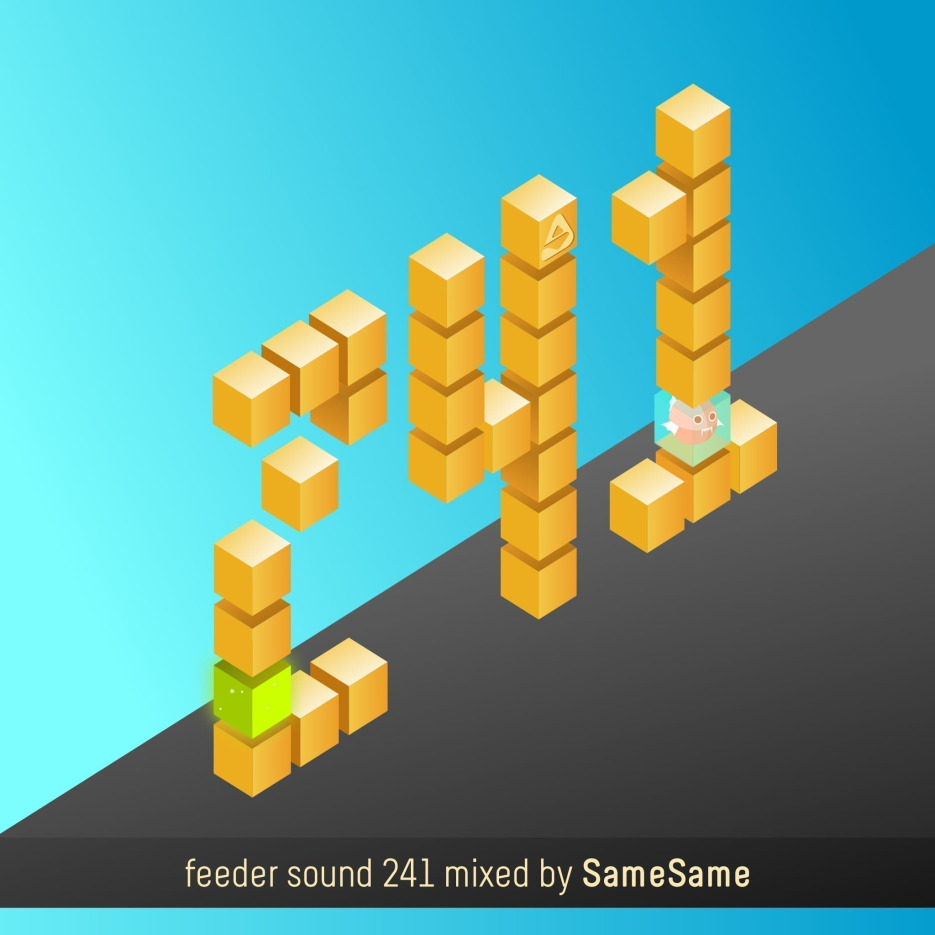 Our guests for this week’s episode of the feeder sound podcast series step up the game with an immersive recording that will make you want to move your body for sure!

Siegen-based DJs and producers Daniel Gorziza and Cajetanus join forces in order to bring forward a new musical venture under the SameSame alias. The two are well-known for their intense activity on the electronic music scene for quite some time now as well as for the launch of the underground vinyl-only record label Resketch earlier this year, where they dispatched smooth vibes alongside Ema Remedi and Acanalar. With a signature sound that incorporates funky elements, trippy minimalistic patterns and groovy rhythms, the duo is set to make some waves, so stay sharp!

Ever since Daniel Gorziza experienced the club culture with his friends when he was very young he became truly passionate about electronic music and dedicated more and more time to explore its possibilities. Starting with mixing and touring, he slowly moved to production work, developing a full-time career that brought him massive support and recognition from a lot of established artists. Throughout time, he collaborated with imprints like John Digweed’s Bedrock Records, Rotraum Music, Snork Enterprises, Repulse Music, Moira Audio Recordings, Act Natural Records, Kanja Records and Engineer Records.

Loving quality house and techno music, Cajetanus sure knows how to deliver when he’s behind the decks or in the studio. He first stepped into the clubbing scene in 2010 and shortly became a resident DJ at Plan B Club in his hometown while also working on his own sounds. In 2014 he was added to the Little Helpers family and dropped a very energetic EP, while other collaborations include Freitag Limited, Catharsis Records, Extravaganza, Hossh Records, Totoyov and Fantastic Friends Records.

“The mix is representing the music we love at the moment. Groovy and breaky tracks with minimalistic basslines, this mix is aimed at capturing the raw textures and organic feel of this genre achieved by the use of two Technics turntables.” – SameSame

feeder sound 241 mixed by SameSame was recorded at their home base club dee2 in Siegen, Germany, where the duo enjoys an inspiring residency and hosts amazing events. The set unfolds a 3h long journey into various styles of house and techno music qualifying as the perfect weekend starter. Enjoy! 🚀

What do you think about this project and the way that Daniel Gorziza and Cajetanus combine their skills to deliver a fresh approach to modern music? Let us know in the comments!