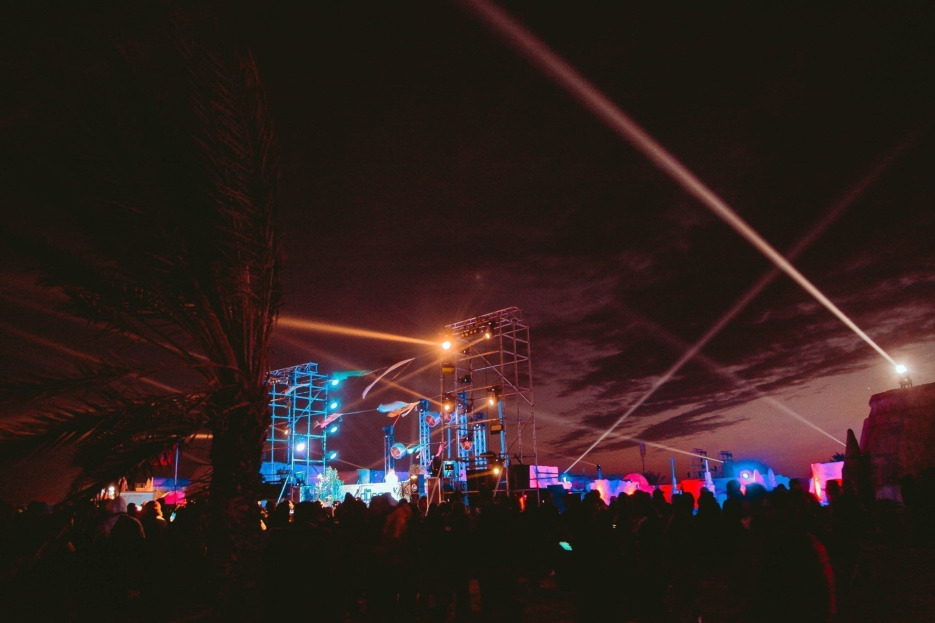 For two days this past weekend, the people of Tunisia forgot the troubles of the last few years and came together under one groove. That might sound poetic but it’s also true: Les Dunes Electroniques had to take a break for four years after two Islamic State perpetrated attacks at Tunis’s Bardo Museum and a Sousse beach in 2015.  Now though, it is back with a vengeance.

In all, 6000 people attended this year’s event, and 90% of them were locals. They are a friendly sort of lap up the sounds of international DJs. They play on a site that was built for a Star Wars set and has been used for iconic scenes in the series a number of times (including serving as Anakin Skywalker’s childhood home of Mos Espa, on Tattooine, in Episode I: The Phantom Menace). That is at Ong Jmal in Nefta, Tunisia, a dry and dusty place in the Sahara that oozes history and culture, with crumbling architecture really adding gravitas to this special site.

Sets from the likes of Luciano really got the crowd excited. His minimal beats and infectious percussion really got the crowd going. Archie Hamilton offered up the driving tech-house that has made him one of the most in-demand names in the game recently, and Audiofly also impressed. Nicolas Lutz dug as deep and took us on a really cosmic journey who he played in the dead of night and closing down on Sunday from 6-9, French house legends Apollonia really made their mark.

The weather is, of course, great, and you can take camel rides and explore the local bustling markets, as well as many other treats before and after the music gets going, which really stands this apart from many identikit festivals in Europe. Either you’re under a canopy of stars or bathing in a lush sun, or glaring at the most magical sunrise or sunset. This place really is picture-perfect.

The can be no better way to take a cultural trip filled with brand new experiences and world-class food, as well as top international DJs, than to head to Les Dunes Electroniques. It is a part of the world that is unlike any other and the organisation of this festival makes it a no brainer.