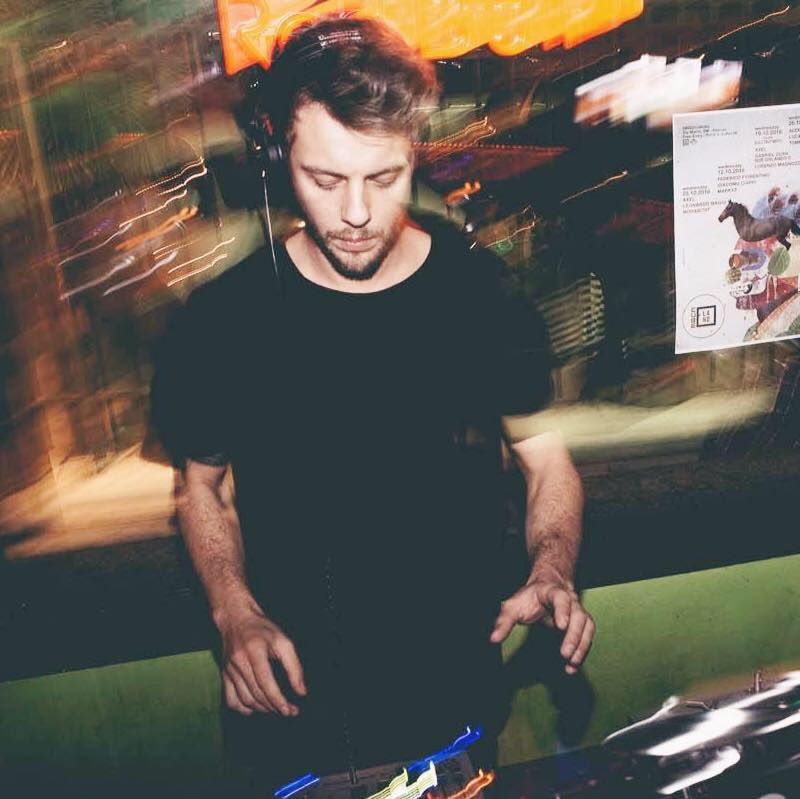 Taking inspiration from the likes of Perlon artists, Ricardo Villalobos and Zip, and, in more recent times, artists from the Romanian revolution such as Raresh, Rhadoo, and Barac, Michael has amassed an enviable vinyl collection, and has forged an underground sound of his own fusing elements of dub minimal, house, and techno. Regular 5+ hours sets at Ibiza’s infamously selective spot – Ibiza Underground have been supplemented by performances at Ibiza’s super clubs such as Privilege and Space, alongside his long term Ibiza residency at The Zoo Project.

One of my most prized records. I was gifted this by the label owner about 7 years ago and I don’t think it’s left my record bag since. Incredible atmosphere and a bassline that doesn’t drop for the first 4 minutes, a great track to pick up the pace mid-set.

I bought this on Discogs for 60e’s and it was re-released not long after! I don’t mind though because I play it all the time. A perfect combination of infectious bassline and floaty pads that make it a great track for any time of the night. Guaranteed smiles and dance moves with this one.

3. Michael James – Catch Me If You Can (Huerta Remix)

Constant Black recently released a remix compilation of my album “Winds Of Change” with four amazing remixes from Nick Beringer, Jorge Savoretti, Pascal Benjamin, and Huerta. It’s great to hear other artists’ interpretations of my work and it’s almost impossible to choose a favourite one, but Huerta’s remix is always going to work on the dancefloor.

Another old record from 1999, this one produced by Steve O’Sullivan on one of my favourite labels – Mosaic. You can grab a copy on Discogs for about 30e’s and all the tracks on the record are great. I love this one because of its an unrelenting groove, it’s a track that just keeps chugging away from start to finish and it’s great for hypnotising dancefloors.

This upcoming album from Instinct aka Burnski is absolutely incredible throughout. The production level is something else, it’s a pleasure to just listen through the whole album as a long player, but there’s a particular track on it called “Can’t run away from yourself” which I’ve been playing in all my sets this summer. At first, I was a bit unsure how a dancefloor would react to it because it stands out so much, but the first time I played it was at DC10 for Game Over and the place completely erupted when it dropped. I’ve found an excuse to play it in every set since! I couldn’t recommend this album highly enough.