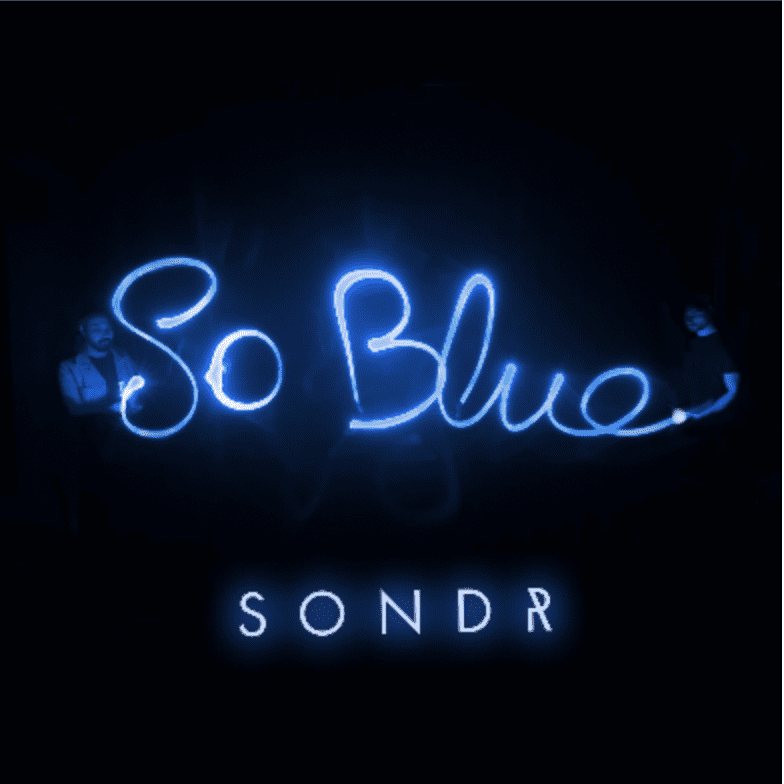 London-based DJ and producer duo Sondr have reworked the 1999 Eiffel 65 classic ‘Blue’ on their new single ‘So Blue’, out 11th October via Ultra.

With its hushed lyrics and polished electronic elements, ‘So Blue’ is a sultry, progressive take on ‘Blue’. The original record, by Italian eurodance three-piece Eiffel 65, was #1 in the UK Singles chart exactly twenty years ago, having first reached the top spot on 25th September 1999. The Grammy-nominated, platinum-certified smash reached #1 in more than twenty countries.

Originally working separately as songwriters and producers with artists such as Lana Del Ray, Meghan Trainor, Ella Eyre and Conor Maynard, Sondr first united on ‘Surviving’, a debut single that became gold-certified. They quickly followed this up with ‘Live Love Learn’, a single with Swedish Grammy ‘New Artist of the Year’ winner Peg Parnevik, which also went gold. Since then they have amassed over 100 million streams, including collaborations with Lenny Kravitz and Felix Jaehn.

A modern take on a bona fide 90s classic, ‘So Blue’ simply can’t help but delight.

We are super happy to invite you to join the #digitizARTE #opencall for #sound & #art. We will award 3 prizes for each category.
Our new EP produced by #Bucurie aka @mihaaaai is out. Grab your copy at @deejay.de
25 #micROhouse and #ROminimal releases on vinyl
For our latest episode of #feedersound, we invite the #chicago duo @ciphr.music to deliver an inspiring live set built with a lot of unreleased tracks. Enjoy this summer weekend 🔊☀️
This week on feeder.ro #vinyl & #digital
🔊 Premiere: Birdsmakingmachine – ZMT003 (w. Franco Cinelli remix) [Zimotik]
Our latest #EP with @oanapuciu is out, and you can find a few copies at some of the most fascinating record shops around the world
This week on feeder.ro ☀️🔊💛
feeder sound · RO