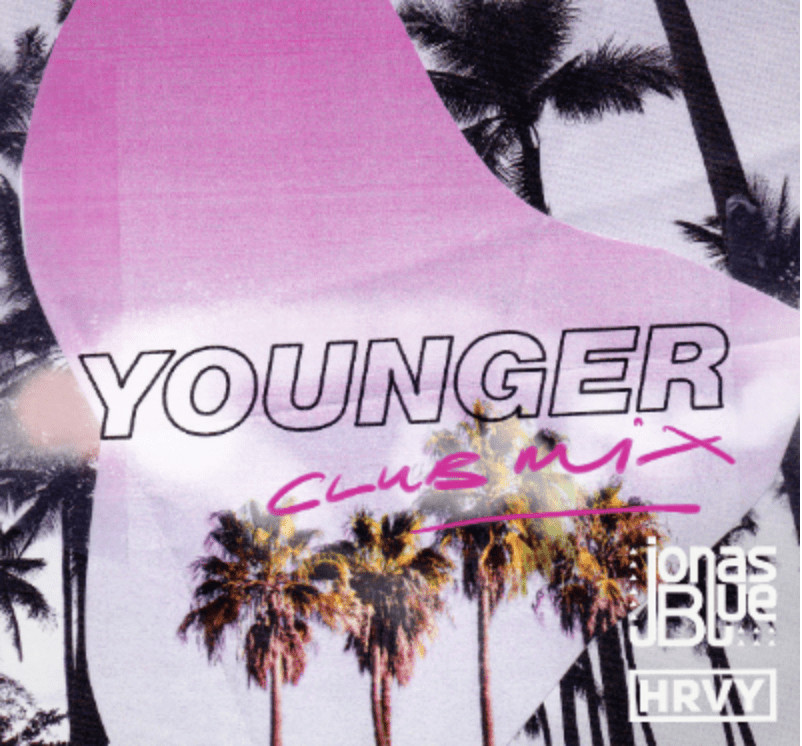 The ‘Club Mix’ of ‘Younger’ delivers a pitched-up, high-energy version of the original, accentuating the kick drum whilst losing none of the feelgood emotive elements that make the track so special.

The ‘Club Mix’ also comes just one week after the release of the ‘Younger’ official video, which stars influential instagram sensation/LA Fitness Model, Sommer Ray and sees Jonas Blue and HRVY kick back at a Malibu pool party.

Spawned from a friendship that first blossomed on stage at the Capital FM Summertime Ball, Jonas and HRVY produced an electronic pop anthem in ‘Younger’, a single that has already amassed over 7 million global streams after being released earlier this month.

In an era of slow-building careers, Jonas is an anomaly. Amassing an armoury of platinum hit singles, with over 8 billion global streams and over 45 million singles sales, he has become a mainstage DJ, pop powerhouse and critically acclaimed songwriter all wrapped into one. His hits include ‘Fast Car’, ‘Perfect Strangers’, ‘Mama’, ‘Polaroid’, his collaboration with Liam Payne, and ‘Rise’ – one of summer 2018’s biggest global hits featuring Jack & Jack.

At just 20-years-old, HRVY is already a global star in his own right, with 4.5 million Instagram followers, over 2 million YouTube subscribers and more than 750 million combined streams to his name.

Destined to make its way onto countless dancefloors throughout the remainder of 2019 and beyond, the ‘Club Mix’ of ‘Younger’ takes a summer pop anthem and makes it infectiously danceable.