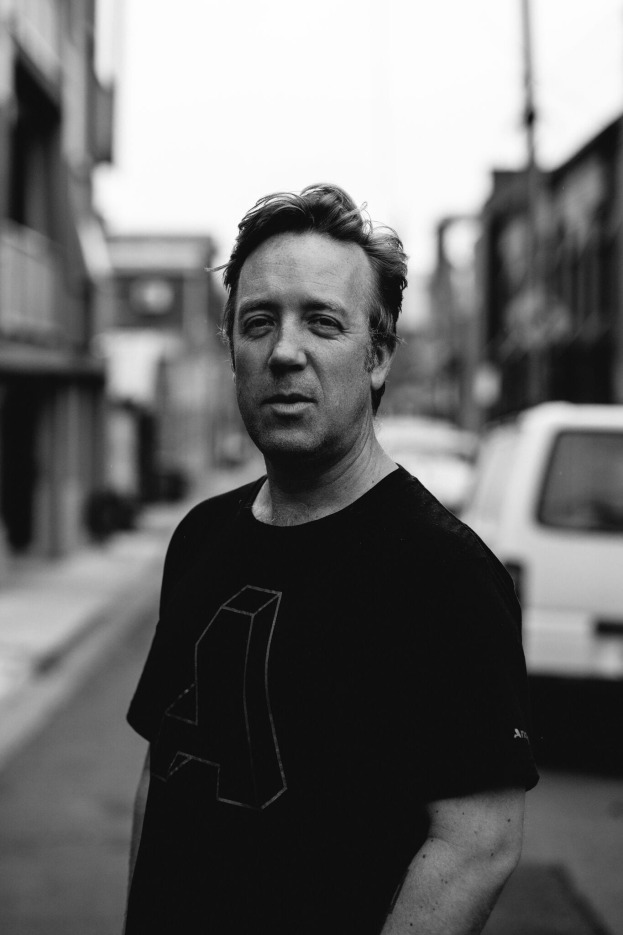 Ahead of the Awesome Soundwave party on October 17th at Amsterdam Elementenstraart, we decided to get in touch with Christopher Coe, a Melbourne-based DJ/producer who boasts serious chops when it comes to releasing high class techno sounds. Indeed, so intricate and special is Coe’s body of work, that last year his latest album even saw the light of day on Carl Cox’s Awesome Soundwave imprint. A man who’s just as comfortable playing live and DJing, Christopher will join Carl and a host of other wonderfully-selected guests for the ADE show. Interestingly, nearly all of the guests are live acts too; no mean feat in a scene where DJs typically rule the roost. Aside from his own live set and a DJ/hybrid set from Coxy, the showcase will also feature other live acts such as Hannes Bieger, Julien Chaptal, Mat Playford, Reinier Zonneveld, Saytek and Quazar. Safe to say we’re looking forward to this one a lot! Here’s what happened when we put some Qs to Christopher recently…

Hi Christopher, thanks for taking the time to talk to us today. Let’s start by asking about your relationship with Carl Cox. How do you know Carl and how did you first come to his attention?

Thank you for the invite! 🙂
Carl and I have known each other a long time.. we met years and years ago through my mate Charlie Hall who ran a label called Pro-Jex (where I released some jackin’ records) and we toured together on the Australian touring festival The Big Day Out.. Carl’s played my tunes over the years and always been a supporter and enabler. He’s a long term friend.

How does it feel to have the backing of such a legend in the scene?

To be honest some days I stop and realise: ” holy fuck! Carl Cox is playing my tune! ” or ” wow! Carl Cox and I just chatted on the phone for an hour!” It is funny, because we really are mates and one forgets sometimes the actual impact that Carl has had and still has on the scene worldwide, and then I’m reminded again when we’re at a show and the absolute mad love and enthusiasm from the crowd when he simply walks on stage!

I feel very blessed and fortunate to be able to work with Carl so closely, he has such a breadth of experience and knowledge and I learn so much from him. It feels truly like a rare privilege to work with a person who has such grace and loyalty and whose passion for music and sharing it with the public never dies! I am very grateful!

Also, you’re running a label with him now, Awesome Soundwave. What’s the thinking behind the label? It’s for live acts only, right?

Yeah, that’s right. ASW is a label started by Carl and I. His vision was to start a label that goes outside the boundaries of the normal techno labels, something different from Intec Digital for example, and focus on live artists exclusively. And, further to that, to release long play projects (albums), thus allowing the artists to really expand on their sound beyond the limitations of the EP format.

The label was inspired initially by my project MNTNS of SLNC which is a live audio and visual show (and album) that I created inspired by the mountainous landscape of the west of Ireland. Carl really dug this and suggested we put it out, and, in fact, start a label! Man I was blown away by this level of support and encouragement and I jumped at the opportunity of course! So, now we are doing it and we have loads of great artists and music coming out .. we’ve already released my album, Mat Playford’s “Solar” and Saytek’s “Improvisations” albums with so much more to come!

With Carl predominantly a DJ, why do you think he was so attracted to a project like this? And why were you?

Well for one, Carl is a true music lover! Of all genres!.. He is more than a DJ, he is a purveyor with a huge knowledge of great music from way back (you should see his record collection!) . And he sees that there needs to be something more going on in the scene now, and he wants to encourage evolution rather than just sticking with what we know.. I think that is the secret of his success really, he has never just stood still. So, it’s not really surprising that he would want to do something new in this realm.

I have always felt that live electronic music can be so much more dynamic and bust open genre boundaries, I mean, some of the biggest electronic acts of our time were/are actually live aren’t they, from Kraftwerk to Orbital to Chemical Brothers, Massive Attack to Underworld and Prodigy etc.. It’s the dynamism of the live elements that allowed these acts to expand beyond the dance floor and create amazing shows.

So, we both felt it was time to support that again.. and find and nurture the new live superstars of the future!

Awesome Soundwave is hosting a really cool party at ADE. Can you tell us a bit about how it’s all coming together and who you’ve got involved? Is there anyone in particular whose set you’re really looking forward to checking out?

Yeah, we are doing a great Label showcase during ADE in partnership with the Awakenings team. What an amazing honour to be doing it with them! Carl is hosting the show and doing a special live hybrid set himself and for the first time really every act on the main stage will be a live act! I still haven’t figured out the logistics of this but it’s going to be crazy with all sorts of boxes and cable spaghetti funning everywhere 🙂 It’s not gonna be DJs turning up with their USB stick!! (nothing wrong with that either btw!)

We’re doing it at the legendary Elementenstraat Warehouse, which, actually, is the same building I used to run a studio in for Beatport some years ago! Wheels keep turning!

We have invited Saytek, Mat Playford, Julien Chaptal (whose album “The Way” is coming out the day before the event!), the legendary Quazar, Reinier Zonneveld, Hannes Bieger and meself all to play live! And Carl, as I said, will also play hybrid live where he will be remixing tracks dropping loops and beats on the fly and mind blowing us with his inimitable skillz!

Then we have some amazing DJs in the other stage: Chelina Manahutu, Acid Mondays, Alex Kennon, and Francisco Allendes.. I mean, what’s not to like ??!!

You’ve also just dropped your latest LP there, with this one released via your own name. Why was now the time to drop the alias and go out with your own name?

yeah, MNTNS of SLNC came out early last year.. it was the first on the label and my first full length release in quite some years. And yes, it was released under my own name, not the Digital Primate moniker.. Actually Carl strongly advised me to do this, make a new start, step out from behind the alias was what he suggested.. And I agonised over it for a night and then realised (of course) the wisdom of his recommendation.. It was a new departure for me, something that was even more personal than I had ever done before because it really is a sonic tribute to the landscape of my home region.

I tried to depict sonically the ruggedness and majesty of the mountains of west Mayo, the rugged coastlines and the sense of history (both human and geological) there.. These mountains and coastlines are places I feel most at home in, most at one with myself and the universe, so, it is a personal story, as well as, hopefully, a universal one.

I made this record with no ambition other than to create something based on the strength of feeling I have for this landscape, and so, it made sense to put my own name to it. Carl saw that before I did even! 🙂

Do you feel more pressure releasing under your own name or are you just as confident?

No actually, I felt relief to be able to do it and stand behind my work in a solid and definitive way! Best thing I ever did! 🙂

You’ve DJed for years but have recently transitioned to a live act. Is this more exciting for you these days?

I have always done live shows over the years, started in bands many years ago, playing guitar, singing even! Then started DJing because it was and is so much fun! But often I would do the odd electronic live show.. and in 2010 through to 2013 I formed an electronic crossover rock act called Metals, we even played Glastonbury!

But now I have really challenged myself with this MNTNS of SLNC show. It is a fully live show with integrated visuals. We went and climbed the mountains and took drone footage of these most remote and stunning locations and, working with Roy Gerritsen of Boompje Studio in Amsterdam as the creative director behind the visuals have created an amazingly rich and unique show. Incorporating the location footage, satellite imagery of the location, animations based on an ancient irish written language called “Ogham” and Roy’s transformation of the mountains into wireframe animations.. It truly is unique and it is the result of the initial concept I had to create a live AV show. I am very grateful and privileged to be working with such a talented artist as Roy..

What else can we expect from you over the next while?

Well, I have a collaborative EP coming out this month (September 27) where I worked with a group of artists from the West of Ireland who live with intellectual disability. We made techno together! It’s a great project and we decided we had to release it. Carl has been playing the tracks for a while now and they stand up beside every other good techno tune.. It’s called “Pick Up The Phone EP” by Christopher Coe/ The Upstarters..

And aside from music, what else is keeping you busy at the moment?

Climbing the hills.. of course!

Keep up with Christopher Coe on Facebook at: https://www.facebook.com/christophercoemusic/

For further info on Awesome Soundwave at ADE, check: https://www.amsterdam-dance-event.nl/en/program/2019/carl-cox-x-awesome-soundwave-awakenings/26632/