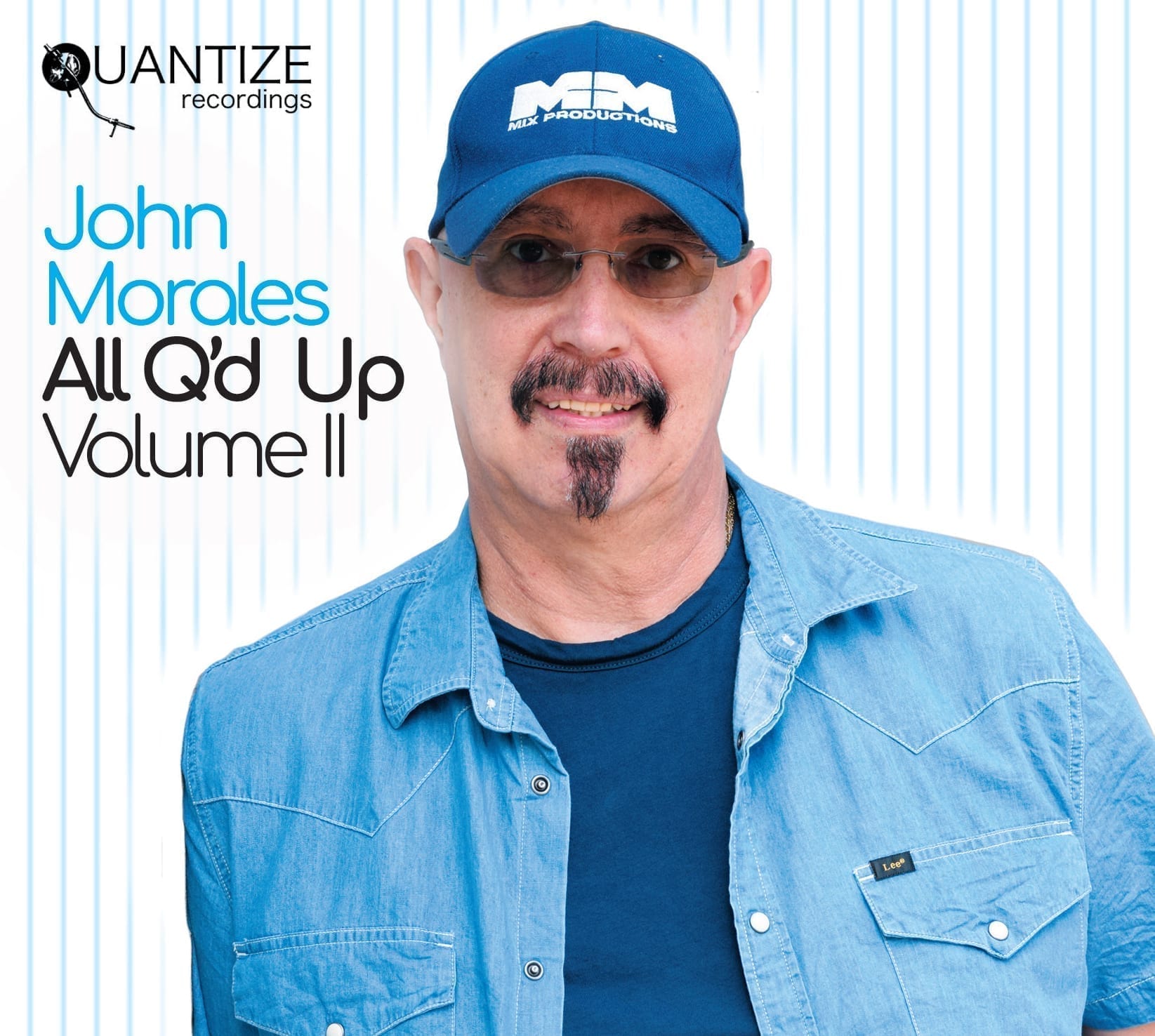 John Morales
‘All Q’d Up Volume II’ Compilation
Quantize Recordings
With a massively impressive music production career that span’s over 40 years(!), there’s a pretty good chance you’ve heard a John Morales (M+M) production or remix in a club or on the airwaves. The hugely respected Nuyorican producer reveals the 2nd edition of his ‘All Q’d Up’ compilation series on Quantize Recordings, boasting a glittering selection of his own original productions and remixes.
The album features 3 stunning new cover versions from John; the Terry Wells classic ‘I’m Giving All My Love’ with UK soulstress Natasha Watts, which will be released as his next single with remixes; Jean Carne’s Disco gem, ‘Was That All It Was’ with Thommy Davis ft. Richard Burton; and a collaboration with DJ Spen as Spencer Morales on Tina Marie’s ‘I Need Your Lovin’. Also on the package is a selection of wonderful soulful and disco M+M remixes of tracks from SEL & Gary Hudgins, Sebas Ramis & Tutsi Girl PLayhouse, Ronnie Herel & Brian Power, Soulista, ReelSoul, Tasha LaRae & DJ Spen, and a show-stopping rework featuring Susu Bobien vs Loleatta Holloway of the giant Disco anthem ‘Love Sensation’.