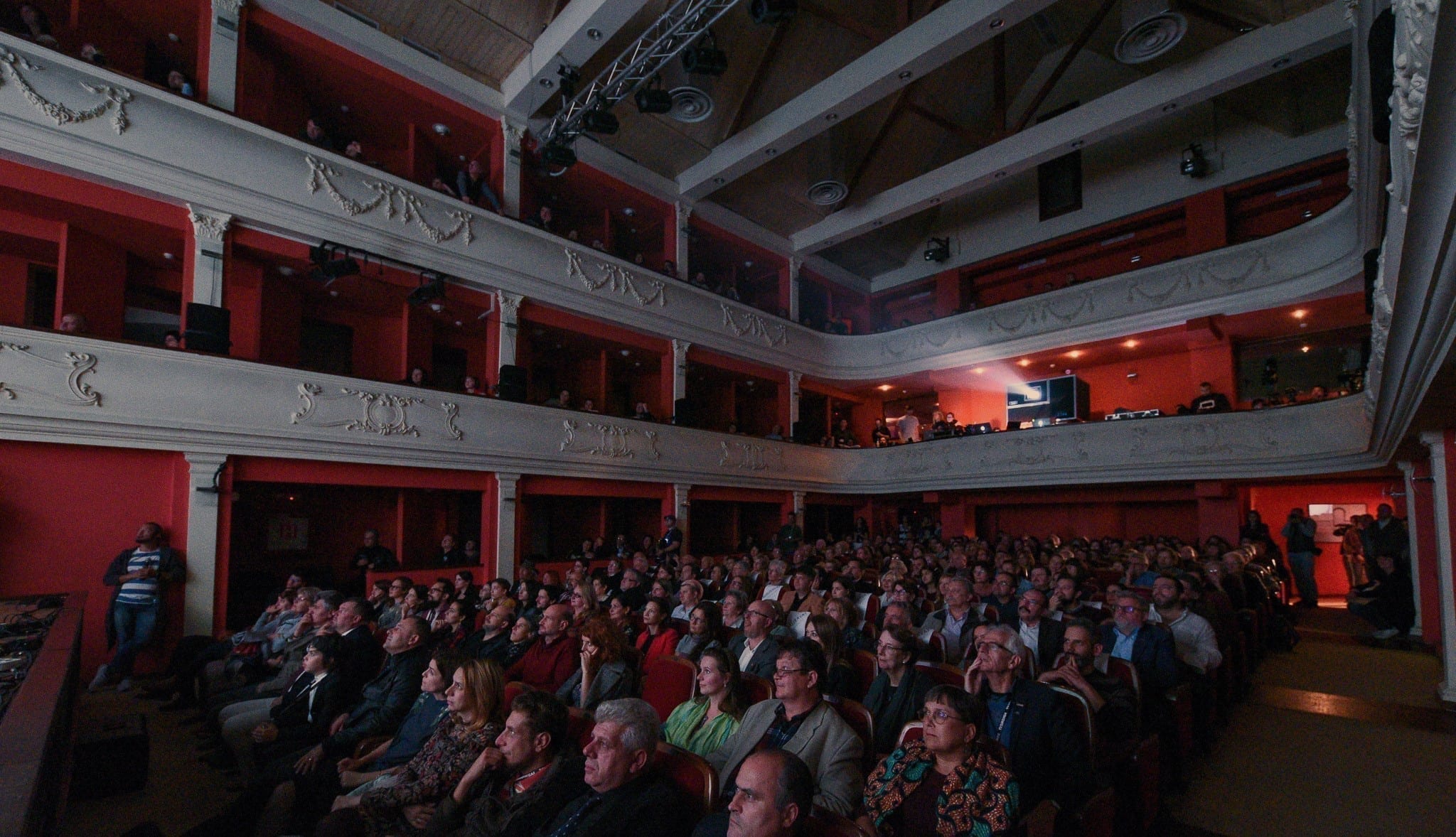 126 films from across the world have made it to the Official Programme of the 26th Astra Film Festival, which will take place in Sibiu, between 14th and 20th October 2019.

46 films are competing for the awards of the four competitive sections: INTERNATIONAL, CENTRAL&EASTERN EUROPE, ROMANIA and DOCSCHOOL. Additionally, 57 films are either in one of the 12 thematic programmes or are to be screened as part of the Astra Film Junior section, which is Astra Film’s unique programme dedicated to young audiences. Most of the films in the programme will be screened in Sibiu for the first time; over 55 films have their national, international and world premieres at AFF.  Please find the entire Astra Film Festival 2019 official selection here.

From Argentina to Japan, from Iceland to Kenya, and from Russia to Canada – the films in the official programme come from 45 countries and five continents to offer the audiences a ride on the cinematic endurance track of the latest most significant productions of non-fiction cinema.

Ushering distinct directorial visions, Astra Film Festival aims to familiarize the public with diverse and deep stories about the world we live in, transposed on the big screen. Sibiu will once again become a common space friendly for film directors and film lovers, in which the passion for film art will transcend borders and differences. The experience of watching films will be complemented by Q&A discussions and meetings with industry professionals. The selection of films is all the more remarkable as it brings together documentaries made by young authors and great masters of the genre.

The official selection of the Astra Film Festival 2019 is comprised of 4 competing sections (International – 11 films, Central and Eastern Europe – 10 films, Romania – 11 films, DocSchool – 14 films), 12 special thematic programs and 3 programs for children and teens, adapted to age groups ranging 6-18 years. A series of very recent immersive documentaries, which push all the boundaries of imagination, will be displayed in the form of VR and full-dome productions in the cinema-dome, which will be installed for the fourth consecutive year in the Great Square in Sibiu.

The 126 films that make up this year’s Astra Film Festival program will be screened in Sibiu for 7 days, in 9 venues in the historical center of the city. The opening ceremony of the XXVI edition of the festival is scheduled on Monday, October 14th, and the Awards Ceremony will be held on Saturday, October 19th. The program of the festival will also be spirited by concerts, conferences, panel discussions, masterclasses and events dedicated to industry professionals

„In 2019, as in the previous years, we have designed a program that brings together the diversity and complexity of the world in which we live through the eyes of the directors, who tell their stories through film, using creative approaches, emotions and visions that transcend daily life. We offer an exhibition space, at the highest standards. Nevertheless, the public is the one who sets in motion this whole mechanism. What we can guarantee is that Astra Film Festival is a genuine experience that anyone will definitely enjoy. And I say this bearing in mind the 26 years în which the festival has become an increasingly sought-after destination on the map of high-end cultural tourism.” says Dumitru Budrala, Founding Director of Astra Film Sibiu.

Astra Film Festival 2019 is coordinated by Astra Film, CNM Astra and the Astra Film Foundation, with the support of the Sibiu County Council, the Ministry of Culture and National Identity and the National Center of Cinematography. The event is co-financed by the Sibiu Local Council through the City Hall of Sibiu.

Tags:2019astraAstra Film FestivalcinematiccompetitieFestivalfilmfilmeSibiu
previousLad Alive premiere with their debut single “Everybody Be Uprising”
nextRiton and Oliver Heldens link up new single ‘Turn Me On’