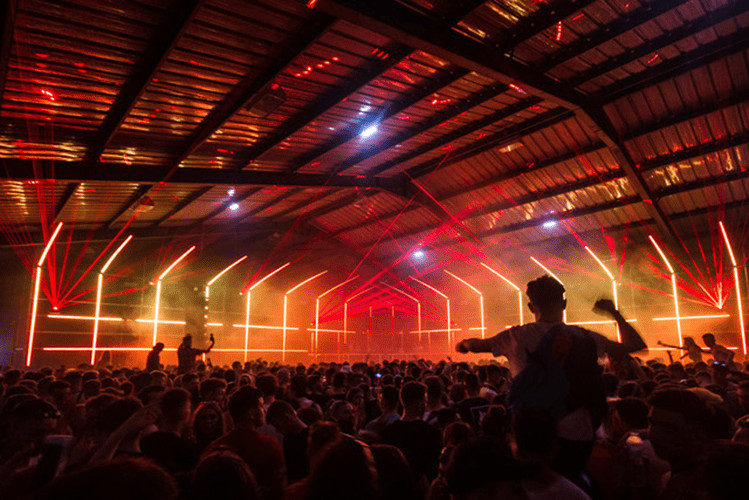 Terminal V’s hugely anticipated Halloween event – The Reckoning just got even more insane with the news that Amelie Lens is the final headliner to be announced. As well as the addition of exciting new stage ‘Sneaky Pete’s Selector Stage’ which will feature all-female artists. Details of this stage will follow soon, but will feature the likes of cutting edge artists Ida and Mor Elian plus live shows from Free Love and Minimal Violence.

This was already set to be the biggest dance event in Scotland since the turn of the millennium, and now it’s even bigger: it takes place at the Royal Highland Centre mass warehouse complex with a total capacity of 20,000 people, immense production packed full of specialist lighting designs, mesmeric visual effects and five unique stage concepts that will make the whole thing an utterly thrilling and escapist experience.

The big news is that the final artist announced is none other than Amelie Lens, the Belgian superstar known for her hard, driving and uncompromising sets of fierce and powerful techno, and she leads the charge on a huge line-up that already includes the likes of Annie Mac, Laurent Garnier, Ben Klock, FJAAK, Marcel Dettmann, Gerd Janson, Skream, DJ Seinfeld, Red Axes, DJ Tennis, Alan Fitzpatrick, Hot Since 82, Frazier and Rebuke amongst many more.

This legendary Edinburgh nightclub Sneaky Pete’s return to host a stage which will be a place to hear cutting edge female DJs and live acts who are right at the vanguard of the house and techno scenes. First up, Vancouver duo Minimal Violence are riding high off the success of their latest album InDreams on Technicolour which is a dusty, acidic, industrial tinged techno masterpiece. Their arresting live show is joined by more audio visual stimulation from the edgy Free Love, with Ida and Mor Elian also joining in with more to be announced.

This is set to be an unforgettable event, with a monster line-up and vast crowd all in fully transformed warehouse spaces that will leave you spellbound.

Terminal V’s promoter Derek Martin – “We’ve increased the festival site each time since we launched in 2017, but this is by far the biggest leap yet, connecting up a 3rd (and the biggest) warehouse space to our existing site, opening doors on all sorts of new stages, production and acts than ever before. To our knowledge, there is no bigger indoor event space in the UK to hold such an event, it’s set to be incredible.”

Terminal V Promoter Simon McGrath – “We’ve been excited about this warehouse addition for some time. It’s great to now be at the level that we’re able to incorporate an additional 10,000 capacity space into our Terminal V events. We can’t wait to get our production team into the space. The lighting and sound designs we have planned for the new space are going to complete the new layer in Terminal V ‘s growth.”