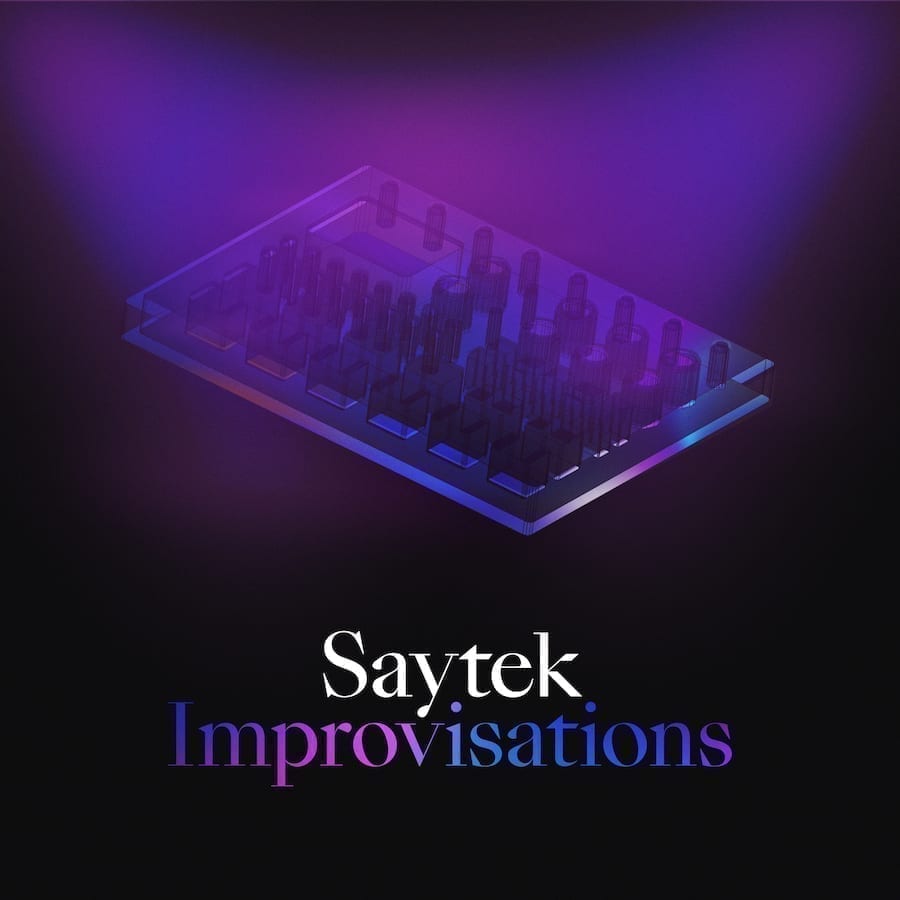 UK artist, Saytek (aka Joseph Keevill) is fast becoming one of electronic music scene’s most in-demand live acts and he’s even making his Creamfields live show debut this month. With House and techno pioneers such as Carl Cox, Kevin Saunderson, Darren Emerson, Steve Lawler, Danny Rampling, and MR.C all tapping him up for music to release, his music has been released on top labels including Awesome Soundwave, KMS, Superfreq, Liebe*Detail, Soma, Bedrock, fabric and many more.

Following his ‘Easily Influenced EP‘ on Carl Cox and Christopher Coe’s Awesome Soundwave label last year, he’s set to launch his brand new album packed with cutting edge live creations aptly titled ‘Improvisations’. From the opening wizardry of ‘Spherical (Live)’ through to the final throb of ‘The Future Then (Live)’, Saytek demonstrates sheer dexterity and fluidity, instinctively travelling between Techno, House and Acid across 11 impressive live jams. He’s fresh, cutting edge and above all, the most impressive thing about this artist is he writes and records everything live!

“He really is an amazing live artist. I felt compelled to have him on the label. I really like the idea that he doesn’t waver on commerciality with his sound in any way, shape or form, if anything he goes deeper into his sound. I really like him and what he is doing.” – Carl Cox

“‘Improvisations’ is arranged live with loads of improvised parts and I really feel I went deeper into musicality and sound design with this project, embracing both analog and digital creation techniques. Its techno and house from my heart and mind performed live”. – Saytek