Getting To Know… Aaron K Gray 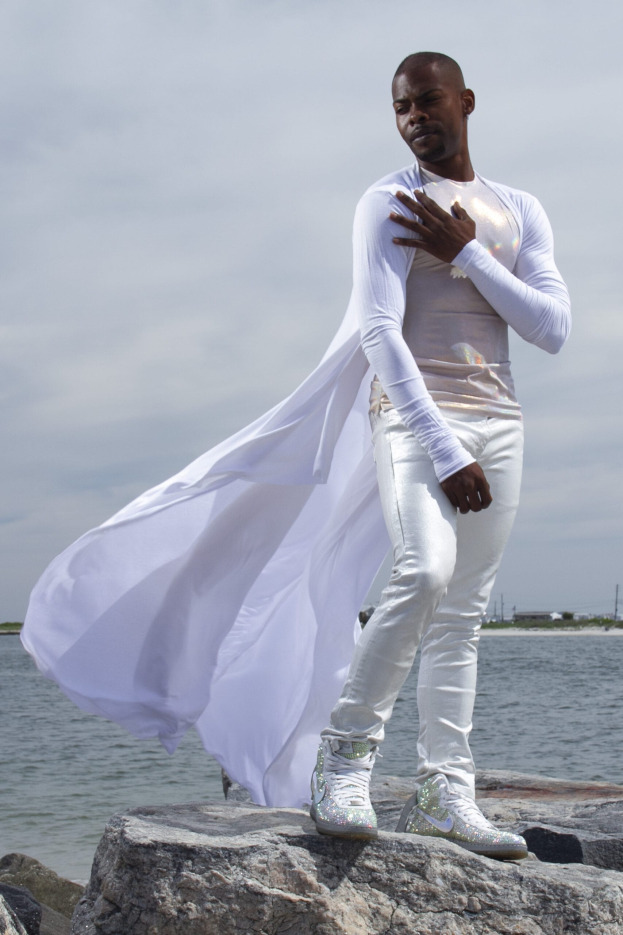 Getting To Know… Aaron K Gray

American Soul and Gospel House singer / songwriter Aaron K Gray has just released his brand new album ‘A Journey Into House’. We get to know a little more about this exciting up and coming artist and his excellent new release…

Aaron K Gray: Originally I am from Delray Beach, Florida. I got started as a singer in my parents choir where they were both Pastors.

f: Who were your biggest musical influences growing up and do they play a part in your sound today?

Aaron K Gray: I would have to say a major part of my musical influences would be John P. Kee, J Moss, the Clark Sisters, Karen Clark Sheard, Kim Burrell, and Smokie Norful, And they are definitely a big part of my sound.

Aaron K Gray: My first release was ‘Body Rain’, an album I released in 1999, and My first house single release was ‘Wonder Why’ with Tony Humphries, Junior White and Noelle Barbera

f: Your first House record, ‘Wonder Why’, was released on Tony Humphries label, how did that all come about?

Aaron K Gray: An amazing musician and producer by the name of Junior White and his wife Noelle Barbera found me in a chapel singing and they gave me the opportunity to begin singing house music.

f: You’ve just released your new ‘A Journey Into House’ album, what can we expect to hear and are you pleased with the results?

Aaron K Gray: On this album you can definitely expect to hear my personal journey into house in its entirety up to present day, there is soulful house, Afro-House and some stories of personal experiences I’ve had. I am so grateful to have worked with all of the amazing people who are a big part of ‘A Journey Into House’, without these amazing producers, I don’t know if it would sound so beautiful.

f: What fuelled the decision to experiment with a dance music album rather than continue with the R&B vibes of your first album ‘Body Rain’? Has making house music been a natural progression for you, or will you be embracing your R&B side again in the future?

Aaron K Gray: Once I started working with Junior White, Noelle Barbera and Tony Humphries, I was pretty much hooked on house music, mainly because of the love that I have experienced from the entire house community.  The album I released in 1999 was really only to help someone who was a friend at the time to start their own label, it was never my intention to be an R&B recording artist, but I have always strived to be a singer who would make music that people can feel. I wouldn’t say getting into house was an experiment, I’ve always loved artists like Razolla, C&C Music Factory, Crystal Waters, Barbara Tucker and more, but I had no idea my future would lead me into music that I have always loved and respected. As far as R&B goes, I’m not sure what the future holds, but I will tell you this, the only way I will start working in another genre of music is if all of that music is guaranteed to be turned into house music.

House is home and has loved me more than I could have asked for and I’m definitely not stepping away from the genre.

f: The album features many collaborations and remixes from DJ Spen and Michele Chiavarini, Mark Francis, Graham Knox Frazier, DJ Gomi, Marc Tasio and Junior White. What did they bring to the table and who else would you most like to collaborate with in the future?

Aaron K Gray: Michelle Chivirani, DJ Spen and Mark Tasio got together for an amazing version of ‘Come By Here’; Mark Francis did a double dynamite job with ‘Resting Place’, the original and the remix both hit the top 10; Graham Knox Frazier connected with Scott Wozniak for ‘Thankful’ and ‘Hallelujah’, Junior White, Noelle Barbera and I got back together for ‘Jesus’ and ‘Rejoice’, these 2 songs will blow you away; DJ Gomi and I also reconnected on several songs after ‘All I Need’ to create ‘I Know A Man’, ‘I Got A Feeling’, ‘Continue’, and ‘Let Go’, once you hear these songs you’re going to want to put them on repeat, DJ Gomi is on fire.

f: You recently covered Christopher Cross’ 1980 hit, ‘Ride Like The Wind’ with Derrick Ricky Nelson, has this song got a special significance for you?

Aaron K Gray: My manager John Jackson initially introduced me to ‘Ride Like The Wind’, as I have never heard it before. But I am so grateful to him that he did, because it is a beautiful song that immediately fell in love with after hearing it.

Aaron K Gray: I would say ‘All I Need’ by DJ Gomi & I, it was the largest labouring song mainly because it was so emotional for me to write and put out, so it drew a lot of tears and took some time for me to actually be able to sing it without getting choked up.

f: How do you think you’ve grown as an artist since your first release and what have been your biggest challenges?

Aaron K Gray: I do see the growth and how I’ve grown to refine myself a bit more. I’ve grown to be comfortable on stage and always enjoyed interacting with the people on and off stage, I just think it got a little bit better with the experiences I’m having.

My biggest challenge I would have to say is really understanding and discovering who I am as an artist, so that way I can give the best of me to everyone.

f: Any tips or advice for aspiring singer / songwriters looking to break through on the scene?

Aaron K Gray: Make sure you dot your i’s cross your t’s, have respect for everyone, even if and when they don’t have respect for you. Stay focused and work hard, but most importantly, when you feel like quitting, remember why you got started in the first place.

f: How important are songs for our dance floors?

Aaron K Gray: I think songs are very important for all dance floors, it’s a time for Djs, singers and others on the floor to communicate through music. Have you ever gone out, but not really wanted to because you just weren’t in the mood, but you got there and the music the DJ is playing changes your mood, the people around you change your mood, or the singer who sang that night changed your mood, and when you left you were happy and full of joy? If you have experienced this, then you understand the power of music and how important it is for all mankind, as it is a glue that will bring us all together in peace love and harmony.

f: Who are your top 5 vocalists at the moment?

f: You’re based in New York, where are your favourite music haunts to hang out?

f: What was your highlight of 2019 so far and what are you most looking forward to?

Aaron K Gray: So far the highlight of 2019 is releasing ‘A Journey Into House’ successfully, and it starting out at #8 on the Traxsource chart, then in less than a day, it went to #4.

Aaron K Gray: DJ Brian Pope and I just recorded a song called ;You Showed M’e on the 10th of August, which we release later 2019 or early 2020. There a several duets that are in the works as we speak, I don’t want to mention names just yet!

Thank You so much for taking the time out to interview me, I appreciate you greatly!!!

‘A Journey Into House’ Album is out now on Quantize Recordings.
https://www.traxsource.com/title/1184381/a-journey-into-house