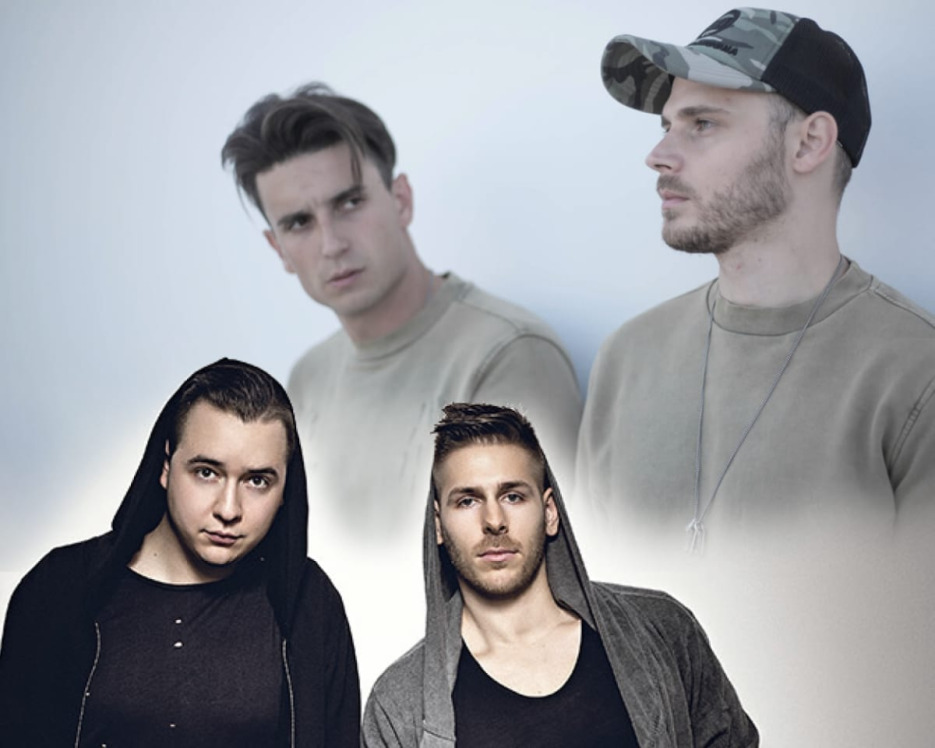 We caught up with Croatian duo, Vanillaz and Serbian artists Divolly & Markward – we wanted to find out how a chance link up at Ultra Europe led to their collaboration & stellar re-working a classic Romani track ‘Ederlezi’ Here is what went down:

Welcome to Feeder! Vanillaz, Divolly & Markward – how’s your Summer going & what’s good in your world right now?
Thank you so much for having us, Feeder! Summer has been crazy so far, we’re all touring a lot and when not on the road – we’re in the studio every day.

You have all played some pretty huge stages around the world – when performing at big festivals such as Ultra Europe, do you approach your sets differently – scale up your sounds, or then to play tougher?
Vanillaz: When playing on mainstages we have a different approach with the preparations of our sets but we still play the same Low Bass sound. Lots of artists change their sounds for their festival sets but we like to keep ours the same and the crowds really seem to love the style we play as its usually a break from the Trap and Super-Heavy music played on main stages.

Divolly and Markward: We approach festival sets the same way we approach club sets. We stay true to our sound and play our #PornGroove music. We find the tribal sound really works well for us in every scenario and we love to play it out!

Vanillaz, the back story of how Divolly & Markward heard you guys drop ‘Ederlezi’ live is a cool one – what was the crowd’s reaction like on that day?
Well, we really knew we had something special because of the crowd’s reaction that day. Everyone went mental and after we played the song we just looked at each other like WTF just happened! Then when Divolly & Markward came up to us and asked us about the song it confirmed that we had a big record in the making. We then decided to have them add their touch to it and we finalized the song into the version it is today.

What are your respective journeys into music – what labels and DJs have inspired / influenced you the most?
Vanillaz: It all started with getting into Vinyls when we were kids. Then slowly starting to Dj on classic turntables. From there we both met and realized we had the same love and passion for dance music. In terms of influences, we would have to say early David Guetta, Tiesto and Carl Cox. All legends in their own manner.

Has the music scene from your homelands helped shaped your sound?
None of us really listen to traditional music from our homelands but it is because of that we discovered our love for dance music. So, in a way it has for sure helped us find what we like!

Do you each have a favourite / key piece of hardware in the studio?
Vanillaz: Our Virus TI2

Divolly & Markward: Our MiniMoog is great for getting the perfect bass sound!

What do your touring/live schedules look like this year & are there any parties you are particularly looking forward to playing?
Vanillaz: We have a few shows left this summer and were also discussing a few tours in other regions. Right now were most looking forward to Friday 16th August, at Central the Club in Split. Every time we play there its just amazing.

Divolly & Markward: Our summer tour is just heating up! You can check our Instagram or Facebook (link below) for tour dates.

Divolly & Markward: Were now planning releases for the end of 2019 and the beginning of 2020.