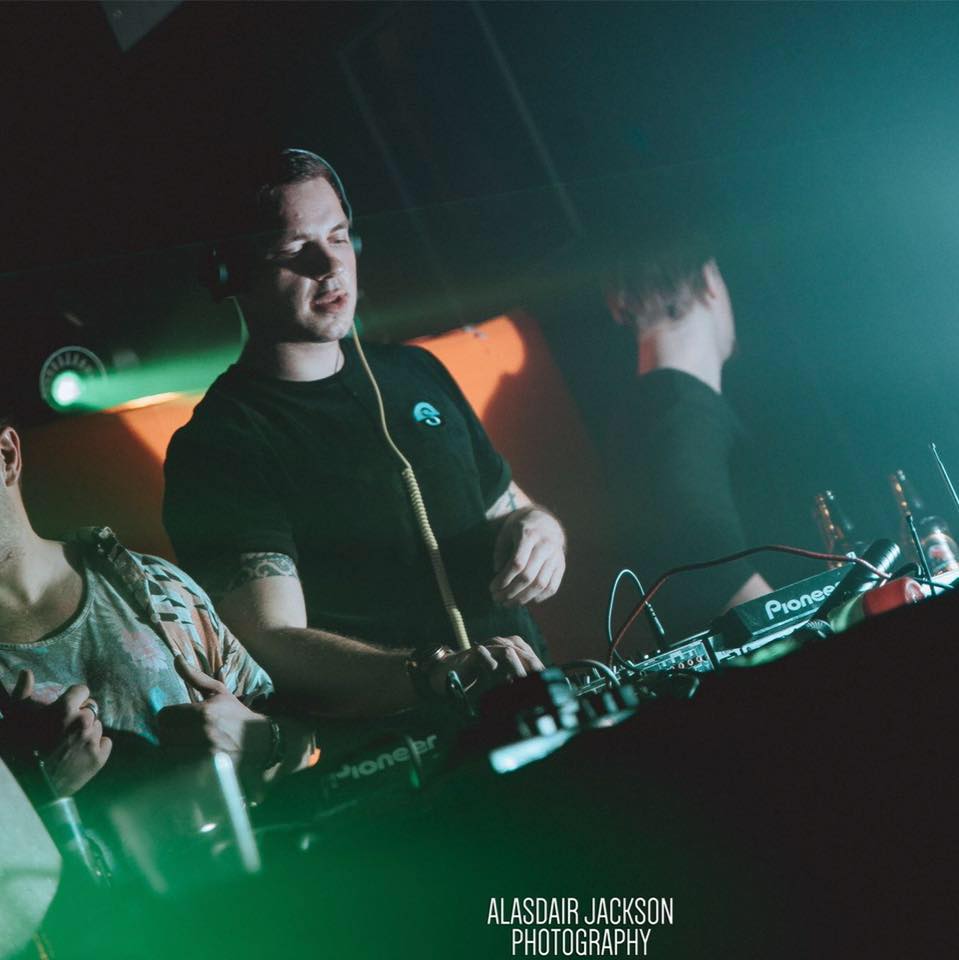 ILLICIT’s most recent release from Ben Straw is another development for the burgeoning scene coming out of a rather unsuspecting UK City. Hull, located in East Yorkshire, isn’t exactly known for it’s dance music, yet the tight-knit crew that has emerged from the guys behind this latest release is a promising sign of what’s to come. We asked Ben a few questions on what the scene is like in Hull, his forthcoming release on the label, and what his plans are for the future.

You can grab his latest EP, out on the 9th August, from Beatport

How has your year been so far?

Great, music wise. Very busy but that’s what we want isn’t it! 🙂

What is the scene like in Hull? Is that what got you into dance music?

I’ve always had a very open mind to music. From RnB, Grime & Garage growing up to enjoying a bit of Jazz and Classical nowadays when I’m not working on my own stuff or DJing. Reggae has always had a place in my heart too. My first taste of electronic dance music was all the stuff from the 90’s. The classic house stuff and what we would call old school garage nowadays. But I always remember becoming friends with some of the guys from Hull’s “underground scene” back in about 2009 and learning a lot from them, being taken to my first Different Language when it was at Fruit was definitely what got me excited about that scene and not just wanting to listen but learn how to DJ & Produce myself.

Is there a certain sound or style that is popular in Hull?

I think Hull has always had a nice variety of music going on in the city but it’s never felt like it could compete with any of the bigger cities in the country whereas I think now we seem to be putting ourselves on the map in all different styles of music. That’s just in my opinion and you see more and learn more as you grow older but as an 18 year old I always felt you had to leave the city for a big gig. Where as now we put them on our own doorstep, again in all different types of musical genres.

What inspires or influences your own music most?

When I’m in the studio… not much. I’m quite a raw producer I think. I don’t usually go in with a plan, I just start a rolling loop and let it grow into something. Sometimes I will go in thinking right let’s try for a Deep Track/Minimal sound/Tech vibe etc but no specific ideas other than that. One thing that does influence me to get in the studio is definitely going to a good old rave. Especially when the sound system is spot on and you can not only hear all the different frequencies nicely, you can feel the low ends just rumbling through your body. Its ace!

What gear do you use? Hardware or software? Is that important to you?

I don’t currently have a stable studio set up due to space and funds so every single bit of hardware I have is portable, which i quite like. I can literally fit my whole hardware set up in a couple of decent sized rucksacks. I have the first 6 Korg Volca’s (looking to get hold of the latest 2 asap), I have a Korg Monotribe, Korg Monotron & Monotron Delay, a Bastle – Kastle v1.5 and then a small Korg midi keyboard and a microphone. When the discussion about hardware or software comes up I wouldn’t say either was more important than the other. Some people can only just afford to get themselves a laptop and a DAW and maybe a plug-in or two so I wouldn’t want to dampen anyones drive by saying that’s not enough, because it is. So long as you’re creative in how you use your software then it’s more than enough and you can be proud of what you create. It is very fun to get your hands on some hardware though IF you can afford some or even lend some off a mate for a small while. I feel I create different sounds depending on what I use too which is always nice to hear and play about with.

Tell us about your new EP on ILLICIT. Where and when did you write it?

Yeah, Soul Brother EP. Really excited about the release and the support it’s been getting from others in the scene – and more importantly on the dance floor! I can’t remember exactly when I finished the tracks but it was quite a while back now. Maybe a couple of years ago but I was in the process of getting a collection of finished tracks together at the time before I even thought about sending them anywhere. I started my own label but didn’t feel they fit in with what I wanted for the label and then Tom asked me to send him some unreleased stuff for his new ILLICIT label and he took a shining to these two tracks. In fact him and Khyle both supported the tracks when they were first complete which is nice that Tom has now got to sign them to his label 🙂

How did you link up with the guys at ILLICIT?

I’ve known the lads for quite a while now. All of us except Jack Batty used to have a residency elsewhere and Jack was a friend of my little brother. My brother mentioned he DJed in his spare time and at their little house parties but no one really knew because it was about the love of it and not about letting everyone know he was a DJ which I thought highly of so I tried to take him under my wing for the first 6 months of him learning and tried to guide him with how to go about everything and help him make decisions based on mistakes I felt I made. I cant take credit for his skill level though, the guy puts the hours in on a daily basis and always has done. Just the same as the rest of the team to be fair, we just want to make our mark on the scene now 🙂

Do you make tunes you want to hear in your own DJ sets?

This has been a discussion of mine lately with many people. Theres a certain sound I love playing out and would love to create. It’s that sort of Chris Stussy, Rossi, East End Dubs Sort of sound but my tracks seem to creep in to a sort of tech house sound almost every time. Some times they keep to where I was heading in the beginning but 9 times out of 10 they seem to sway in a specific direction. The lads say they like it but personally I feel like that’s my old sound. Now I’m playing a lot more warm up sets theres a specific sound I’m going for to try and get to play a lot of my own stuff in my sets. I’ll get there though, no doubt.

What else have you got coming up?

Other than this release on ILLICT, I don’t actually have any more releases of my own coming up as of yet but I’ve got a hand full of 80% finished tracks on the go and theres always opportunities for me to remix some of the quality tracks that come through my label, Fractured Sounds. I am also in the process of putting together a few sample packs which I’m going to release via the label too. The plan is to have my own website selling my sample packs along with packs from other producers or brands and maybe some courses too. But that will come with time.

What hopes and goals do you have for your music career?

Well as most people would agree who do this, it would be a dream to be able to earn enough from this to make it your main income. But for now I’m just looking at growing alongside the lads at ILLICT as an artist, DJ, Producer etc as well as hopefully having my part in the growth of ILLICT itself. And as explained above, if I can get a website up and running in the next couple of years with my own samples packs being sold alongside others and other products then that would be great.