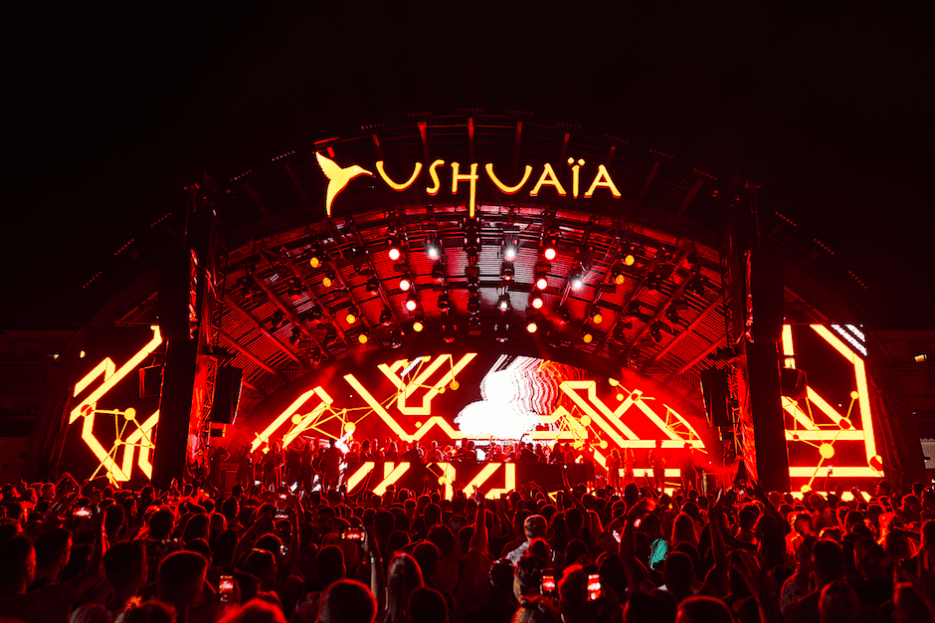 With the Ibiza season now in full swing, we decided to take advantage of the island offer and hit the clubs. We teamed up with our friends for a 4-day marathon, visiting the island’s most iconic venues for six spectacular events. Check out what parties we picked on day 3 and 4 and why we recommend you to follow the same clubbing scenario when in Ibiza.

It took no time to decide where would we go on Friday. With Boris Brejcha’s first-ever gig in Ibiza, the choice couldn’t be easier. On 19 of July German pioneer teamed up with the techno icon Sven Väth for a one-off special event in the island iconic Ushuaïa venue. We knew it was going to be one for the Ibiza history books. Boris Brejcha has become one of the most exciting artists of our times. His signature “hi-tech minimal” style has been praised by fans all over the world. In fact, this Venetian-masked DJ is much more than just a minimal techno artist, he is a pioneer. No kind of music could describe his style, so he decided to create his own genre. Brejcha quickly established himself as a prominent member of the flourishing German minimal techno scene. His progressive musical development made him a constant favourite in today’s club scene as he continues to play at the most prestigious festivals and clubs around the world.

Sven Väth needs no introduction. His return to Ushuaïa following a mind-blowing set in May for Cocoon’s 20th Anniversary was great news. Papa Sven and his Cocoon family have transcended time from their humble beginnings and risen as techno has become the predominant staple sound of the island. Not one for the fashionista’s he has remained one of the only names that have stood the test of time, keeping himself true to the music and his loyal following. We arrived at the Ushuaïa Beach Club around 7pm ready to resume our clubbing marathon. Despite the early hour the club was busy but not yet crowded. Behind the decks on the main stage, Cesar Vinzent was already warming up the clubbers, spreading groovy techno vibes in the beautiful open-air venue. Everyone was dancing enthusiastically by the poolside as the sun was going down. It was definitely set to be a special evening. With melodic vibes and powerful drops, he got the crowd in the perfect mood for the arrival of the main man. Not long after 8pm, the crowd got eager expecting Boris Brejcha to take over the decks. As he came on with his signature Venetian mask, all the clubbers raised their hands and cheered as the long-awaited moment had arrived. Brejcha replied to that energetic welcome by delivering an incredible opening. The laser lights were scanning the crowd, cool colour-changing animations in the background and the energy of Boris and his fans all added to create the perfect atmosphere in the open-air club. At some point and, to the surprise of all, he’d even took off the mask revealing his face. Brejcha’s ability to move from one track to the next while feeding the clubbers mouth-watering tracks is just exceptional. He was able to keep everyone’s feet moving while playing his own soundtracks throughout his set, soundtracks that are also incredibly well made. Next, behind the DJ booth legendary Papa Sven took over control. At the time he came on the stage, the entire club was raring to go. Cool and collected as always, German techno icon wasted no time and launched straight into an uplifting and vibrant opening, to then dive into his deep techno sounds. Sven, playing only vinyl, continued the musical journey serving up his unrivalled ‘crème de la crème’ techno and completely captivating the audience. Impressive beams and lights synchronised with the beat creating a state-of-art visual experience throughout the party, that sadly finished at 11pm.

Worry not if you missed this special event with Brejcha. You can still catch the master bringing his ‘hi-tech minimal’ sonic frequencies to Hï Ibiza on Wednesday 14 and 21 August. Get your tickets here.

As we left Ushuaïa, we decided to pop into the nearby Tantra, which turned out to be the Pre-Party place for our next stop – VGBDOS in Amnesia, with Luciano himself playing inside the bar from 10pm to midnight. As he finished the warm-up there, we felt ready to make a move to the San Rafael’s club. Vagabundos – the wandering gipsies – characterised by their never-ending trail of adventure is very apt considering the night’s movement between Balearic venues since its creation in 2010. Creator and the driving force behind the event, Luciano is ranking as one of today’s most influential world travelling DJs and Performers. Bringing his charming unique blend of techno and infectious melodies to crowds all over the planet, he’s been taking the stage at all the most renowned clubs and festivals. Returning to where it all started Luciano is now hosting VGBDOS on Friday nights in the Ibiza’s legendary superclub Amnesia. We entered around 1am and, to our surprise, Magic Luciano was already behind the decks on the Terrace. Staying true to his experimental form, the artist was keeping the crowd entertained with a menagerie of melodic tunes. Lasers were scanning the dancefloor, synchronised with the bass line and hypnotising the crowd. Mixing together his signature blend of beats, he brought some of the tribal techno flavours out in full force taking nomadic Vagabundos on a musical journey. Luciano teased the audience with his signature drum patterns, suspense-filled builds and massive drops turning the dancefloor wild. Adding to the visual experience of the night were the dancers. Stunning, sultry figures danced throughout the night moving their bodies both to the melodic top lines and the even heavier bass lines. VGBDOS is a truly a magical clubbing experience. Make sure you set your foot in Luciano’s house of wildness for an Ibiza night to remember. Find out more and get your tickets here.

Saturday for us meant the final stretch of our Clubbing Marathon. To finish it off in style, we decided to join the ANTS Colony at Ushuaïa for the last dance.

Ushuaïa has opened its door to ANTS almost a decade ago and since then the party has gone from strength to strength. You won’t find any better open-air event in Ibiza with world-class DJs and mind-blowing production at this wonderful award-winning venue. ANTS always delivers and this year it has pulled out all the stops with its new Metropolis Megastructure transforming the island’s favourite outdoor venue into the bustling underground city. Here is what happened that Saturday at Ushuaïa Beach Club. Dublin duo was the first to greet our ears as we made our way through the crowds to the rear DJ booth by the pool. Before 8 pm the dancefloor was already filled with clubbers proving the party is not losing on popularity!

With the planes flying high above Erick Morillo was taking us on a journey of our own. As the sunset and red fog seized the mega-sized dancefloor, ANTS’ Metropolis production power was apparent through incredible pyrotechnics, mind-blowing lighting, visuals and a state-of-the-art sound system. Not to mention Ants performers, dressed in black from head to toe dancing around the venue as well as an abundance of confetti, streamers and CO2 cannons. The atmosphere at this point resembled the sort of no holds barred party that house music was invented for. Taking over the reins to close out number two-ranked club in the world was the Swiss superstar Andrea Oliva. Whilst he was throwing down the very best in house and techno on stage, there were amazingly ludicrous sights happening all around, with dancers moving to the beat on towers each side of the crowd. Oliva, who has been a part of the colony from the very beginning, is known for blowing the place out of the water. Every. Single. Time. Handed the task of delivering the closing set, he did not disappoint. To say the crowd was enthusiastic is an understatement. Luckily, you have 9 more Saturdays to check it for yourself. Find out more and get your tickets here. 23:20pm finish of the ANTS has also marked the end of our clubbing marathon. After spending 30+ hours on the dancefloor we felt accomplished and ready to move onto the next chapter: a chilled Sunday on a bohemian Formentera island. A wonderful end to the most entertaining week! We can’t wait to repeat it soon.

Check out Day 1 & 2 of our Clubbing Marathon here.