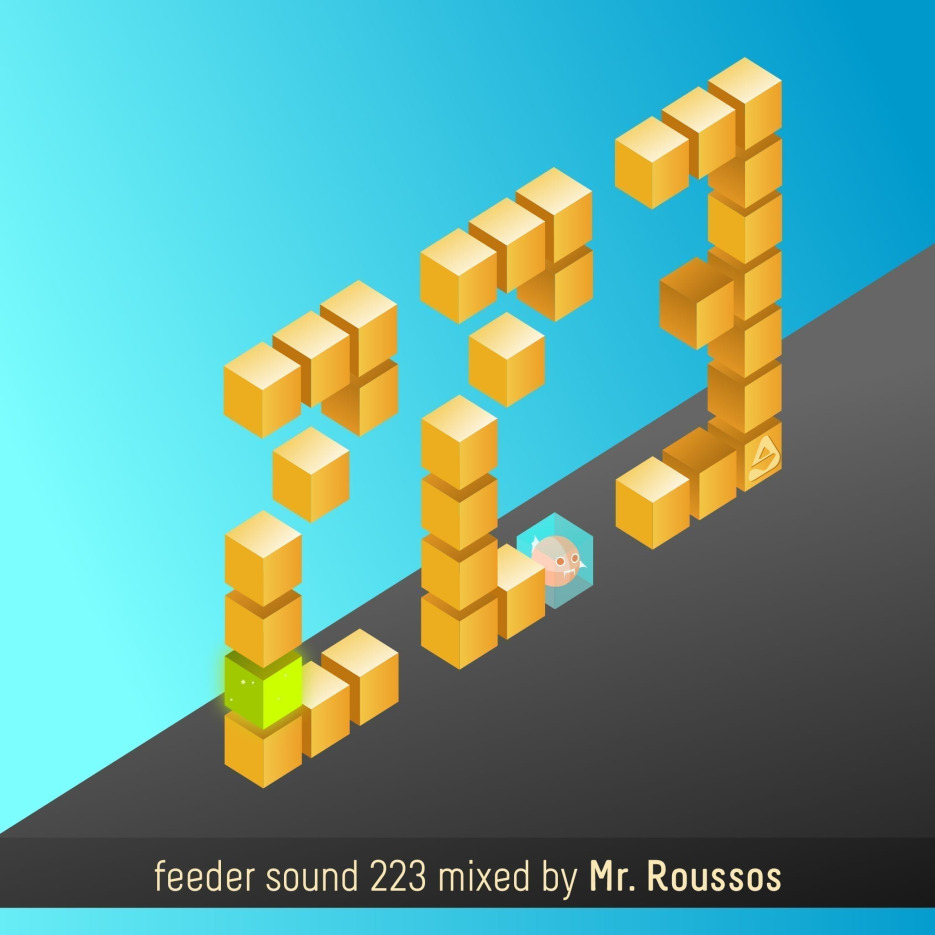 Mr. Roussos, this week’s guest of the feeder sound podcast series will take you on an engaging journey through various flavours of house music.

Hailing from the island of Crete, Mr. Roussos was influenced by his father’s record collection in his early years. He started collecting vinyl at the age of 14 and immediately got hooked to the blooming sound of early house and techno that was being introduced to Europe at that time. In 1990 at the age of 15, he played his records for the first time in front of an audience at an illegal warehouse party, making a strong impression to the crowd. From that point on mixing has been his passion until the present day.

The next step was to promote the music that he embraced by organising various mobile events during the ’90s resulting in earning the reputation as one of the key figures in the island’s electronic dance music scene. It was only a matter of time until he got noticed by clubs and promoters from other parts of Greece where he was invited to perform at numerous events. Starting from 2009 he’s a part of the resident DJs for the infamous Six D.O.G.S Club and Astron Bar in Athens and from 2012 to 2018 he was a part of the REVOLT! events and label brand.

In the last five years, Mr. Roussos has crossed the Greek borders with appearances in various European spots in Paris, Berlin, Barcelona, Bucharest, Stockholm and others. Beyond Europe, he was invited to the USA and South America for performances in various cities. During all this time he shared the decks with acclaimed artists such as Daniel Bell, Rhadoo, Nina Kraviz, Thomas Melchior, Baby Ford, Jichael Mackson, Shonky, Eric Cloutier, Exos, Lowris, Petre Inspirescu, Ion Ludwig, Praslea, Barac, Herodot, Cristi Cons, Alex Celler, Raresh, Vid, Terry Francis, Appolonia and Roman Fluegel, to name a few. His musical style can’t be labelled under a specific genre, as he blends the old and the new in his unique way resulting in an eclectic mix incorporating the finest house and techno rhythms.

“As we are in the heart of the summer season I took the chance to record a set in a more housey vibe than my usual podcasts. The set was recorded at Cutsonwax Studio in Athens using two turntables, one cdj and a mixer. The selection is mainly from the early 2000 era plus a few unreleased tracks from friends.” – Mr. Roussos

feeder sound 222 mixed by Mr. Roussos will colour your Friday with amazing house-infused rhythms, going from deeper cuts to strong beats and pounding productions. Perfect for the weather outside, this podcast will sure get you in the proper weekend mood. Enjoy!

Join the feeder sound OPEN CALL for DJs and producers!