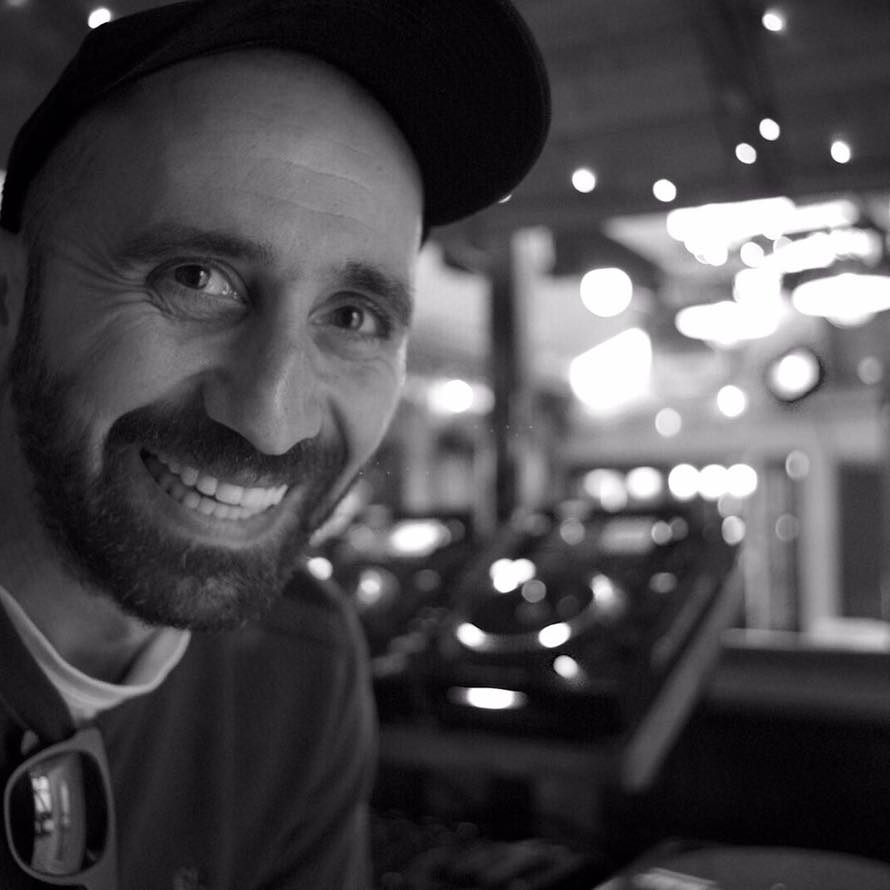 Passion is key here with the Jaeger Oslo resident – Ivaylo. An unstoppable force of late with his recent release on Prins Thomas” Full Pupp, and forthcoming release on close companion Cassy’s Kwench Records ‘AE Way’ representing his home club. Not to mention of course his baby – Bogota Records on which he will release later this year.

What took you to Oslo? Why move there?

“Hey guys, first  thanks for inviting me to share some information about me, appreciated that!
I went to school in Norway back in the 90’s, studying photography and music. My school was in a small town and although I grew up in Varna in Bulgaria, which is the third biggest city by the Black sea coast, after spending couple of years in Norway, the culture and people, really grabbed my interest to dig deeper. I moved to Oslo in year 2000 after coming back from Bulgaria and the music scene there, It was just a natural move for me to live in the capital”.

What is the scene like, what parties, clubs, labels and DJs should we know about?

“Well, Oslo is a quite vibrant city. As the younger generation are really into music and music production, the city is pulsing a big spectrum of music genres, from all corners. I read somewhere, we are more than 37 different nationalities in Oslo with already 2nd-3rd generation, in a city with 500 000 people population you can imagine the variation and cross mixture 🙂

Besides our Jaeger club, there are clubs like The Villa and Blå. In my opinion those three are kind of like the major clubs in the city. There are a few other really cool smaller places with interesting programming, worth to check. Places like Hærverk and Revolver standout from others, but you could always get surprised by invitations to some cool live guest act in, for example a church location or some small bar in a cool hippie area. That’s one of the reason I really love Oslo, when it comes to art and the involving of so many people into it. Specially the summer here is great, I have friends of mine running a monthly day party called “Skranglejazz”, inviting guests like Prins Thomas, Bell Towers, Skatebård, Quarion,  Nu Gunea +++. If at any time you are in Oslo during the summer, you should definitely try go to one of their parties.

When it comes to labels or DJs to know about, Norway have some really nice and various export of names. You have Prins Thomas and his Full Pupp, where some really good producers are signed to, like Magnus International – who is one of my favorite DJ’s!  or Øyvind Morken, who is another nice export from the country. There is also another really cool label called Smalltown Supersound with artists like Bjørn Torske, Andre Braaten, Bugge Wesseltoft ++. You might also wanna check, Ost & Kjex, Lindstrøm or Mungolian Jet Set or some newcomer names like, Karolinskii and Frantzvaag, as well as Hubbabubbaklubb and their label Snorkel records – I can go with names forever here 🙂 Ahh hey, don’t forget to also check my Bogota Records :)”

And how did you first get into electronic music in Bulgaria? Was it easy to find, could you access record stores and so on?

“I first started with music generally back in 1988, after being able to build a huge collection of tape cassettes. My first DJ gig was in my grandparents village at the local “discotek”, playing on double cassette player with a book, having writing up all tracks longevity, to be able to change faders in right timing.lol. Since I have been playing on different parties and events (although back in Communist era in Bulgaria, things were quite locky and literally dangerous, as you weren’t allowed to bring western influence – it was a criminal thing, playing disco…)
There wasn’t any  record stores in Bulgaria back then. My father was working for years on trading ship and as he was able to travel, he brought a huge disco and rock’n roll vinyl collection – which most of it I later exchanged for drum and bass vinyls. This is how I get into the electronic sounds. With opening Comics later in 1996, I remember doing phone calls to friends of mine in London, for 3 minutes of time, as it was expensive, and quick giving them a 5-6 name list, so they could buy records for me – it was exceptional – imagine how precious those records were to us 🙂 “

Tell us about how you first met Cassy? And how did the relationship develop, how did you come to work with her?

“I first personally met Cassy a few years ago, when she was playing her first gig with us at Jaeger. You know, I been working in the music industry for more than 20 years and there is people you like, people you don’t like, but you professionally work with and there is these small amounts of people you connect with – we simply connect with Cassy. I like real people who are for the right reason into music and Cassy is one of them. We share mutual understanding not only music wise but in general, she has become a great friend and I like to work with my friends”.

Tell us about the EP you have made for her label, what inspired it, what was your aim with it?
“Me and Cassy have often nice and long conversations about house music and the world around it. As we share mutual understanding to most of it, she once told me that I should maybe write some music for her Kwench label. Honestly for me there wasn’t any aim in regards to the EP, it was pure joy to write house music for a friend, who really understands it! The inspiration for the EP itself, comes from our club, Jaeger. Here in Oslo we shortlisting the name from Jæger to only Æ, so there you have the name Æ Way – house music ;)”

You are resident at Jaeger Club, whats the club like for those who haven’t been? What’s the musical outlook?

“Jaeger has become my second home, so asking me whats the club for those who haven’t been there, my answer would be – welcome home! As primarily a residents venue, we are open 7 days in the week with residents handling every day.  Musically I would say, we cover most of the electronic music spectrum with its genres”.

How does it compare to Comics, which was Bulgaria’s first house club, right?

“I can truly not compare Comics with Jaeger! For me Comics is my Father in this colorful journey, called house music! As we were the first club for house music in Bulgaria, after the communist time, it was an unique and magical place, an institution who have kept longtime friendships and a place that cultivated thousands of people into house music and the love and magic around it!
Coming from Comics to Jaeger it is not a comparing for me it’s just moving to the next level bringing all those experiences purely learned in a time, that has past”.

And you are resident there, what’s your style? What do you sound like?

“I’m also the artist care and logistics responsible in the club, besides my residency there. Being every week with different guests and styles it kind of reflects on my sound both production wise and DJing. I love deepness and that’s kind of always gonna come out of me, but as you ask me what I sound like, I would say house with its open doors to techno, disco, acid or drum and bass…hahaha. For me it really depends on the energy in the room and how I connect with the crowd, that is how I’m going to sound like!”

“I have upcoming 12″ release on my Bogota Records label, in August. There are 2 originals from me with amazing Hugo LX remix on one of the tracks. Another 12” release for Prins Thomas’s, Full Pupp label to come out some time by the end of the year, as well as working on release for Thomas’s Rett I Fletta (techno) label. There is a remix of mine on Jarle Bråthen original, to come out sometime  in October on Bogota Records, as well.
Parallel with everything else, i’m working on an album, but it is still too early to say when and where it will come out 🙂 Thanks again for inviting me to this interview! It was a pleasure sharing some part of my universe with you and your readers!”