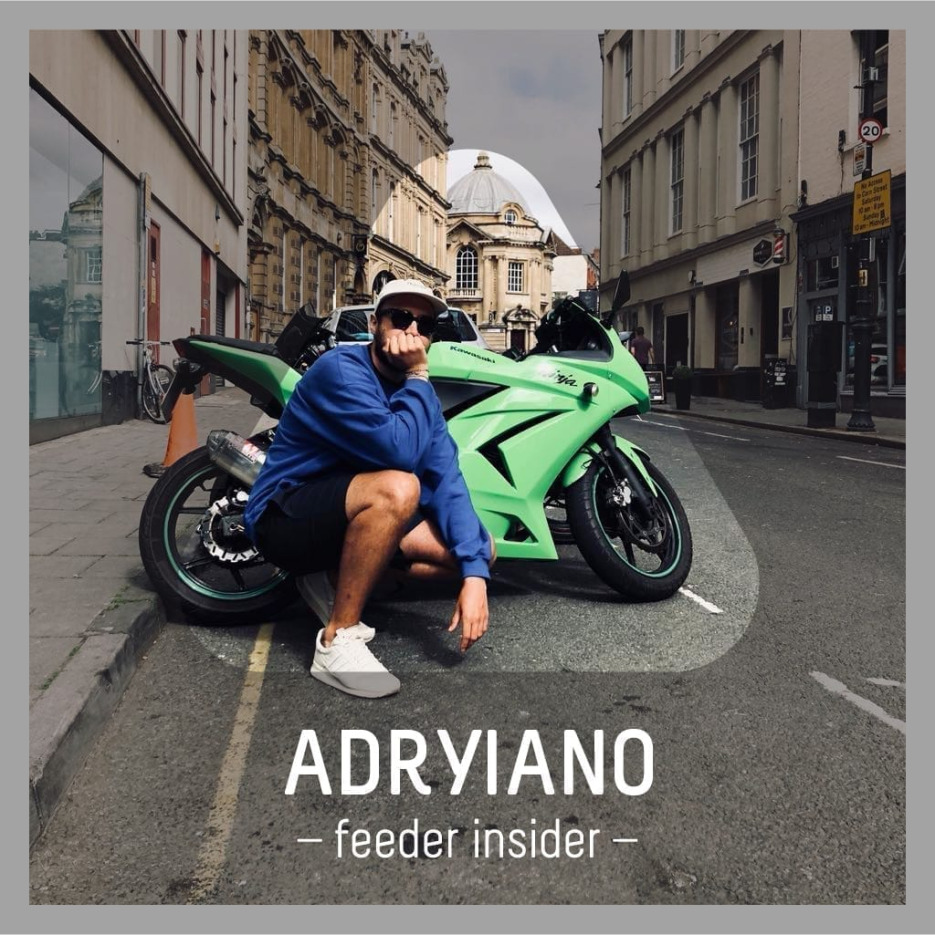 Skater with a banger, Adryiano brings the underground house back and takes it to the next level by adding his raw, deep signature into his production and mixing. For the first time in Bucharest as Odotte’s 3rd anniversary‘s special guest in Control Club, Adryiano sets the ground for a dancing night to remember, but let’s meet him first!

The best skate movie I saw… “Flip – Sorry (2002)”
My soul food is… eating strawberries in the summer sun
The most relaxed place I visited was… every airport at 03:00 am
In another life, I … am selling detox tea on social media
Every morning, I… wake up at 6:00 am
The worst TV show I watched was… I don’t watch TV
My favourite German word is… “Übergangsjacke”
If I could turn back time, I… wouldn’t have eaten garlic last night
It’s always fun for me to… sit on public benches and watch people
3 urban artists that inspire me… Paris Hilton, Pitbull & Sean Paul

feeder.ro: I am so excited to finally get the chance to interview you, I am a big fan! Your excellent track “On my Side” was always on my side when I was luring myself in a soulful playlist. Can we have a sneak-peak into your studio agenda for this year?

Adryiano: Hey, thanks for having me! I’m not entirely sure whether I can mention any details, but for sure there’s some new music coming out after the summer. (But don’t tell anyone!)

f: You’re a very creative dude when it comes to Saturday night bangers! If your music would be a dish, could you share with us the recipe, please?

f: I have heard you are “crushing” Odotte’s bday party on June 28th! Are you ready for Bucharest? Had anyone shared with you some tips & tricks for partying in Romania?

Adryiano: Yeah, 100%. Haven’t been to Bucharest yet so I’m totally looking forward to this one. I was told I should try Mici and Clătite.

Also, this whole “Manele” thing looks like something that has been specially created for me. Good times ahead.

f: Your style is pretty (and) distinctive. Was it your intention from the beginning to create a new sound, or it just happened?

Adryiano: I was actually trying to sound clean and modern so that I can finally get mainstream recognition and enjoy living the good life in Florida. Unfortunately, people comment that my music sounds too raw and distorted. So, I guess this bubble of commercial success has burst.

f: I don’t even know what I like the most about your music – the vocals, the MPC favour, the house vibe, the soulful smoothness or the combination of it. Who do you consider your mentors, guiding your signature sound to what it became today?

Adryiano: I’ve always been interested in music that wasn’t played on the radio.

As a kid, I was spending a lot of time in music stores that sold “niche” CDs and cassettes which were not available anywhere else and listened to everything I could only get. (That was pre-discogs era.) That probably shaped my musical taste at an early stage.

f: A hardcore digger, I read about your vivid passion for treasure hunting in the vinyl shops. Can you tell us what was the most valuable record you bought? You play it a lot, or you never played it?

Adryiano: In the past few years I tried to complete my Dance Mania collection, which contains a bunch of rare releases as well as obscure or weird faulty pressings. My most valuable records might be two signed first pressings from Paul Johnson whom I’ve met before playing a gig. And yes, I’ve played them already a couple of times.

f: Can you tell us about your thing with skating and how do you believe it influenced the music you are making right now?

Adryiano: Sure, so I used to skate almost every day when I was a kid. That was like the main thing I did after school with a bunch of friends. Back then electronic music had its own community that wasn’t really connected with the skateboard world as it is now. And so, I wasn’t really into it.
Things changed years later when I was old enough to go to clubs. Nowadays I rarely hit the skate park, but I use my skateboard to go grocery shopping or to get to the post office.

f: I read you are a very passionate chef amateur. What is your master recipe? Also, would you bake a cake for the Odotte boys who are turning 3 years this summer?

Adryiano: Haha, well. I wouldn’t overestimate my cooking skills as that’s more of a just-for-fun thing. But yeah, my potato soup is a pretty badass (word of mouth). It’s got everything a construction worker needs to get through the day: Potatoes, peppers, curry, spinach, carrots, lentils and smoked sausages (for the non-vegans). I’m shit at baking, though. Hope pancakes are alright?

f: On my side, Feel Like, Moccassin Groove, The Sturdy Track, Move it, move it, and the list can go on forever. I cannot decide which one I love the most. What is your most significant work, in your opinion, and why?

Adryiano: You know that feeling when you like Pizza so much you want to eat it every day? And after the fifth day of stuffing that Pizza in your mouth you start hating it and need to distance yourself from it? That’s basically what happens when you produce a track.
No, but to be fair I currently really enjoy playing “Dreams With” and “The Sturdy Track” alongside a bunch of unreleased tracks. Also “On My Side” is still fun to open or close a set with.

f: feeder turns 15 this year as alternative Romania’s news agency. What is your message for our community of loyal readers, supporting us for a decade and a half?

Adryiano: Dear readers, congratulations for supporting and keeping feeder alive for such an incredible amount of time. That’s nuts.

Also, drink more water, unfollow all so-called influencers and spend more time outside with your friends.

f: House music is beyond words, but it is so much better with them in it. Because we absolutely adore your vocal infusions, can you select 5 songs you extracted the best vocal samples from for your production?

Adryiano: Nice try, but a magician never reveals his secrets. (Although I think some a pretty obvious, aren’t they?) 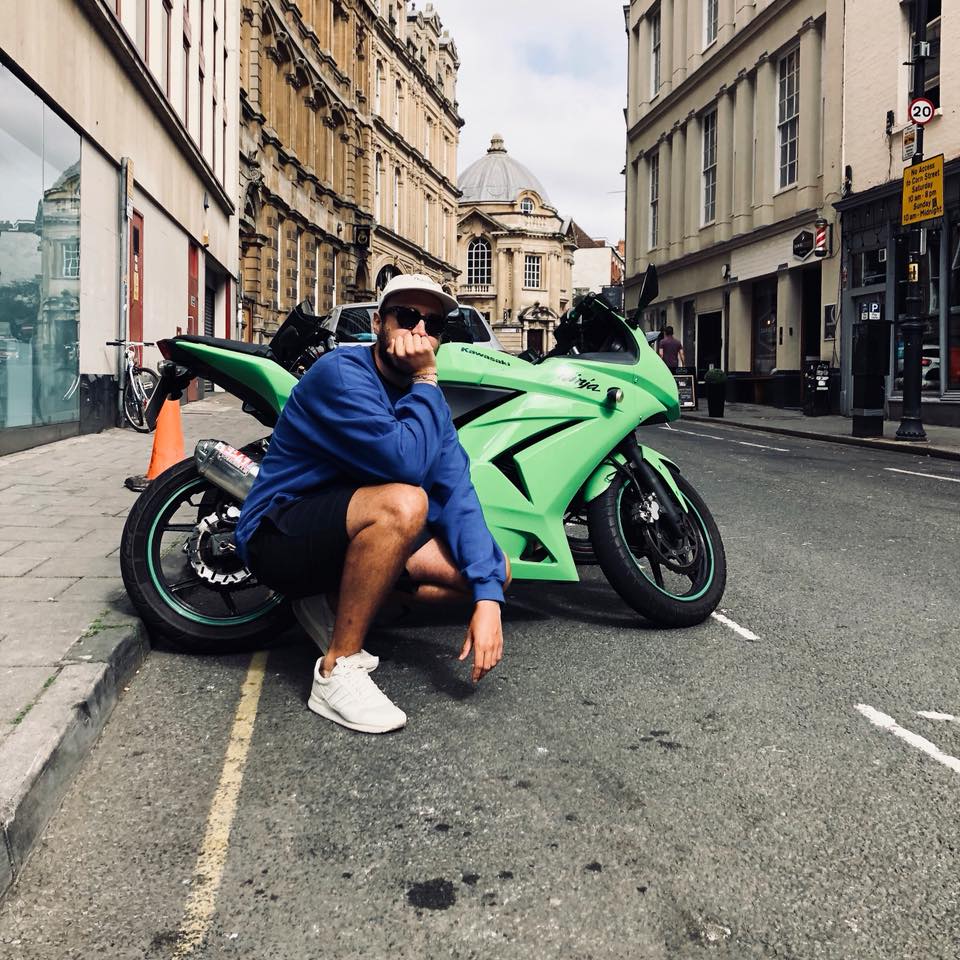