International Music Summit 2019 has marked the start of another exciting Ibiza season. Last week’s official opening parties have attracted an international crowd to celebrate, with those attending IMS getting priority access to the most iconic clubs on the island: Pacha, Amnesia, Heart, Ushuaïa, Hï Ibiza and Cova Santa. With heavyweight line-ups and many special events, it made for an incredible week for all who got involved [we were running on fumes by the Saturday].  Don’t panic if you missed it, check out the best bits, lovingly curated for you to cut and paste into your social feeds below.  You can read it all before your coffee gets cold.

International Music Summit‘s Grand Finale at Dalt Vila is regarded by many as the official start of the Summer season on the island. The ultimate under-the-stars party took place on Friday 24 May, in the Old Town of Ibiza declared as a UNESCO World Heritage Site. Voted by DJ Awards as the ‘Best Ibiza Music Event’, the event united electronic music industry and its fans for an unforgettable night with a world-class DJ line up including Adam Beyer B2B Ida Beyer, Luciano B2B Pete Tong, Nicole Moudaber B2B Sama’, Charlotte de Witte. What a night!

Sven Vath’s legendary Cocoon is planning 20 gigs for the 20th-anniversary in Ibiza [see what they did there?]. Their Summer season has begun with a one-off special event at Ushuaïa as a part of the IMS week. Considered as the first techno rave on the island, an iconic party has joined forces with the exclusive outdoor venue for a one of a kind experience. On Saturday night the club was transformed into a true haven of the underground techno. Papa Sven Väth invited a handful of special guests including longtime friends and 90s rave legends Underworld who delivered a live performance that took the crowd by storm. If you missed it, check out Cocoon’s 2019 Ibiza schedule here.

Having established himself as a true heavyweight in Ibiza over the past two years, South African superstar Black Coffee has returned to take the reins at Hï Ibiza starting strong (no pun intended) on Saturday 25 May. Since the beginning of his residency in 2017 the night has fast become synonymous with cutting edge cool, forward-thinking curation and some of the most stand-out moments Ibiza has seen. The opening party was no different.  Straight after Cocoon’s special event in Ushuaïa, we headed to Hï Ibiza to experience it for ourselves. The opening fiesta provided an eclectic mix of top underground performances from Guy Gerber, Da Capo, DJ Angelo, Salome, Lazare Hoche and, of course, Black Coffee himself.

Saturday nights in Amnesia are taken to the next level with a flamboyant, surreal show by sold-out elrow. With over 20 different themes, each event is packed with stilted performers, incredible costumes, props, inflatables and showers of confetti to deliver an ‘out of this world’ experience. Last Saturday elrow’s opening fiesta Growenlandia was pretty much off the chain, gathering thousands of hungry partygoers for a wild night to remember. Words can’t really describe what happened in Amnesia that night. Visit the legendary Amnesia club any Saturday night to experience it for yourself! 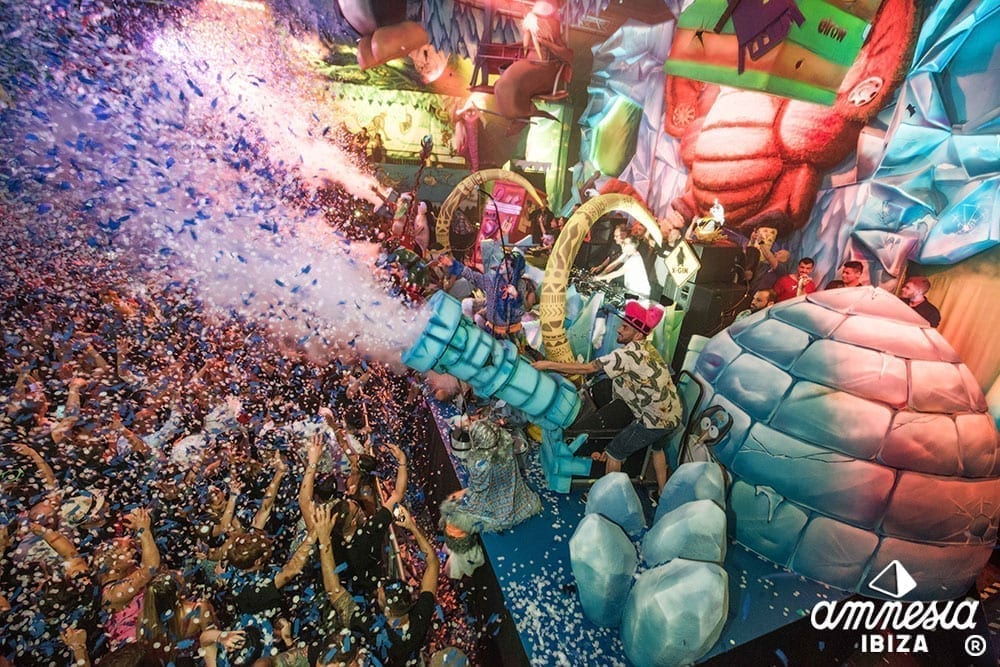 Dixon has a new island residency at Pacha Ibiza. Following the opening fiesta on 24 May, Transmoderna will take place every Friday for 20 weeks. Visual artists, interior designers and light and laser engineers are involved in the event production. Inspired by themes like virtual reality, Transmoderna’s team was on a mission to transform Pacha into an ‘immersive system’ and we can confirm that the opening party has served the clubbers with an insane experience.  Over the course of the season, the Innervisions boss will be joined by “collaborators, conspirators and competitors” to deliver the three key components of the night: fracture, frisson and funthasma [say whaaat?]. Check. It. Out.

All day I dream at Cova Santa

All Day I Dream events began on a Brooklyn rooftop back in 2011 and have since become an international sensation. Around the world, crowds gather to become part of a community spurred on by Lee Burridge and his unique roster of artists, each bringing a signature set of technicolour emotions. Spreading across the world from New York to Los Angeles, from London to Moscow, Berlin to Beirut, the party has landed in Ibiza’s Cova Santa on Thursday 23 May for the Balearic Blue Summer Season Opening. Following an unconventional path and beyond the DJ set concept, All Day I Dream has delivered a truly unique day-into-night experience at the stunning hillside venue. Combining musical acts with a dreamy decor of fairy lights and lanterns creating a paradisiac atmosphere in this most magical Ibiza venue. Head to Cova Santa on 5 July to try it for yourself. 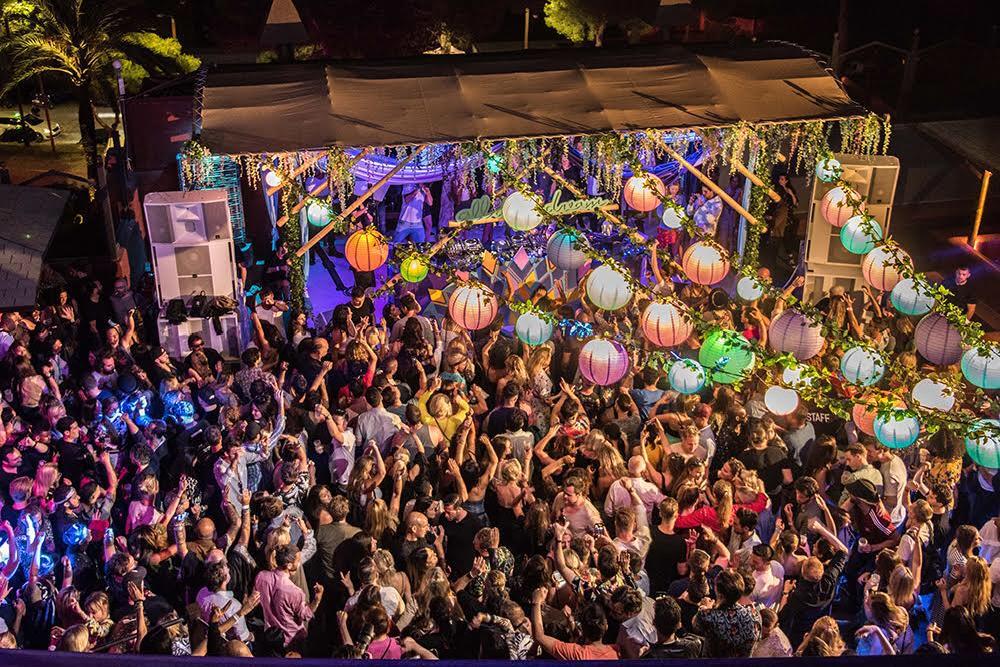