Getting To Know… Tom Chubb 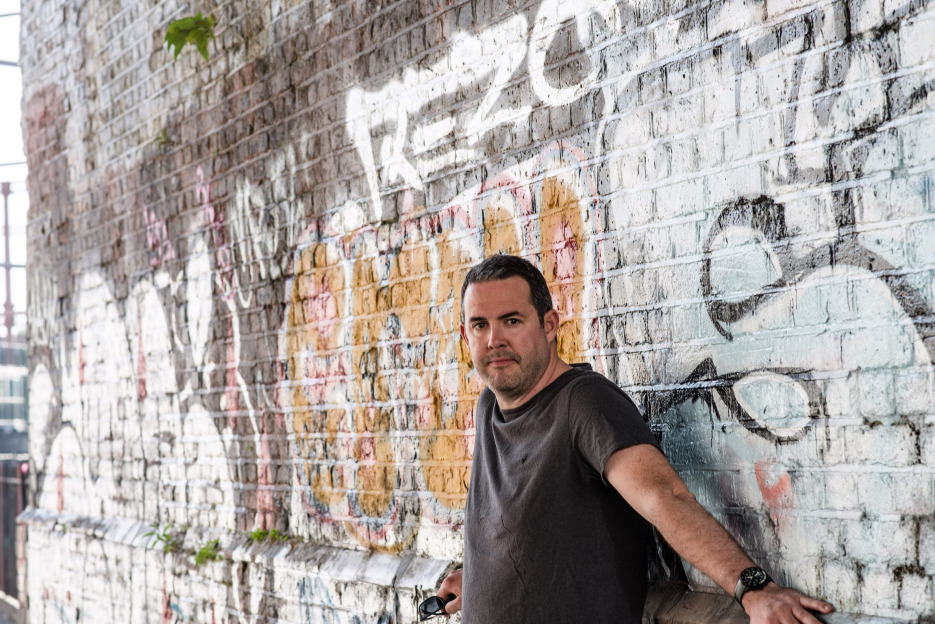 Meet London’s Tom Chubb. He’s been making some big moves on the house scene of late, so we grabbed a chat to find out more about the man and his music as he releases his brand new single, ‘I Don’t Know What I Can Do‘, on Huge Music.

f: Please introduce yourself and tell us a little bit about where you’re from and what turned you on to making dance music specifically?

Tom Chubb: Hi guys – I’m from the UK and have had an interest in music since I started a school where I learned many instruments (recorder, guitar, cello, drums, clarinet, but mainly piano). I got into DJing from the age of 15 and by 16 I had my first PC running Cubase and started building up my first studio with a Yamaha 16 track mixer, a CS1-X synth, an EMU ESI-4000 sampler and everything began from there!

Tom Chubb: I think my sound is still quite broad although some friends are saying that they think they can tell when a track is mine. I just try and produce tracks that use some of my musical background to bring some melody that seems to be less common in dance music nowadays. If people ask me what I play or produce, I just simply say ‘House music’ which covers everything, really.

Tom Chubb: My first 12″ vinyl was Kym Sims – Too Blind to See It on EastWest in 1991! My first cassette was a little less cool and was Salt-n-Pepa “Let’s Talk About Sex” haha.

f: What’s your favourite clubbing memory and who was playing?

Tom Chubb: Wow – there’s been so many! I grew up about 2 hours south of London and I used to DJ every New Years Eve down there so New Years Day at Ministry of Sound was always a good event. One year they had a ‘surprise guest’ which was either Todd Terry or Roger Sanchez –  I can’t remember now, but it was a fantastic night!

Tom Chubb: Well two of them I’ve just mentioned – Todd & Roger. I was also a huge fan of Grant Nelson‘s Nice n Ripe label and used to buy every release that came out. Then there’s Masters at Work, Joey Negro, Jazz n Groove, the list goes on…

f: Which record gave you your break on to the scene and how difficult has it been, being somewhat of a newcomer to production?

Tom Chubb: It’s been a slow and gradual process really, but when I signed ‘Don’t You Say‘ to Sam Divine‘s label DVine Sounds, that definitely gained some attention which was great.

Tom Chubb: I’ve got 2 tracks that I’m still working on that have taken over 2 years to finish. I’m sure they will come out this year and I hope that people will enjoy them after all the time spent on them. As most producers say – a track is never finished – you just stop finishing it.

f: How do you think you’ve progressed since you first started out and what have been your biggest challenges?

Tom Chubb: For a long time, I thought my productions weren’t good enough until a friend introduced me to Reza to help me finish off a remix I was working on. He made a few tweaks here and there, but the thing that amazed me was how it different it sounded after compression and mastering and I realised that I was much closer to the tracks I was referencing than I realised which gave me a huge confidence boost. I don’t start my tracks using a template, but there are some similarities in them all in how I group parts together and apply bus processing, etc. This really sped up my production workflow and as the shelf-life of music is so short now, I try to work quickly and then move on to the next project and hope that every time I start something new, it is a slight improvement on the previous one.

f: You’re about to release your new single ‘I Don’t Know What I Can Do’, what we can expect to hear?

Tom Chubb: It’s a Nu Disco track where I slowed things down from my normal stuff and hopefully it will go down well next to a pool this Summer.

f: The package also features remixes from Blind B, Southside Son and Alexny, what can you tell us about those?

Tom Chubb: I might be biased, but I think the remixes are fantastic. We’ve had some great feedback from the promo campaign thanks to Sarah at Favouritizm and I think there’s something for everyone in the release.

f: You’ve also got a collaboration out with Reza called ‘Anthem’ which is doing really well.  Who else would you most like to collaborate on a track with or do you generally prefer to fly solo?

Tom Chubb: I find collaborations can generally slow me down so I tend not to do them that often. Having said that, Reza and I have done 3 collaborations now and you can expect a few more soon as they seem to go down well! Me and Eugene (Southside Son) have a couple of tracks that we need to get around to finishing, but we usually end up in the pub instead!

Tom Chubb: It varies from track to track. For original tracks, I tend to start playing around with some synths, try and get a hook going and then build some drums around it. Sometimes I might just start to get a good drum groove going first. If I’m using a vocalist then I tend to have a guide done before they get involved and then re-work it once the vocals have been recorded in. Remixes are always good fun and I just drop the original parts in and then try and find something that compliments them then start stripping out the original parts until I come up with something different.

f: What part of your job do you enjoy the most, writing and producing or Djing and why?

Tom Chubb: A few years ago I’d have said DJing as the feedback of playing a great track or set is instant, however now that things are picking up, I love getting the feedback from people all over the world, other DJs charting my tracks and the promo campaign results.

f: What gigs have you got coming this summer that you’re most looking forward to?

Tom Chubb: I’m playing in Brixton, London on May 26th for Up On The Roof with some great DJs and friends and really looking forward to hearing Farly & Heller‘s set.
I’m also looking forward to playing back in Brighton at Coalition in June and seeing my old friends who live down that way.

f: What are your Top 5 weapons that always smash the dance floor?

Tom Chubb: I’m doing a remix for Pogo House records at the moment as well as an original that they signed earlier this year coming out in July.
A few new original Vocal tracks that I’m still working on too and probably a few remixes in between. There’s also a couple of free downloads coming up, so make sure you follow me on my social media channels to grab a copy when they come out.

‘I Don’t Know What I Can Do’ will be released on Traxsource promo May 27th / Full release June 7th 2019 on Huge Music.

1 thought on “Getting To Know… Tom Chubb”