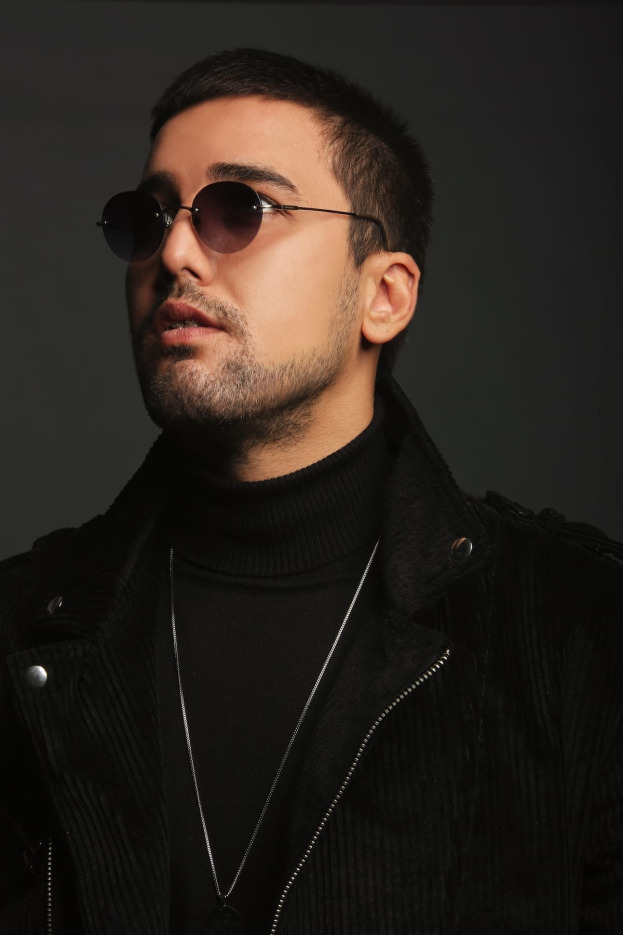 The Turkish producer Ilkay Sencan first came into prominence last year with his remix for Burry Soprano’s ‘Mary Jane’ and has since been recognised by hundreds of thousands of online fans. Having been scouted then released through label and platform Lithuania, who’ve championed artists such as KVSH and Gaullin, since then Ilkay Sencan has quickly been recognised as one of the hottest Turkish music exports of the decade. Asserting his name further into the dance music industry, the release of his new single ‘Do It’ is sure to catch on dancefloors worldwide and is out now.

We decided it was high time to catch up with the producer to talk about his new single, touring and what’s in the pipeline.

f: Welcome to Feeder.ro, Ilkay Sencan. For readers who might not know you could you tell us about your background and how you got into music?

Ilkay Sencan: I started to make music when I was 4 years old after my Dad gave me a keyboard for my birthday. When my parents heard me playing they were certain I would end up as a professional musician and from that day they have always supported me.

I’ve been so passionate about music from an early age and it’s incredible that it has become my full-time job.  Sometimes I have to pinch myself.

f: As a producer and an artist, who are your influences?

Ilkay Sencan: I listen to so much music from all kinds of different DJ’s and artists, but I can’t say that I been influenced by anyone in particular. Music as a whole influences me everyday.

f: Were you always musical growing up? Was producing music always something you wanted to do?

Ilkay Sencan: At the age of 17 I started to be interested in trance music and was thinking how I can produce something myself. I spent a year learning how to work different music software programs and then began to remix my favorite tracks on DAW (Digital Audio Workstation).  In my first year I produced over 250 tracks.

On top of producing, I also recently opened the ‘Lab Recordings DJ Academy School’ in Ankara, and will soon open another one in Istanbul. Here we offer a full range of DJ and Music Production courses for the beginner to those who are more advanced and want to refine and broaden their DJ talents.

f: Fast forwarding a few years, can you tell us more about how your music was found by the label and platform Lithuania?

Ilkay Sencan: Actually, they just found my tracks online. I posted my first music tracks on social media in 2006/7. Since then over a thousand of my tracks have been posted on my social media, YouTube, etc. I think someone just shared my music in Lithuania and that is how the label found me.

f: Your latest release ‘Do It’ is a remake of the well known Khia’s unequivocal hit, ‘My Neck, My Back’. Could you tell us what made you decide to go ahead with the beat? And how your own version came together?

Ilkay Sencan: The hit “My neck, My Back” has been around in my teenage years and to be honest, I didn’t like the song. It was dirty and a little bit gangster. Over the years by performing around many Turkish clubs and by having close contact with an audience I soon learned what people liked and this is how I developed my sound. I named my style ‘Gangster house’, this is where the song “My Neck, My Back” came to my mind. I decided to try and see if I could make it more cool and sexy in a way.

f: As a DJ do you have more shows coming to Russia? Do you have plans to tour outside and into other countries?

Ilkay Sencan: More shows? I mean I’ve never performed in Russia before. “Do It” became a big hit in Russia, I hear it’s playing on all biggest radio stations. My management has received some offers for me to perform at some Dance festivals, but nothing is confirmed yet.

f: Are there more songs we can expect in the pipeline to be released?

Ilkay Sencan: On 14th of June, my remix for “Rockstar” by the American rapper Post Malone will be released worldwide.

f: Lastly, give us 5 tunes you are currently spinning in your sets right now…

Stream ‘Do It‘ in full – open.spotify.com/track/7uYyhUnxIsSF2LMWUpLs5V