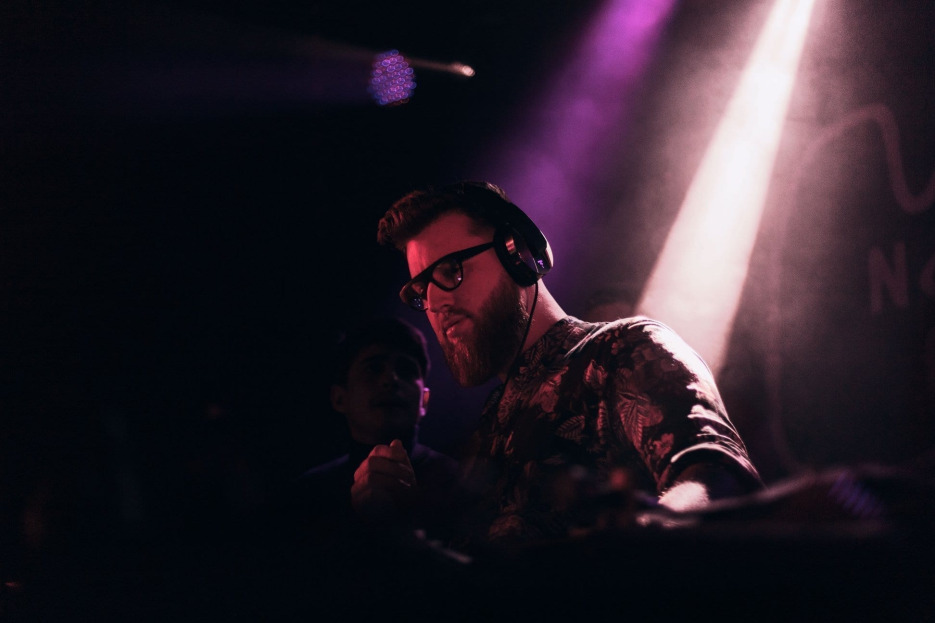 ‘Sailing Cultures through deep, minimalistic grooves that will get your body and soul in Motion’ – That’s how Swoop describes himself as an artist. We had a chat with him to find out more before his upcoming performance at his Steppin’ Motion label showcase hosted at fabric on Sunday night with Fabe and Lee Burton.

f: Great to speak with you today. How did the journey begin with Steppin’ Motion?

Swoop: Hi! Thanks for having me, hope you’re fine. The Steppin’ Motion journey started in 2017, I was working on the Kappa FuturFestival in Italy and got introduced to the Outcast Torino parties. When I got back to Paris, I was spurred to do my own thing and to put music back in the centre of things. I did this by launching two projects:

The goal was to put music away from marketing, away from bangers and hype, to put its Art and Culture back on focus. Both DJ and production wise.

f: Being based between Italy and France, does the sound and underground vibe differs between these locations much – How does the environment affect your music?

Swoop: Definitely. Yes, I believe and have experienced that the culture, the rhythm of a city and its people deeply breathe in its music. For example, I have lived in Turin, where the city has a long industrial history and the underground culture there is just vibrant. With events happening in various places such as clubs for sure but also villas, castles, former factories, etc… Industrial, yes, but with an Italian twist – kind of “dolce vita” I would say. People are chill, warm and take the time to enjoy life in all its aspects. You can feel it in its music whereas in Paris, everything goes fast.

The minimal scene is also based on clubs and warehouses events but there is this rush of doing everything fast and you can feel it in the music. If you have ever listened to artists like Leo Pol, Sweely or Oden & Fatzo you know they rarely play under 130 bpm.

I have witnessed this as well in my own productions, I tend to produce faster and with a more “raw” sound here in Paris than in Italy were it’s rounder and slower – more dub. If you go to Bucharest, Craiova and the famous Mamaia beaches, the music is played a bit slower and becomes more of a mental journey. That’s why I love to travel, to discover new cultures and explore rhythms in every country! What is the rhythm of cities like Buenos Aires, Tokyo, Oslo?

f: What’s been the greatest event you’ve hosted to date and why?

Swoop: Ufff, it’s hard to pick only one haha. Every night is different and brings lots of good moments and memories, so rather to pick one event I’d say that the greatest part in the events we’ve hosted with my team so far is the vibe. From the very first event until now there is this atmosphere where people meet and talk like they’re one family and are open-minded when it comes to music. This is something I’m proud of as it’s the reason why we started these events in the first place. No need for hyped artists or bangers or lots of promotion to have a great time and explore musical universes… As one of my biggest inspiration once said, “the only promotion a party need is the party itself”.

f: On a personal level, what can we expect from Swoop in the near future and the rest of 2019?

Swoop: On a personal level, I left my job a few months ago to focus on music production and events. I’m working daily on production and music theory, and it’s starting to sound nice. I’m holding it back a bit though before releasing anything as I want it to really bring something to the table, expressing the emotions I have. I don’t want to rush and release the first loops that sound good now and won’t anymore in a few months. I think today, many producers want to release something as soon as it’s finished, to have it “consumed” and want it signed too soon without having their sound signature developed. That’s also why we end up with too many tracks sounding the same. As a label owner, I tend to rather take the time to play a track over several months, in different conditions and settings, to learn more about it before releasing it. Will it still work in the coming months, years?

f: On May 19th you’ll be playing b2b alongside Mooglee at fabric in London, it will be your UK debut too. How much are you looking forward to this?

Swoop: To be honest, as a DJ it’s been one of my three biggest dreams to play there which I never thought would become a reality in the first place… and even less so at 23 haha. UK music has always been a big part of my life, whether it be UK Garage like MJ Cole, Jungle, or more recent, Fuse’s type of sound. So yeah, I’m very very looking forward to this. Happy and proud to be able to share this experience with my buddy Mooglee behind the decks, with many friends from all over Europe for the first UK and biggest showcase to date for my label.

f: What artists have you admired and previously looked up to for inspiration, why?

Swoop: This may sound generic but Daft Punk always come first to my mind when I think of inspirations – MJ Cole, Nastia and R’n’B artists too. Thinking back on these inspirations, I’d say that it’s how they blended several influences and genres into their own sound that really spurs me. I have a big passion for jazz and I hope someday I will come up with something fresh, mixing it together with different styles. One artist who is helping me a lot with this is Lee Burton. He’s my “sensei” in music producing and always has an ear and great advice on how to improve my sound.

f: For Steppin’ Motion, what would be the dream party to host? fabric must come close, but looking forward, where would you like to have a party and who would you invite to play?

Swoop: I believe the best party Steppin’ Motion would host would be the one where people would come to it without knowing the lineup or with just our residents, knowing they would have a great time and get back to their home thinking they experienced music in a new way – opening new horizons. Be it because of the settings, the experience, the music or from the people. Fabric is my all-time favourite venue in terms of sound and lighting production, it is one of those places where you can really dive deep in the music. Of course, one of our dreams is to host a festival in the coming years but not one with thousands of people, we’re thinking something with more of a family mood and something more intimate so that, step by step, people are getting in the Motion.