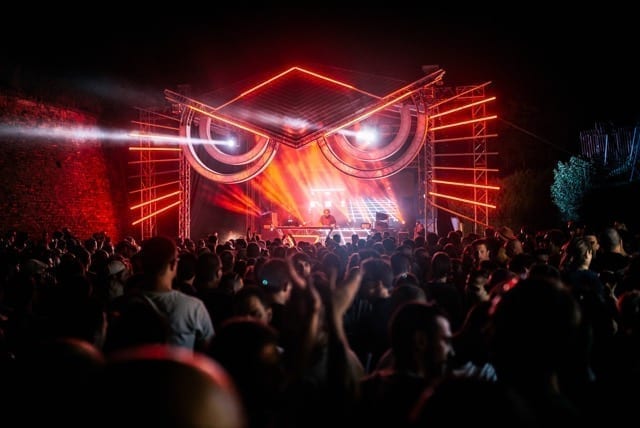 EXIT Festival has been bringing the biggest and most innovative names in techno to Serbia for quite some time now. But they have not limited themselves strictly to the Petrovaradin Fortress, bringing the No Sleep Novi Sad crew to Sao Paulo’s D-Edge back in March for the No Sleep Brazil party. As a result, D-Edge residents will be taking over NSNS2019 on the Friday of this year’s EXIT Festival, bringing with them British techno titan Blawan, Italian duo 999999999 (Live), Nov Sad local lad Lag and more.

And that’s just what’s installed for the Friday, with the likes of Dax J, Jeff Mills, Charlotte de Witte, Carl Cox and Maceo Plex all set to bring the heat throughout the weekend. To give you a taste of what to expect from the festival, we’ve selected 10 of the best live streams from past editions.

For tickets and info for EXIT Festival 2019, head over to https://www.exitfest.org/en/

The Diynamic legend brought his signature melodic style to EXIT last year, proving yet again why he’s one of the world’s biggest DJs. We know he could’ve easily played all weekend, given his reputation as a DJ that favours a marathon set. This hour-long stream still does the trick though.

Carl Craig is one of Detroit’s most respected DJs, and it’s clear to see why from his 2018 set at EXIT. Two hours of groovy stompers that only those from the Motor City know how to do.

Heart-on-the-sleeve techno was the order of the day for Tale Of Us’ EXIT 2018 performance. It was the perfect backdrop to an afternoon under the Serbian sun, and they managed to keep energy levels high from start to finish.

Tijana T has a natural talent for switching between genres during her sets, and her 2017 EXIT performance sees her moving through squelchy acid, hypnotic techno, euphoric trance and even a bit of disco.

Blacksoul’s 2017 set is an hour of solid, soulful groovers, executed with precision and ease. It’s no wonder why he’s seen as one of Croatia’s most respected DJs.

Yorkshire-born DJ Hot Since 82 knows how to throw a party, having held down Ibiza residencies in the past and toured the world over. Towards the end of his set he drops Nalin and Kane’s 1997 remix of the classic Meet Her At The Love Parade, which goes down an absolute treat.

Booka Shade have found international acclaim both in the dance music scene and out, working with the likes of Depeche Mode, The Knife and Kings of Leon. Their live rendition of the 2005 anthem Body Language was a special moment from EXIT 2017.

You can tell that local Serbian talents Kristijan Molnar and Marko Milosavljevic felt right at home for their 2016 set, breezing through jackin house, tech house, and the occasional disco edit for a sun-filled daytime session.

Innervisions have become a global institution. Their hypnotic style of techno, pushed through the label as well as their club nights, has amassed an international audience over the years. This 2013 set from the label’s founders is a clear indication of why they’re so popular.

This may be just a short 5-minute clip but it tells you everything you need to know, and is evidence of the festivals long-lasting legacy. Eric Prydz and Adam Beyer dropping the Andi Müller mix of Radiohead’s Everything In Its Right Place back in 2009 to a truly ecstatic crowd: definitely worth checking out.