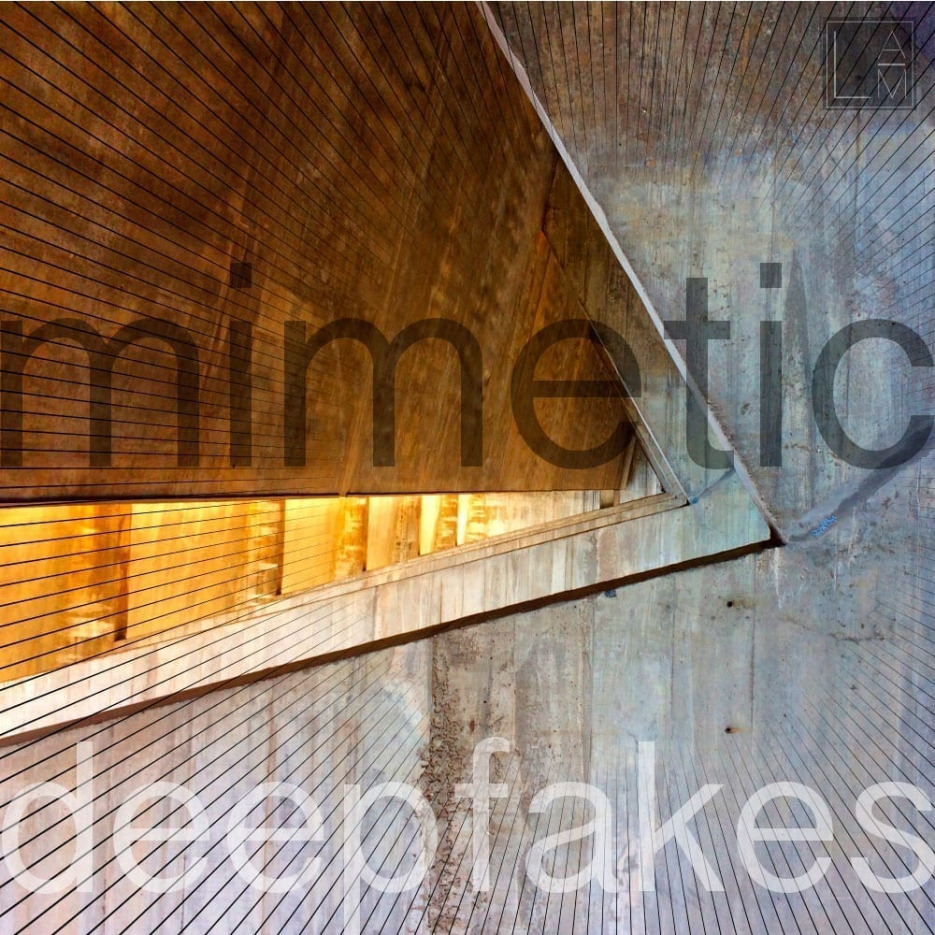 21 : 3 x 7, the number of perfection according to the Bible. It symbolizes divine wisdom, a mirror to eternal light which, thanks to its high level of purity, permeates and penetrates everything.

With this EP 21, Mimetic – resident of the now unmissable Audio club in Geneva – covers 21 years of tours, live and DJ sets, installations, dance performances, collaborations and productions. 21 years are highlighted by this triple EP convening the past, the present and the future to unite in complementarity and in sonorities which define the artist.

« Deepfakes » is an unpublished title dealing with the themes of fake news and videos from today’s digital world, followed by « When We were YπY », a title with a distinguished guest, Herman Klapholz alias Ah Cama Sotz, artist from Anvers and path­breaker for the dark industrial Belgian techno movement with whom Mimetic created the side­project YπY in 2004. It ends with a remix of « Gone » by the new techno generation of French­speaking Switzerland, Manu Heme, of the 5ens collective…

Apart from its commemorative aspect, « When we were YπY » is faster and makes no concessions, diving into the industrial techno world while still keeping quite a clean and groovy sound relating to the project mentioned above.

Dealt with in a very personal way by Manu Heme, the remix of « Gone » transforms and sends it to a more intense and darker world as if the title were being performed in an after­ party in a deep cellar in the early hours of the morning…

These three titles cover the highly rhythmical and techno period of Mimetic and will serve as appetizers for a series of re­releases featuring old tracks in revised and remastered versions all through 2019; three titles for three periods of seven years rich in images and productions, travel and compositions, prefiguring a new album in.