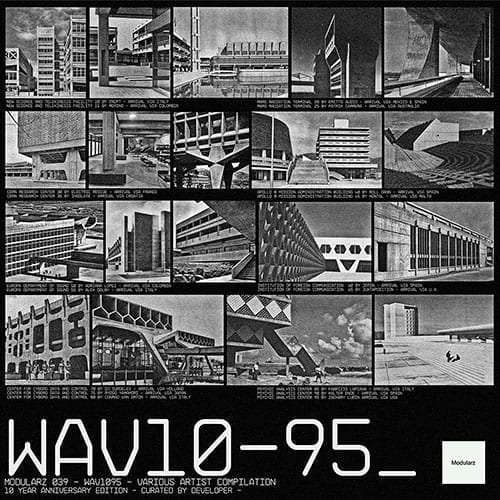 Developer is hard to beat when it comes to the impact that he has had upon the American techno scene over the course of the 90s and 2000s. His roots lie in the Los Angeles scene of the early 1990s and after making a name for himself from his considerable gifts as a DJ and producer, he went on to become the founder of ‘Entity Music Distribution’. This was the first distribution company on the west coast to specialize exclusively in techno, collaborating with a vast array of the most influential labels from Detroit, Chicago and beyond. He has also honed his live shows to become one of the most thrilling performers to watch behind the decks today, becoming renowned for his marathon sets and prodigious level of technical skill, often using three turntables to fire out 50 different timeless tracks in just an hour.

His efforts have also been focused in parallel on the growth of his own label ‘Modularz’. The label initially began through necessity, to fill the void of quality techno that was lacking, not just in LA, but worldwide. The likes of Silent Servant, Fanon Flowers, Truncate and Developer himself were all more than able to contribute so much to the scene at the time without an outlet. Developer changed that with Modularz and in 2009 the primary focus of the label was the music of his peers and to show the world their sound: it has grown in a decade to be one of the most consistent and respected labels. Now, accommodating techno talent from across the globe, it makes equal time for those with long-standing careers and those who will take techno music into the future, with no indication of stopping. Beginning with Developer’s ‘Edificio’ including a Silent Servant remix (digital in 2009) and Truncate’s ‘Contrasts’ EP in early 2010, this label has since produced close to 40 more releases: last year alone saw the release of Patrik Carrera’s ‘Unscripted’ EP, a split 12” from Developer and DJ Surgeles, and Developer’s 2018 dynamic EP ‘Off Grid’.

This new release is a departure from tradition, bringing together collaborators, friends and other artists for a magnificent compilation to celebrate 10 years of Modularz records, which will be released on March 8th.

Modularz 39: ‘WAV 10-95’ will please a multitude of techno lovers, with dark, deep seeded underground techno to modulated futuristic sounds palpable to the Modulaz label. The array of artists is eclectic in the techno scene and while some are well established with huge releases, there are also relative newcomers who will pave the way for years to come: all produce high quality bangers on this project.

The album is a collection of techno from different paths. It features the likes of heavy hitter and Skryptöm Records boss, Electric Rescue and techno stalwart Fabrizio Lapiana.

These techno legends are joined by new comers such as Kontal and CNCPT. The Maltese and Berlin native contribute two absolute belters in, ‘APPOLLO 8 MISSION ADMINSTRATION BUILDING 45’ and ‘NEW SCIENCE AND TELEKINESIS FACILITY 10’.

These are just a few examples of the various feet stompers that are contained within this marvellous collection. Expect complex beats, modulation, underground synths and thundering percussions. The compilation also features the likes of Conrad Van Ortan, Insolate, Joton, Juxta Position and many more to present a masterful 18-piece venture of varying techno.

Never one to rest on their laurels, Modularz are following this release with a 4-part vinyl to feature Developer, Rhomb, Hereitc and Astronomical Telegram. The EP is scheduled for early-April and is sure to be more of what we expect from the label, multiplex techno with body controlling modulated beats.

Showing the diversity of Modularz as a whole, they also have a flurry of label nights in the pipeline. A global project, their reach is vast with fans found in all corners of the world, showing how far the label has come in just a decade. The nights will be kicking off in none other than Berlin as they take over legendary club Tresor. These will be followed with parties in Tokyo, Los Angeles, Bogota and Buenos Aires, but stay tuned as more cities will be added.

A decade on and Modularz is not showing any signs of fatigue and merely going from strength to strength, with Developer looking to push the label to further and further heights.

@jay__bliss heating the dance floor at @sunwavesfest 25
The Italian duo @entoniuagape return to @21th_street_records with a new instalment in the label’s catalogue alongside @clljud & @dragosh_here.
#TBT check out a few unpublished photos we‘ve made during #feederInsider Launch Party at @clubedenbucuresti with @ada_kaleh_romania, @plusandrei, #Atouck, #Bross, @ciresharii, #ContraKemps, @dar.adal, Pieton, #DJVasile , @eusebiodigital, @kosmofilipp, @golansound, #ubic & @cristina_nwt [#SaveorCancel], #Victhor
premiere: Danilo Schneider – Summer Crush [Vandalism Musique]
(re)Discover the amazing episode of feeder sound with #DanAndrei #djset & @serebe #painting
In studio with @rupertwallmusic
For many years, we‘ve been following a series of amazing #onlineplatforms to discover new and interesting music, emergent #artists and #undergroundlabels. Feeling the same passion for music and sharing, we were curious to learn more about this fantastic and super dedicated people behind the projects and find what keeps them motivated.
Here you can discover 10 out of 20 releases, carefully selected from some of the most interesting artists & record labels #ROminimal #micROhouse
feeder sound · RO
Go to mobile version