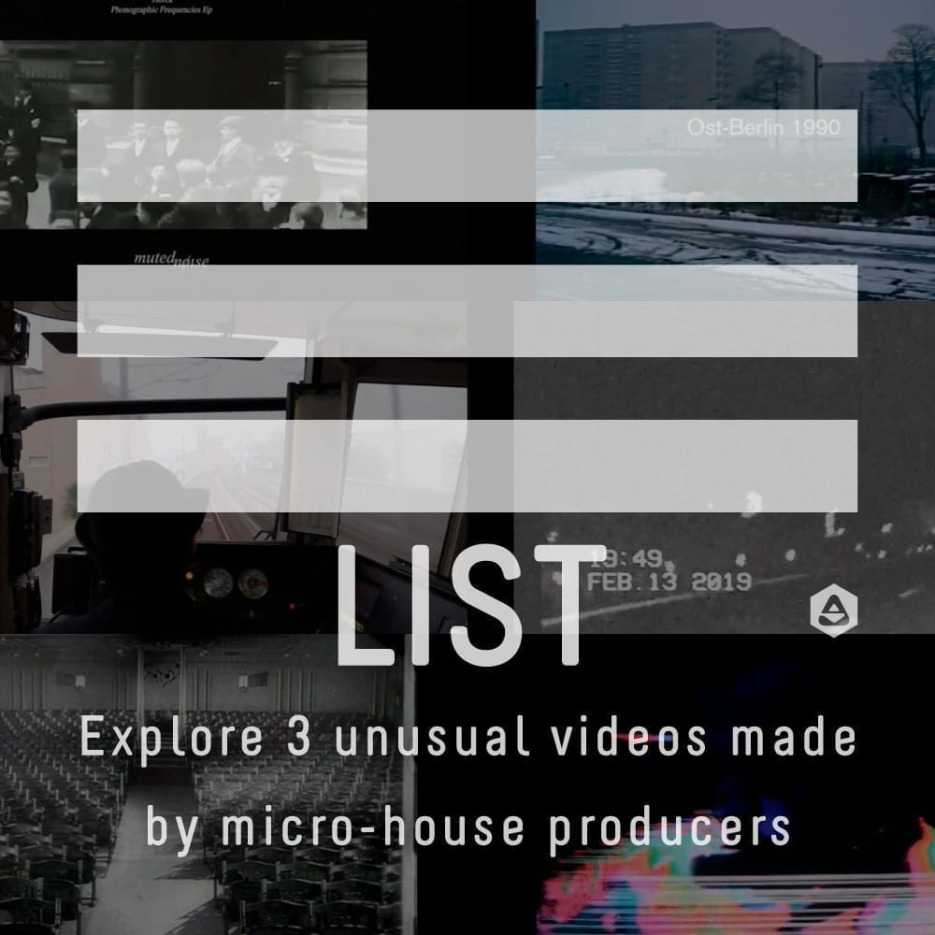 We’ve been listening to some of the local microhouse and minimal producers for a while, and we are always curious to see the videos and visualisations of such songs. In most cases, the music and the images are complementing each other astonishingly, resulting in new connections between them, or, at times and in contrast, one medium disrupts the other. In the clips we’ve listed in this article, we‘ve noticed that, in order to deepen the feeling of melancholy and timelessness, artists such as Herck, Lisière Collectif or Derek used images from archives or edited them in this spirit. We were reminded of some older clips that were revived using the same method, as well as an entire movie made in 1929, whose soundtrack was recorded only in 2003 by Cinematic Orchestra.

Herck‘s signature sound recently crossed on the other side of the Atlantic in the shape of Phonographic Frequencies; a 3-tracker signed at California based Muted Noise. Destined to create strong memories on the most pretentious dance floors, anchored in Herck’s appetite for bouncing his kicks back and forth both sides of the crowd’s brains, all tracks keep contact with the minimal Romanian legacy, also bringing some fresh stuff on the table. It’s up to you to discover it. Read the entire review written by feeder.ro here.

“I see electronic music as something very syncretic, a way to access knowledge. You discover artists, moods, and experiences. Surely it is a way to educate for the DJs and producers, as well as for the public.” – feeder insider interview with Derek

Lisière Collectif represents the collaboration between Bogdan Ardeleanu, Andu Simion and Dan Gheorghe who spent their childhood playing near the heat pipelines situated behind the grey blocks where they lived. The “Lisière” was a place in the suburbs of Ploieşti City where they gathered all the time to enjoy the beauty and silence of nature. This is where they get their inspiration from, as their sound incorporates evolving ambient textures, warm pads and minimal percussion elements. With works published by Moods & Grooves, Phonogramme, AmAm, Muted Noise, Bleu Ciel, and their own Lisière Collectif Series (LSR) established in 2017, the trio is on the rise, always delivering amazing music.

Archive frames from the scientific, cultural, and industrial centre of Azerbaijan, Baku. The track Abajur produced by Peshka is taken from our upcoming EP “Zirinj” released by Muszika label. Available soon on Bandcamp.

The video was shot in East Berlin, in 1990 by Stefan Münster on Video 8. Edit by Phillip Sollmann in 2014. Track is taken from DECAY album released on DIAL rec in 2014

Man With A Movie Camera (The Cinematic Orchestra)

“Man with a Movie Camera” comprises the soundtrack composed by The Cinematic Orchestra to a re-released version of the then ground-breaking 1929 silent documentary film of the same name from Soviet director Dziga Vertov. The album was released in 2003 by Ninja Tune.

In conclusion, we have three new and good reasons to enjoy local productions, and we can expect a lot of good music coming up shortly. Stay tuned and let us know what your favourite music videos produced by local artists are.