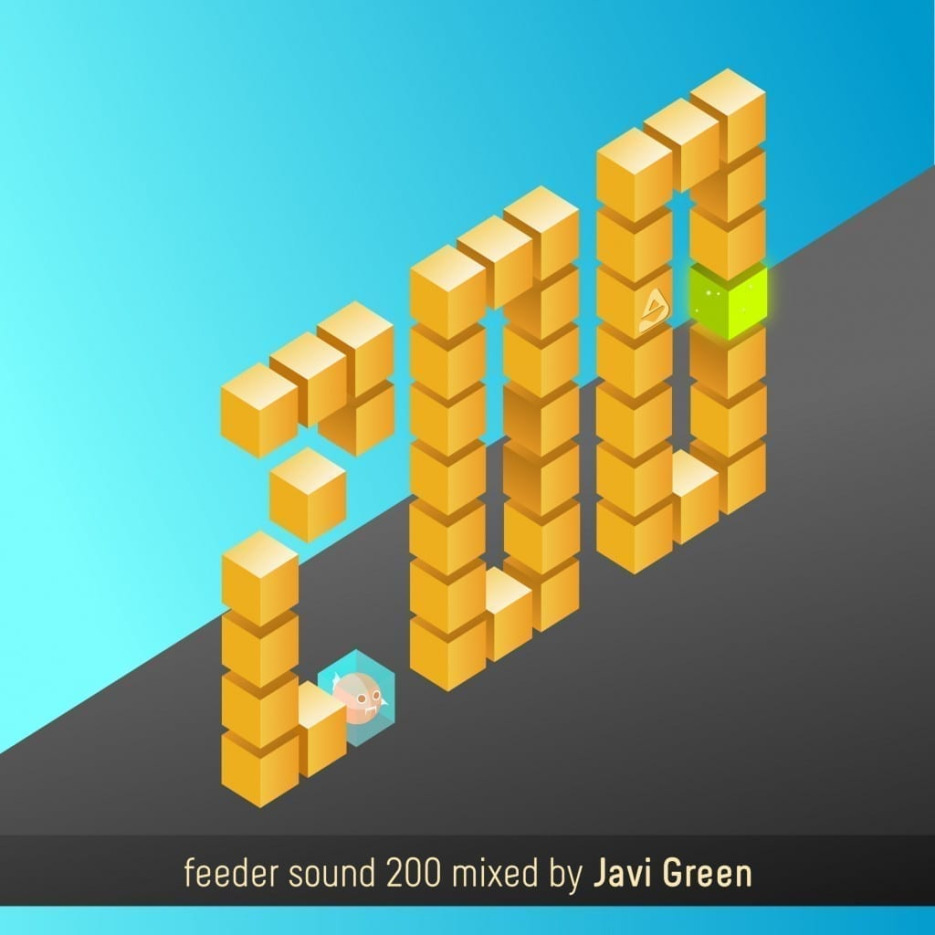 In 2014 feeder sound was launched as a part of our website, aiming to feature groovy recordings signed by local and international artists delivering playful house and techno rhythms. Today, we are very excited to publish episode 200 of the podcast series, which sums up to over 220 hours of music and 579k plays and counting!

Our guest for this special Friday is Javi Green, known for his amazing recent works published with Clock Poets.

Born in Bilbao, now living in Ibiza, DJ and producer Javi Green has been submerged in the electronic dance music scene since the age of 14. He started his career in his hometown, and, in time, he ended up on the island spinning in well-known party venues alongside top names in the scene. Javi has been a resident DJ at Pacha Ibiza’s resort, Destino, at Sankeys and Privilege, while also playing in Madrid in places like Reverse and Club X. He also performed at various clubs and festivals worldwide, enchanting crowds at Space (Ibiza), Ushuaia (Ibiza), Clubber (Chile), ADE (Amsterdam), BBK live (Bilbao), and Sonar Off (Barcelona), to name a few.

His music draws influence from minimal, dub techno, microhouse and deep electronica, having flavours rooted in the underground. In his productions, he combines ambient and organic sounds with groovy rhythms using modular synths and different instruments. At the same time, he enjoys taking some of his equipment with him on tours, delivering dynamic live performances, including captivating improvisation moments.

Javi‘s works can be found in the catalogues of labels like Something Different Records, Climatic Sound, Novo Music, Sinnmusik*, Sinapsis and Quanticman. At the moment, he’s co-managing Clock Poets alongside Døob and Armie, a vinyl-only label that focuses on releasing analogue made music. Armed with modular machines and various hardware racks, they make sure the sound remains original and distinct.

“This set is a selection of music from 2018 and the beginning of 2019. I am loving the last works of Giuliano Lomonte and Nu Zau. Uvar for me is one of the best Romanian labels. I keep wanting to play them more and more.” – Javi Green

feeder sound 200 mixed by Javi Green unfolds as a groovy recording spiced with rhythmic minimalistic cuts, elegantly balanced into a steady flow. The energy is provided by tracks signed by the likes of Nu Zau, Giuliano Lomonte, Denis Kaznacheev and Floog, among others. Get ready to be surprised and let the music be your guide for this vibrant journey! ✨