Getting To Know… Genetic Funk 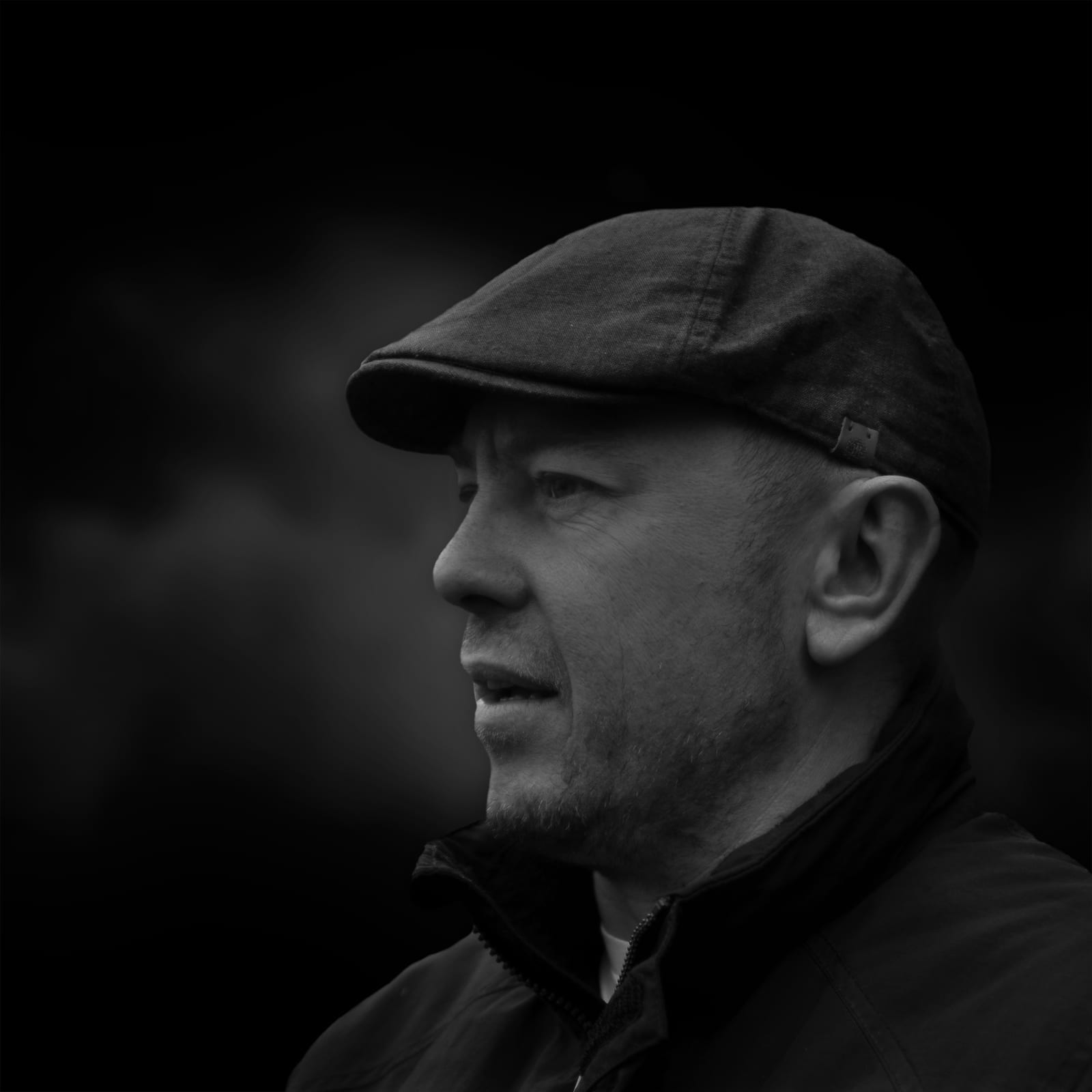 Grounded Records boss Si Firmin, aka Genetic Funk, is a stalwart on the UK house scene. He’s about to unleash an interesting remix project for the Belgian soulful artist Bai Kamara Jr, so Feeder checked in for a chat…

f: How did you first get into making music?
It was around 1993 that I first entered a studio, I had been Djing for quite a few years by then and was speaking to a friend about making a track, he said his cousin was a producer I’ll give him a call… it turned out his cousin is Grant Nelson and he was just about to start a new label called Nice n Ripe. We went down to the studio to meet Grant and 48hrs later we came out with the first release for the label. That got me hooked and then from there, I brought my first studio set up in 1996.

f: What was the first dance record you bought?
Genetic Funk: If by dance you mean House, then The Garage Sound Of Deepest New York on Republic Records was one of the first real dance records I bought. I can’t really remember what was the first but I discovered House music in 1988 when some mates took me to a club called The Dungeons on the Lei Bridge Road in Hackney. It literally blew my mind and all the songs on the album were played that night, but the one I bought the album for was Arnold Jarvis – Take Some Time Out. To say I was hooked after that is an understatement. Prior to that, it would have been something like Herbie Hancock Rock or Africa Bambaataa ‘Planet Rock’, as I thought I was a breakdancer at the time. 🙂

f: Who are your musical influences?
Genetic Funk: Musically I’m inspired by lots of different styles and genre’s from Latin, Jazz, Funk, Soul, Disco, Hip Hop, Electro, through to all things House and just listening to someone playing an instrument. I get inspired by artists like Mark de Clive-Lowe, SunlightSquare, Atjazz, Henrik Schwartz, Kink, Louie Vega, Kenny Dope, Josh Milan, Jimpster, if I’m honest I could go on and on. There are lots of producers, djs and engineers I respect and take inspiration from, but not just because of their musical output, it’s also about their persona and their belief in themselves in what they’re doing.

f: Which of your own tracks was the biggest labour of love to create?
Genetic Funk: Difficult to answer as I always put a lot of love into all of my music, but maybe my release with Mr.V ‘The Believe’. I wrote the backing track in only 2 hours then spent time trying different bits and vocal samples, etc, but kept hearing Victor’s voice over the top. So I sent it to him to see if he was feeling it and he was… that was in 2013, it never came out until 2016!!! I had spent the best part of 2 years after Victor sent me the stems going back and forth trying different things until I was happy. I actually have 16 other versions of that song!!

f: And what is your biggest release to date?
Genetic Funk: Not sure when it comes to back in the day and Vinyl, etc.. but as for digital my biggest to date would be my collab with Mr.V The Believe.

f: You also run your own Grounded Records label, how’s that going and who can we find on there?
Genetic Funk: The label is going great thanks, you will find all my productions on there including collabs with Michelle Weeks and Mr.V along with remixes from Atjazz and Michelle Chiavarini and more!

f: You’ve just put together a remix package with songs from Bai Kamara’s album, tell us a little bit of what we can expect to hear?
Genetic Funk: The package contains remixes from myself and True2life. Expect to hear a mix of deep, afro, soulful and bumpy grooves, layered with Bai’s silky voice and live instruments, underpinned with a House beat and electronic vibes.

f: How did the project come about, have you always been a fan?
Genetic Funk: I was introduced to Bai from Richard Pring, aka True2life, Richard commissioned me to mix down a couple of remixes he was doing at the time for Bai. The songs were ‘Any Other Way’ and ‘I Work Hard’, taken from Bai’s album ‘The Mystical Survivors And Some Rare Earthlings Vol 1’ and released 2017. I loved the 2 songs so asked to sign them. After speaking to Bai, we picked another 2 songs from the album and remixed / reproduced them into Bai Kamara Jr Remixed.

f: You’ve made some great collaborations on your productions, which have been your favourite so far and who else would you most like to work with?
Genetic Funk: I have to pick Mr.V because that guy is inside my head even though we have never met in person. Over the years I’ve collaborated with lots of producers / singers / musicians and it was always great being in the studio with them, you can catch a vibe and connect with each other. Now, for me, its done over the internet and that feel can be lost a little but with Victor, it’s there and feels right, we have a new one coming later this year. I would love to work with Josh Milan, his voice brings me to tears, so powerful with beautiful harmonies.

f: Who are your current top 5 producers?
Genetic Funk: I wouldn’t say I have a current top 5 list of producers, just a list of producers that I will look out for, but it is longer than 5 🙂 Atjazz, Jimpster, Kink, Crakazat, Moon Rocket, Art Of Tones, Osunlade, Louie Vega … They are just a few that deliver the goods but the list could go on and on and on.

f: What was your highlight of 2018 and what are you most looking forward to in 2019?
Genetic Funk: 2018 went by in a bit of a blur, release-wise it was very quiet for me as I was busy elsewhere, but I did have a release back in March called ‘You Need Me’ and it deffo was a highlight as it did rather well on Beatport and is still getting plenty off attention now. In 2019 I’m looking forward to releasing all the music I was working on in 2018 🙂

f: Any tips or advice for aspiring producers looking to break through on the scene?
Genetic Funk: Be yourself and believe In yourself as no one can be you, so be unique.

f: What else are you working on at the moment that you can tell us about?
Genetic Funk: As mentioned earlier I have a new collaboration with Mr.V called – I Be Searchin dropping sometime 2019. Also, I have a 2 track ep Back Tracking Vol 2 plus a collaboration with Michael Proctor. I’m also going to be launching a new label which will be releasing unreleased projects from a very large collection of DAT tapes I have.

1 thought on “Getting To Know… Genetic Funk”