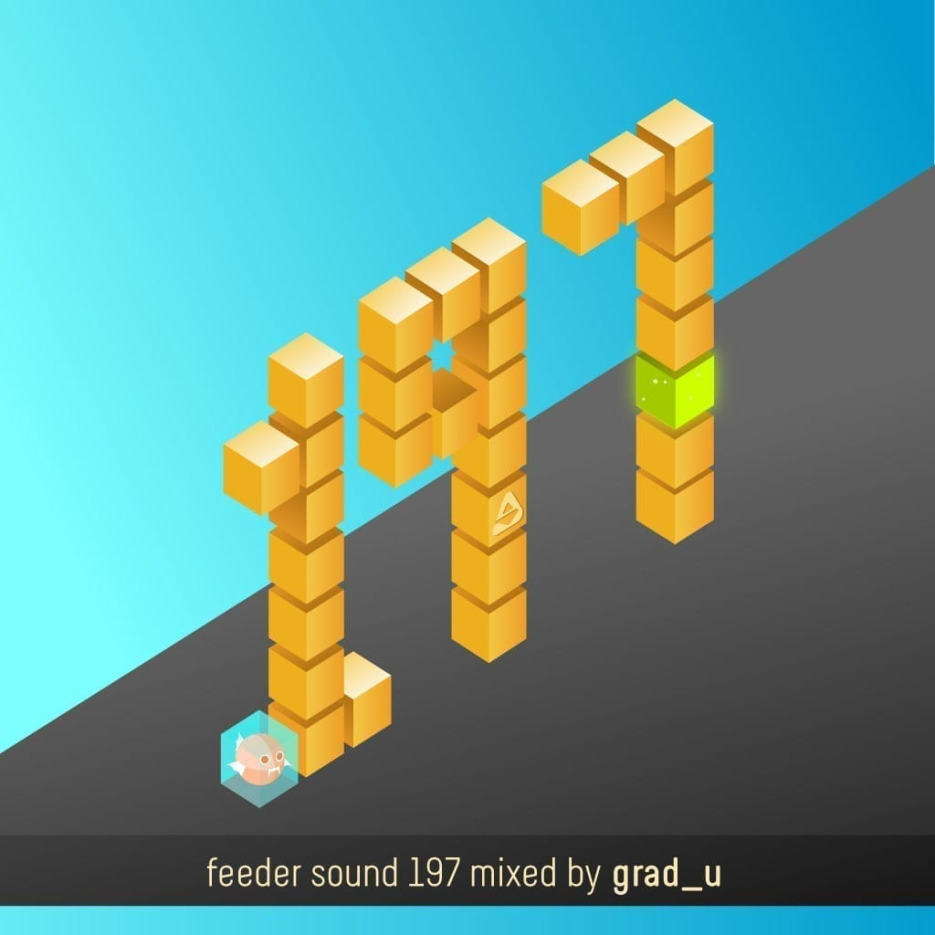 Welcome 2019! Let’s start this year with a dub-infused techno podcast delivered by grad_u. Get ready for a deep and groovy journey.

Based in Vilnius, Lithuania, Aleksandr Martinkevič aka grad_u is a producer and DJ with a passion for dub techno and mathematics. In 2005 when he was studying the gradient vector of function U and had a focus on drum’n’bass he stumbled upon Fluxion’s music and had an instant crush on the dubby atmospheric sounds. Since then his musical adventures got influenced by harmonic soundscapes that encapsulate fragments from his everyday life, moments spent with his family, philosophical thoughts and dreamy textures. The sound he brings forward levitates in the golden middle between the ancient woods and the everyday asphalt jungle.

His extended discography includes collaborations with record labels like Echocord, Knowone, Baum, Arts Transparent, Cold Tear Records, Silent Season, ZeECc and Neurotron, aside from his own vinyl-only imprint Redscale as well as Greyscale, who functions as a sublabel. For the past few years, he’s been performing at various parties and festivals in Lithuania and nearby countries, including unforgettable moments in cities like Kyiv, Helsinki, Budapest, Beijing or Tehran. With fresh releases and more gigs planned for the upcoming period, grad_u is ready to unleash his unlimited creativity while being a part of the international electronic dance music scene.

feeder sound 197 mixed by grad_u explores the unique territory of dub techno unfolding as a deeply soothing recording that includes tracks signed by artists like Faded, Heavenchord, Sraunus, Frankie Deep, Delano Smith & Traumer, Vril, Yan Cook and Janeret amongst others. The mix flows with elegance, transitioning from melodic and chilled compositions to more uplifting cuts while keeping a steady rhythm. Closing, you can hear “Jacob’s Dream”, a spacious ambient production from “Dream Observer EP” released by the artist with Echo Echo earlier this year.