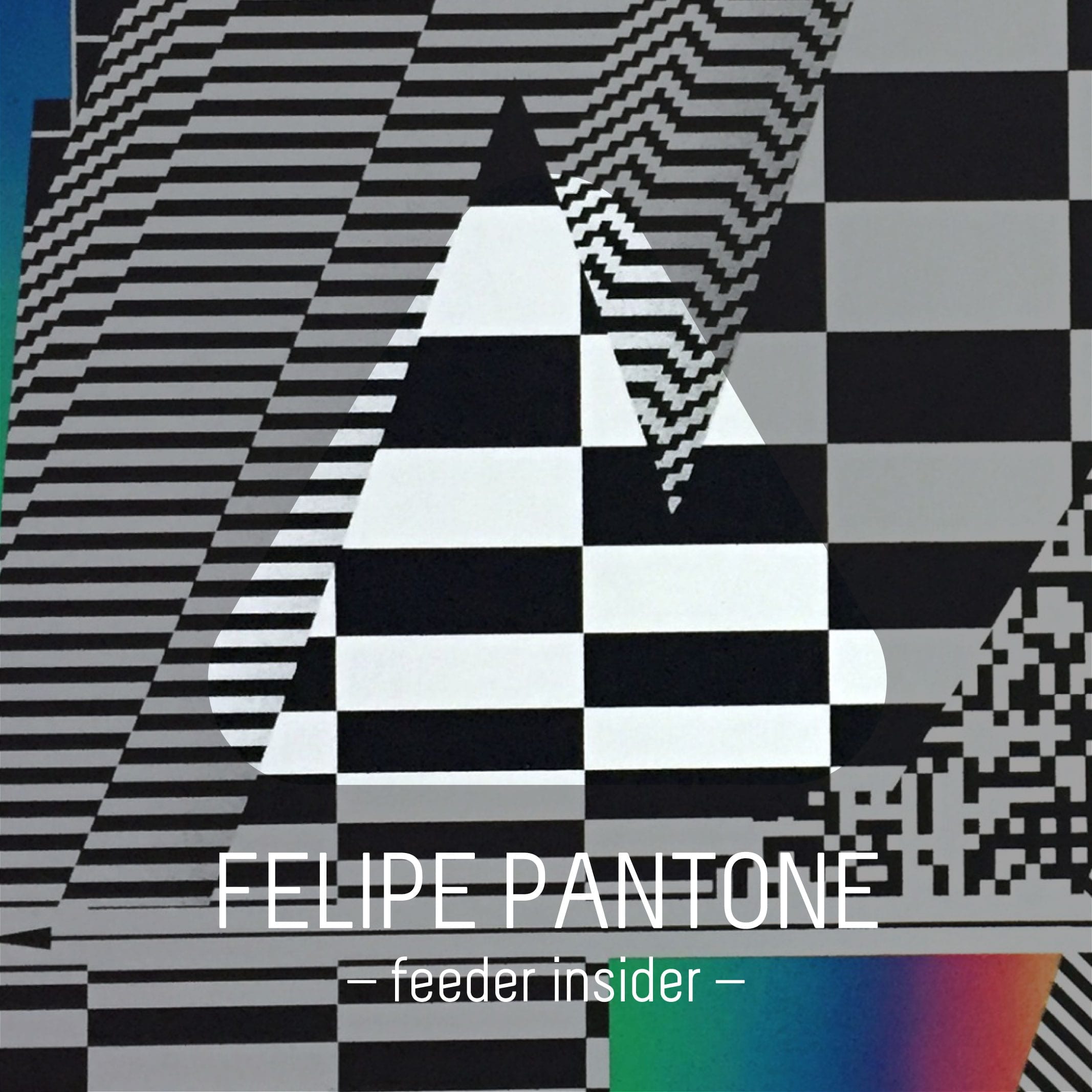 Felipe Pantone is an Argentinian-Spanish artist who started doing graffiti at the age of 12, receiving recognition as Pant1. Based in Valencia, he produces and displays public artworks across the world, in places as diverse as Tahiti, NY, Berlin, Lisbon, Moscow, Dolev (West Bank), Singapore, Seoul, Monterrey, and more. With the occasion of his work on the Ballantine’s True Music Series, we talked to Felipe about the project, his inspiration and the relation between his graffiti and artistic personas.

My favourite Pantone colour is… light.
Without the internet, life would be… miserable.
The best letter to graffiti on a wall is… R.
The most beautiful museum I’ve seen is… Dia:Beacon in Upstate New York.
Three producers I would like to work with… John Talabot, Pional and Maceo Plex.

f: On top of all the astonishing work you’ve done on the walls of the world as Pant1, you’ve exhibited your kinetic inspired visual artwork in the most amazing museums such as Palais de Tokio and Long Beach Museum of Art. How do you explain curators’ elevated interest for your approach?

Felipe Pantone: As my art is on the street, it’s a bit of ‘hey I’m here’. Hopefully, because of my career and what I’ve done before, they’ve happened to see my work.

f: Among all the diverse art projects you developed, your most recent collab was created for Ballantine’s for the True Music Series, an innovative platform to share and visualise electronic music. What drove you to encapsulate your artistic spirit in a uniquely designed bottle tin, available in Romania from November 1st, and where street art meets electronic music?

Felipe Pantone: I think it’s always good to collaborate; take on different disciplines and so why not a bottle. There is a music or a kind-of soundwave element in the bottle artwork, and that’s basically what inspired every piece. That and underground club culture – the recording and production process; the ‘behind the scenes’ of music.

f: You were recently in Moscow for the Ballantine’s True Music Series party, where you showcased your first audio reactive mural. What is the story behind this outstanding visual and musical experience and how was it received?

Felipe Pantone: It was something that I was excited to collaborate with my friend Rosendo on. When he works with my style, good things always come about. We basically took the artwork I created for the Ballantine’s limited editions and turned it into a mural, mapping it digitally and dividing it into motion reactive layers that react differently depending on the frequencies of music. I think the DJs really enjoyed playing their music and seeing my graphics move with it.

f: Your original visual esthetics fusions geometry and digitalisation with kinetics, Op art and abstract elements. What inspired you over the years to arrive at this trademark style and what empowers you to take it further with every piece you create?

Felipe Pantone: My work is all about dynamism, transformation and also, I guess, impermanence.

Those are really important themes in my work. In graffiti, everything is very ephemeral and everchanging; I think it speaks very much to the present moment and time we live in.

f: How did your graffiti persona Pant1 get along with your more artsy side exhibiting throughout museums globally?

Felipe Pantone: For me, they’ve always been two different personas; one was all about being everywhere and painting everywhere and beating other graffiti artists. Through this, I discovered that I could make art but for me, there’s no conflict whatsoever, and it feels good.

f: Your thirst for new media exploited in your artwork is visible from one place to the next. Which press do you identify to be yours indeed and why?

Felipe Pantone: I don’t have a preference. I’m obviously more comfortable with painting as it’s a technique I have been mastering for decades, but I don’t feel that’s all I have to offer. In fact, I want to break free from those constrictions that I’m just a painter. I’m very comfortable having the freedom to explore different techniques and media.

f: In a world chased by illusion you chase the optical illusion as an experience you want to offer. What are the feelings and state of mind you want to generate in a viewer’s mind and soul?

Felipe Pantone: It’s very interesting to have some perceptive gains in the work because you always take a second view. It makes you question things and dig a little deeper. It’s a way of driving people to your artwork and mural and understanding what you can do next.

f: One of your most appreciated artist sensitivities is the relationship you have with bold colours. What is the most impressive power you believe colours have and do you succeed to turn it in your favour?

It’s something that humans are driven to and something very interesting to explore.

f: If you could mix music, paint and technology to create your most complex work of art who would you choose to collaborate with?

Felipe Pantone: David Lynch – he masters all those things.